Chair Jason Nemes of Louisville said they are asking for more information to 'resolve this matter as expeditiously as possible.' 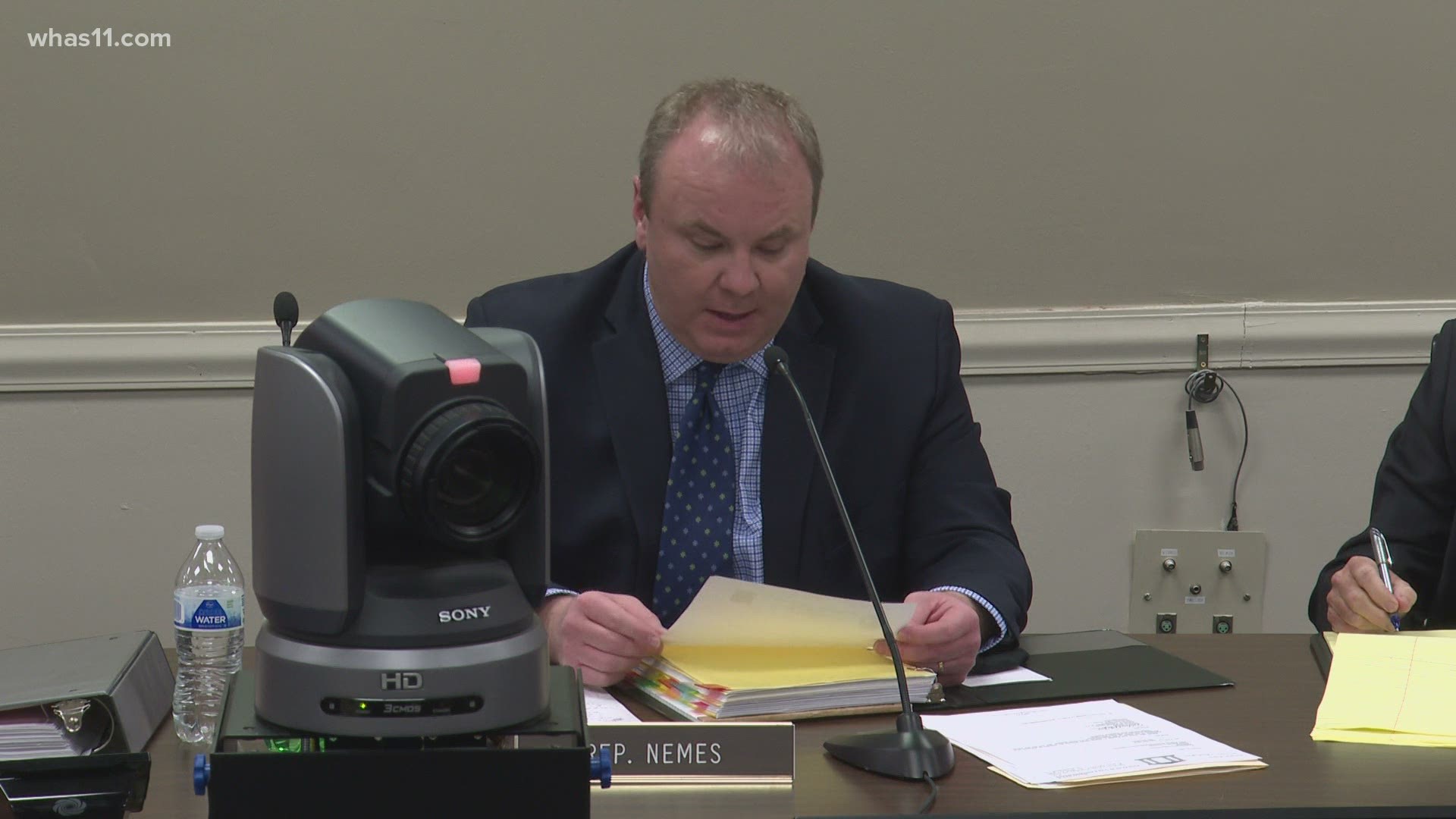 FRANKFORT, Ky. — The Kentucky House of Representatives committee investigating a petition for Gov. Andy Beshear's impeachment said they will ask Beshear for "more information" before deciding their next steps.

The committee could have voted to dismiss the petition or ask for testimony, but it's not clear what direction it will take after spending Wednesday's meeting in closed executive session for about two and a half hours.

Committee chairman Jason Nemes, (R-Louisville) also announced that one of the four Kentuckians, Randall Daniel, who filed the petition for impeachment of Beshear, now wants his name removed from the effort.

Daniel's attorney sent a letter to the committee and the Governor's Office, writing "I told Mr. Daniel that I wish I could grant him some power to turn back time and refuse to sign the pending petition."

The letter went on to state Daniel agreed to withdraw from the citizen's petition after it was explained to him that impeachment “is not a proper response when public officials make policy decisions with which a citizen disagrees.”

The committee said the other three petitioners are moving forward with their effort.

Both Beshear and the remaining petitioners filed their responses for the committee to read Wednesday.

Beshear's attorneys argued the governor has done his best during an unprecedented time, and knows that the electorate will have a say in whether it approves of his pandemic response.

"The Petition cites no facts and little law in a last-ditch effort to upend our constitutional separation of powers," the filing says.

The remaining three petitioners claimed Beshear had overstepped his constitutional authority and accused him of "juvenile" attacks that led to threats on them.

After Wednesday's meeting, Nemes wouldn't say what information the committee is seeing, but did say the letter will be made public once it's drafted and delivered. The committee is requesting the governor respond by Monday, but will allow for more time if needed.

"We will ask the governor to turn that information around quickly so we can resolve this matter as expeditiously as possible," Nemes said.

Beshear during his COVID-19 briefing Wednesday, again criticized the impeachment effort. He said it's not "close to appropriate" and that giving the petitioners "more oxygen is wrong."

"I think it's more than a little silly," Gov. Beshear said. "If I were to allow myself to be intimidated or bullied by petitions or others in the midst of COVID, it would cause me to either make decisions or not make decisions that would cost the lives of Kentuckians."

The impeachment committee did not have time to discuss another petition to impeach Rep. Robert Goforth, over his indictment for allegedly strangling his wife last year. That could be taken up at the next committee meeting.

The committee hasn't set dates for any future meetings.