Kentucky governor responds to impeachment petition ahead of committee meeting

Kentucky Gov. Beshear accused petition filers of trying to intimidate and fan the flames of hate 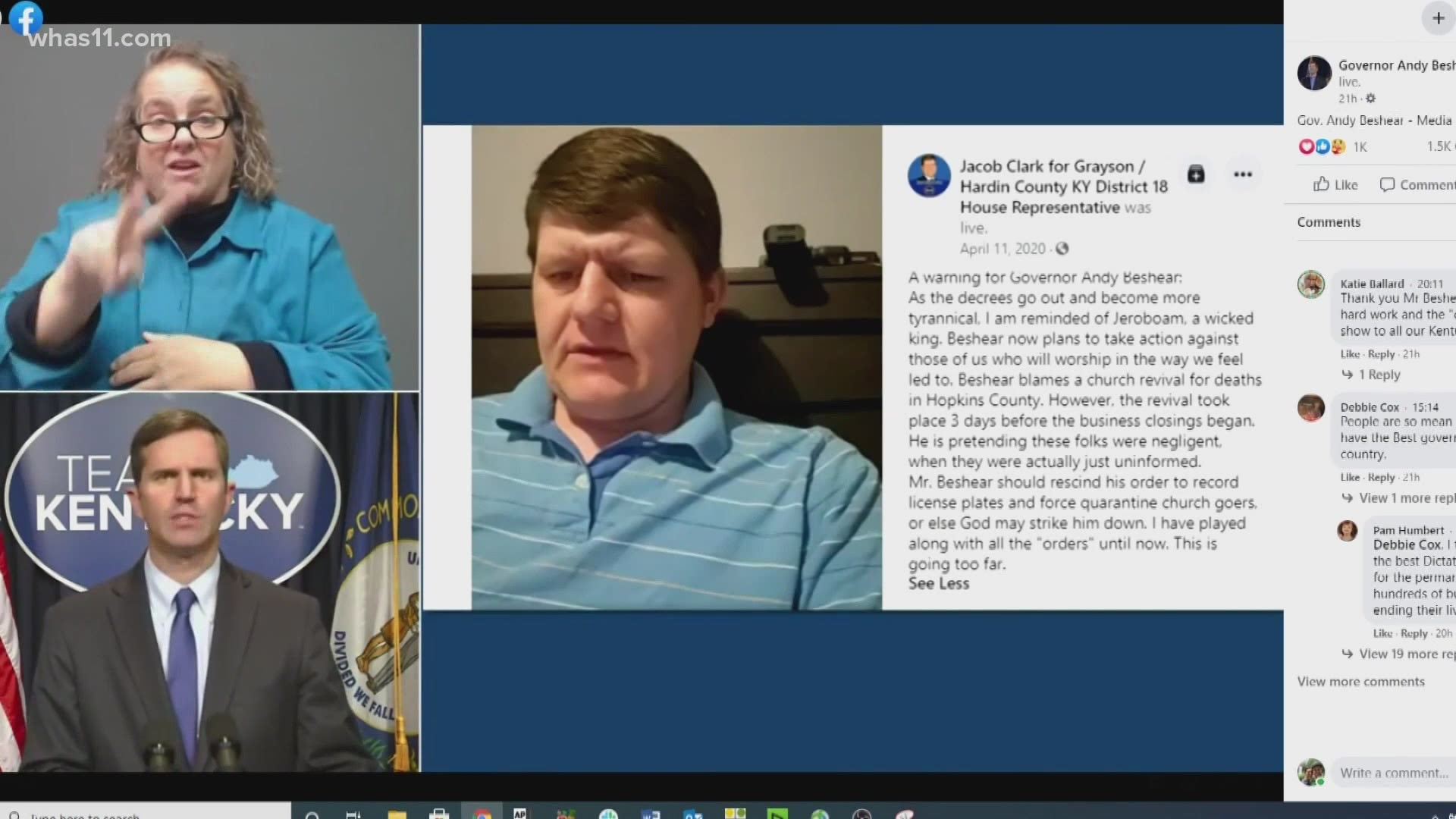 FRANKFORT, Ky. — The efforts to impeach Kentucky Gov. Andy Beshear have resulted in a war of words between him and those calling for his ousting.

As the committee investigating an effort to impeach Beshear prepares for their first meeting Wednesday, Beshear accused petition filers of trying to intimidate and fan the flames of hate.

"These are the people that are out there trying to undermine our democracy in any way that they can," Beshear said.

One of the filers organized a rally that included the governor being hung in effigy, while Beshear said another posted a video threat.

"This is a video on Facebook where he says that God is going to smite me, and that is his handgun right over his left shoulder," Beshear said.

Petitioner Jacob Clark responded on social media, calling Beshear a liar who he says left out a part of the video where he specifically says he would not want to see any harm come towards the governor.

Beshear has also accused Republican leadership of playing "paddy-cake" with militias by forming the committee.

House Minority Leader Joni Jenkins said she did not approve of forming a new committee, but did not challenge it because her caucus was heavily outnumbered.

While Jenkins said she believes the public has the right to know who filed the petition and where it is coming from, Speaker David Osborne said he was not pleased by what he heard.

Ahead of the committee meeting, the House assigned the same group to handle a petition for the impeachment of Rep. Robert Goforth, who has been accused of domestic violence and indicted on assault charges.

The committee is set to discuss its rules and when they'll meet to hear evidence on the Beshear petition Wednesday night.