The judge has not made a decision to grant holds on Senate Bills 1 and 2, both part of Beshear's lawsuit. 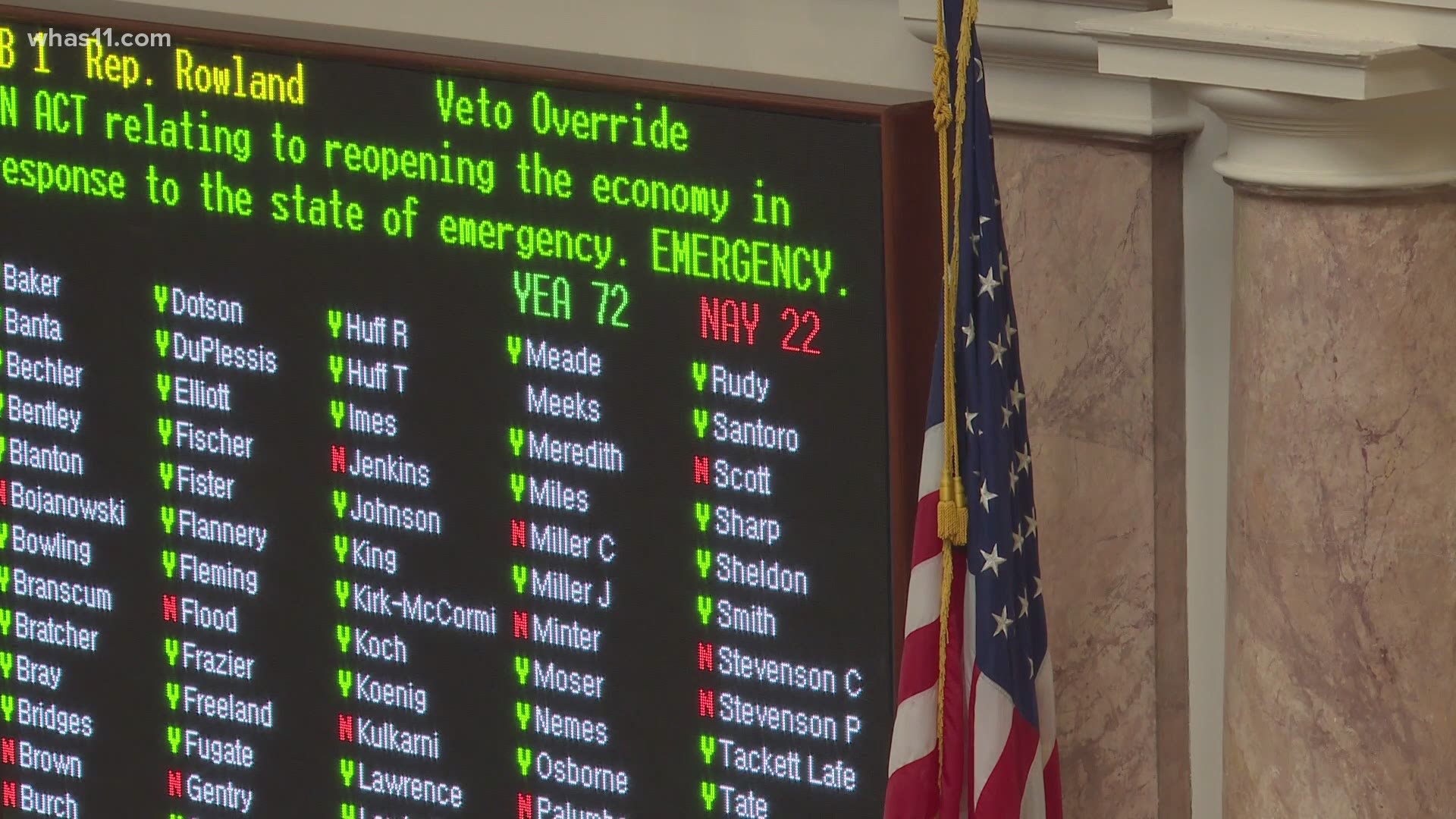 Beshear's lawyer told Judge Phillip Shepard he wants to prevent House Bill 1, Senate Bill 1 and Senate Bill 2 from becoming law while the case works its way through the court system.

The bills are part of six overrides passed by the Republican supermajority Tuesday.

House Bill 1 was a wide-ranging "reopen bill" that would allow businesses reopen if they follow CDC guidelines, let select visitors see long-term care facility residents and prevents the Cabinet for Health and Family Services from denying visits between children and their non-custodial parents.

In a statement, Senate President Robert Stivers said, “The denial of the restraining order and injunctive relief concerning Senate Bills 1 and 2 is the appropriate ruling. We want to look further into the restraining order and injunctive relief on House Bill 1 to better understand Judge Shepherd’s rationale. However, it is apparent from the court’s ruling that the majority of the actions of the General Assembly were within the law.”

Beshear's attorney Amy Cubbage offered a warning if Shepherd does not order a stay on the bills.

"This can be interpreted to completely undo the mask regulation and any capacity limits," Cubbage said. "We could have large-scale events tomorrow. We already have litigation filed to attempt to order schools be back in 100% capacity in-person immediately."

A lawyer for Attorney General Daniel Cameron argued against a stay.

"The legislation did not affect or upset anything that Governor Beshear has done," the attorney said. "In fact, the 30 day clock that the legislation creates is likely now running."

Shepherd did not agree that the clock was ticking for Beshear's orders, but did recognize the need for quick answers to put the brakes on the bills. His ask was simple, try to talk this out.

“Work in good faith to try to resolve these issues, so we don't have a cloud of uncertainty about what rules are going to apply moving forward in fighting this very deadly public health pandemic that is plaguing the state, and the country, and the world now," Shepherd said.

Talking it out is something both sides have failed to accomplish since before this pandemic began. The case will surely go to the Supreme Court for a final say, which could take months.