The protesters were charged with intimidating a participant in a legal process after a demonstration on Tuesday. 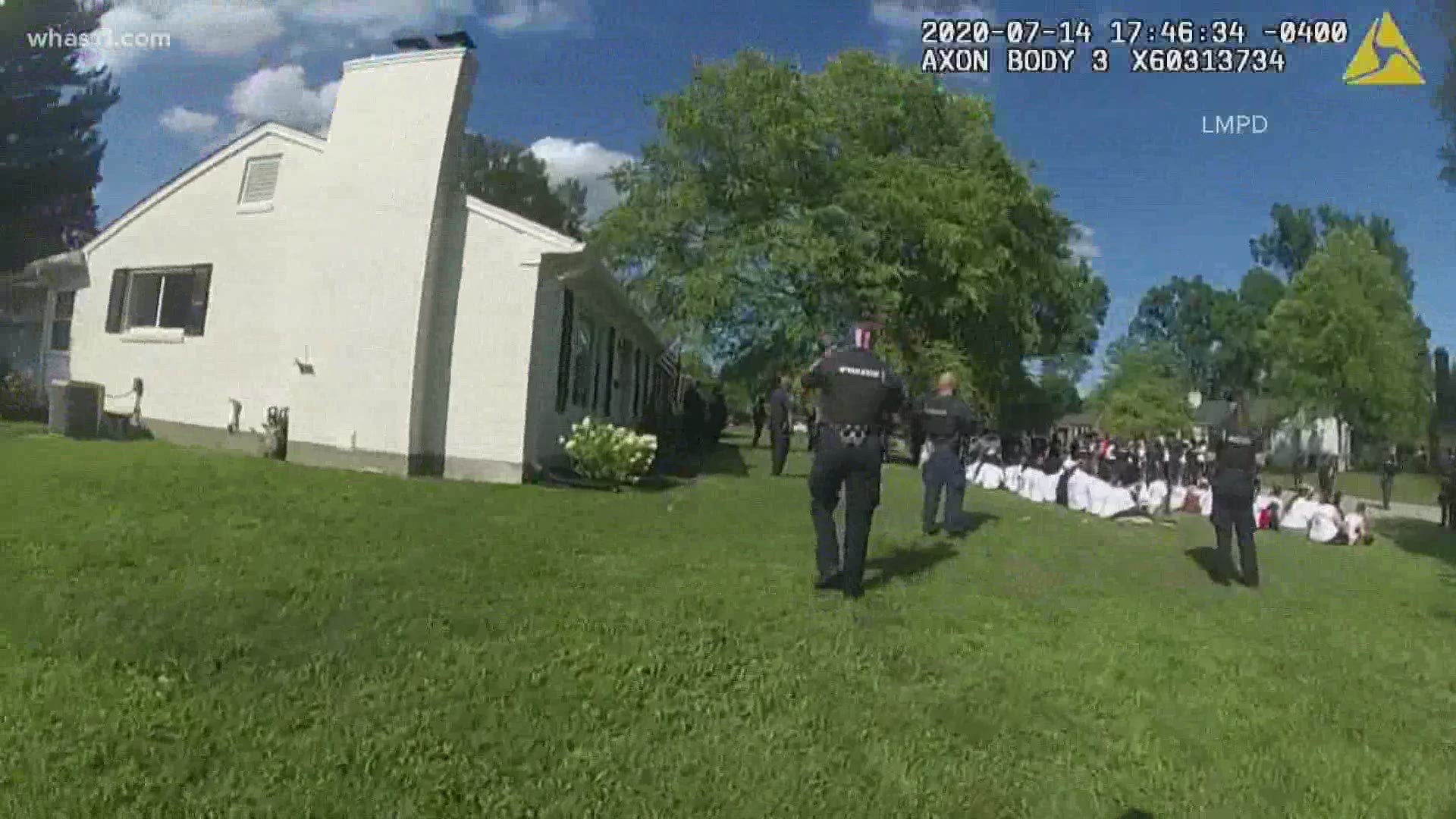 A statement from Special Adviser Jessie Halladay said LMPD commanders heard the demonstrators say on a livestream that they planned to go to the attorney general's home, even though they knew he was a participant in the Breonna Taylor investigation.

According to police, the demonstrators said the intent of the protest was to "escalate" their actions, which police said had indicated violent or destructive behavior in the past. The commanders also said they heard the protesters say they would "burn it down," referring to Cameron's home, if they did not get what they wanted. LMPD included two videos, one filmed on an officer's body camera, showing the alleged chants. 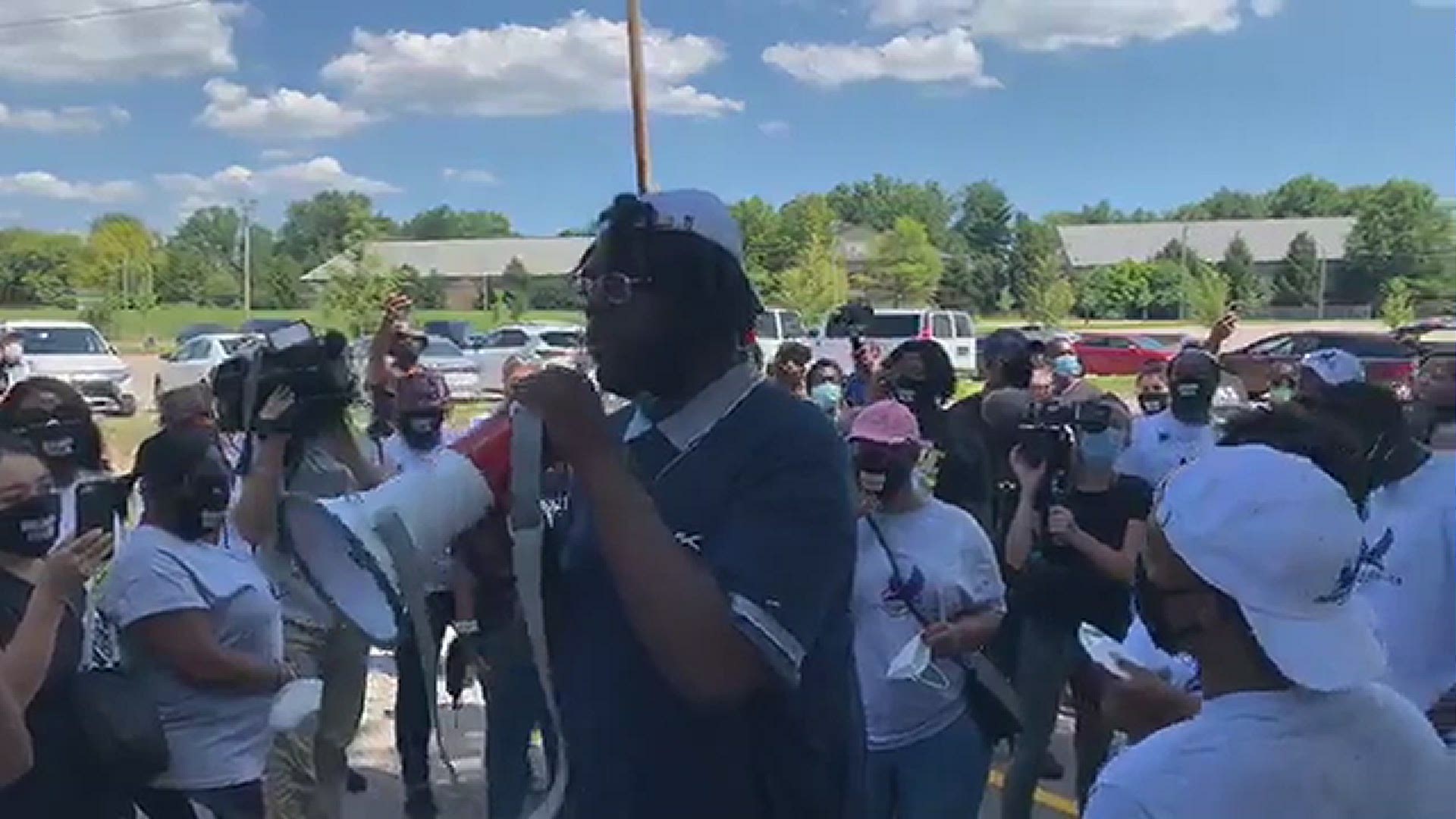 When they arrived at the attorney general's home, Special Adviser Halladay said the protesters "entered the yard without consent, searched through his windows, and occupied the street." LMPD officers on the scene spoke with AG Cameron's security personnel, who said the demonstrators should be removed.

LMPD commanders warned the protesters that they would face criminal charges if they didn't leave the property, according to the statement from police, but several returned to Cameron's yard and refused to move.

Special Adviser Halladay's statement said the officers heard members of the group once again chant the phrase "burn it down." 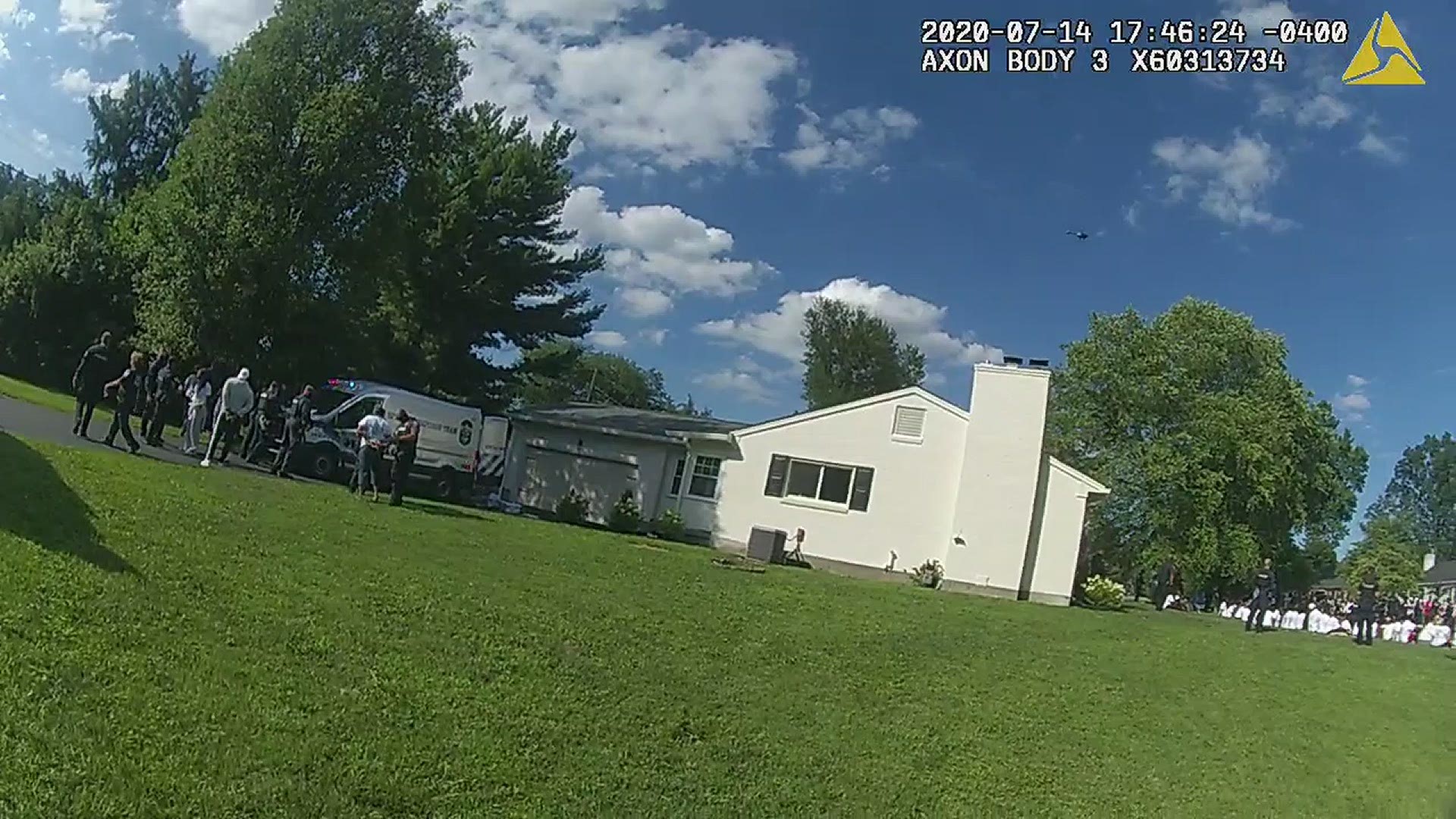 "These actions were taken to mean a threat of violence toward Attorney General Cameron, leading to the decision to charge under KRS 524.040," Special Adviser Halladay said.

KRS 524.040 is a Kentucky state statute forbidding the intimidation of participants involved in a legal process. Halladay said the following portion of the law pertained to this incident:

Influences, or attempts to influence, the testimony, vote, decision, or opinion of that person.

Force by definition can be actual or implied and is the power, violence or pressure directed against a person. Entry into the ground of another without consent is an example of implied force.

Under Kentucky law, if a person is convicted of a Class D felony, they will face between one to five years in prison.

LMPD Special Adviser Jessie Halladay released the information "due to the continued interest in the decision," according to a statement.

Many of the 87 protesters arrested on Tuesday were released Wednesday morning. Following the protesters' release, the lead organizers of Until Freedom, a New York-based organization that helped organize Tuesday's protest, said they will not be intimidated.

Protesters and the social justice organization said they never used the phrase "burn it down" and did not hear anyone make threats. Linda Sarsour, the co-founder of Until Freedom, said demonstrators were chanting, "If we don't get what we want, shut it down," referring to the judicial system.

WHAS11 contacted the County Attorney's Office. The spokesperson said they were not involved in the charges but will review each case and the evidence individually.