Just like Matt Bevin, as governor, Andy Beshear is aggravated with a capital 'AG' 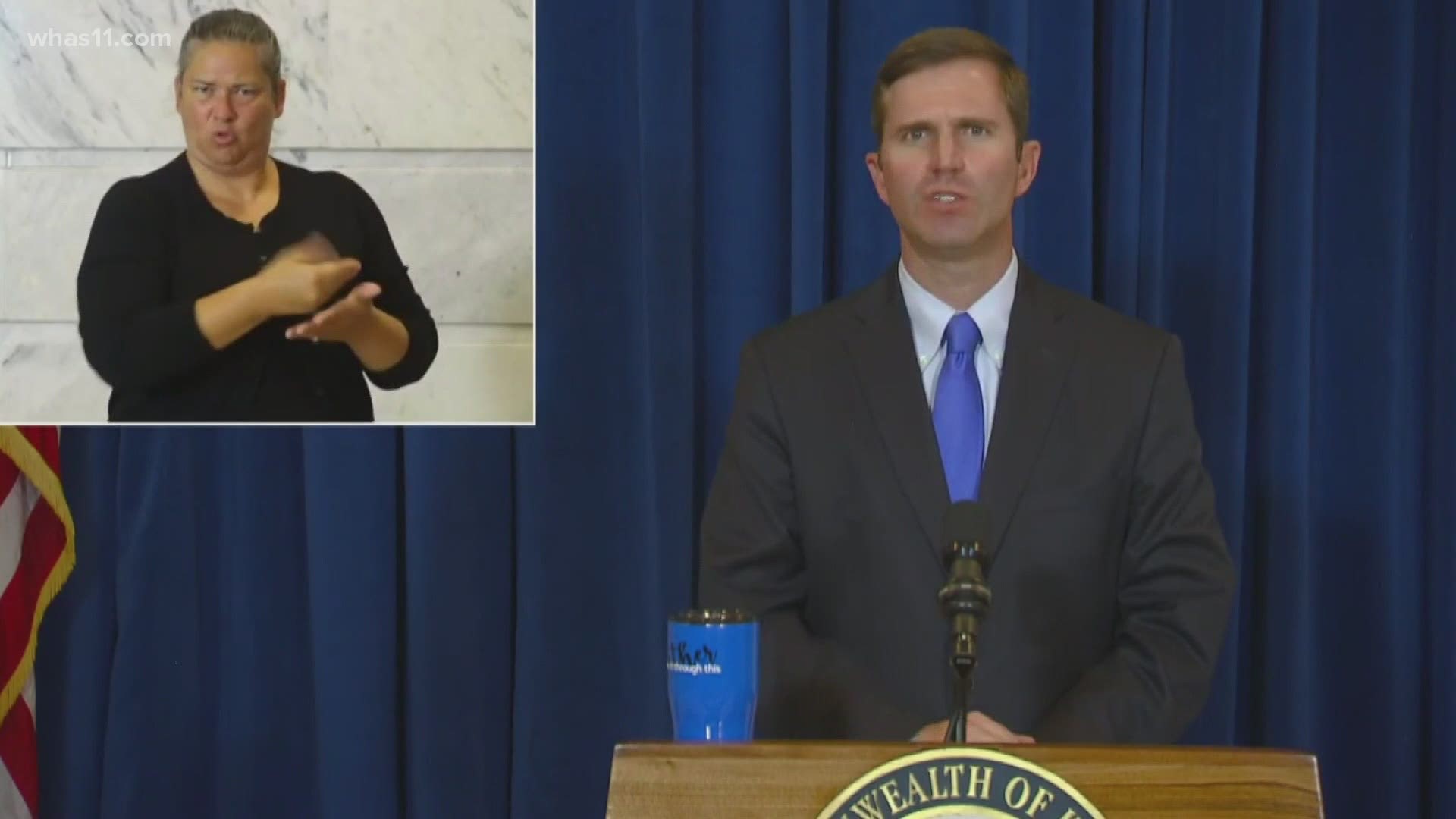 FRANKFORT, Ky. — Lawsuits have been flying for the past couple of months focused on Governor Andy Beshear's executive orders as those question his mandates as a pandemic power play.

It wasn’t that long ago (December to be exact) that newly sworn in Beshear was giving Daniel Cameron a glowing review.

“I know that he is compassionate," Beshear said at Cameron’s swearing-in ceremony. “And while sometimes we may disagree on some things, I know that he comes from a good place and his convictions are real.”

At a Thursday news conference, Beshear channeled his predecessor when he threw verbal jabs at judges and Cameron for previous lawsuits.

“This shouldn't be political," Beshear said. “And it all seems to be. The AG in Kentucky is the only AG in the country suing their governor over these restrictions."

It was just a matter of time before things came to this. After all, this is Kentucky politics.

During his four years in office, Gov, Matt Bevin had the sharpest tongue in Frankfort for then-Attorney General Andy Beshear and any judge who stood in his way of power over budget cuts, board appointments, abortion and pensions.

"That's an order from a judge in Northern Kentucky, again elected by a few thousand people as opposed to statewide," Beshear said.

Just like Bevin, as governor, Beshear appears to be feeling aggravated with a capital "AG."

"I’m not responding to Daniel Cameron's response to what I say up here," Beshear told reporters at the Thursday news conference.

On Friday, Beshear said his office has appealed the judge's previous restraining order, saying he expects the Court of Appeals will overturn the decision. His mask mandate is still in effect.

Time will tell if Kentucky sees as much court time the next three and a half years as it did during the four years Bevin and Beshear went back and forth. In age of pandemic uncertainty, one thing is for sure: something is getting back to normal — Kentucky politics.

RELATED: Masks are now required in Kentucky. Here's what you need to know.