McGrath says McConnell represents 'everything that is wrong with Washington'

The Senate candidate said McConnell "literally is the swamp," questioning his urgency on an upcoming COVID-19 bill. 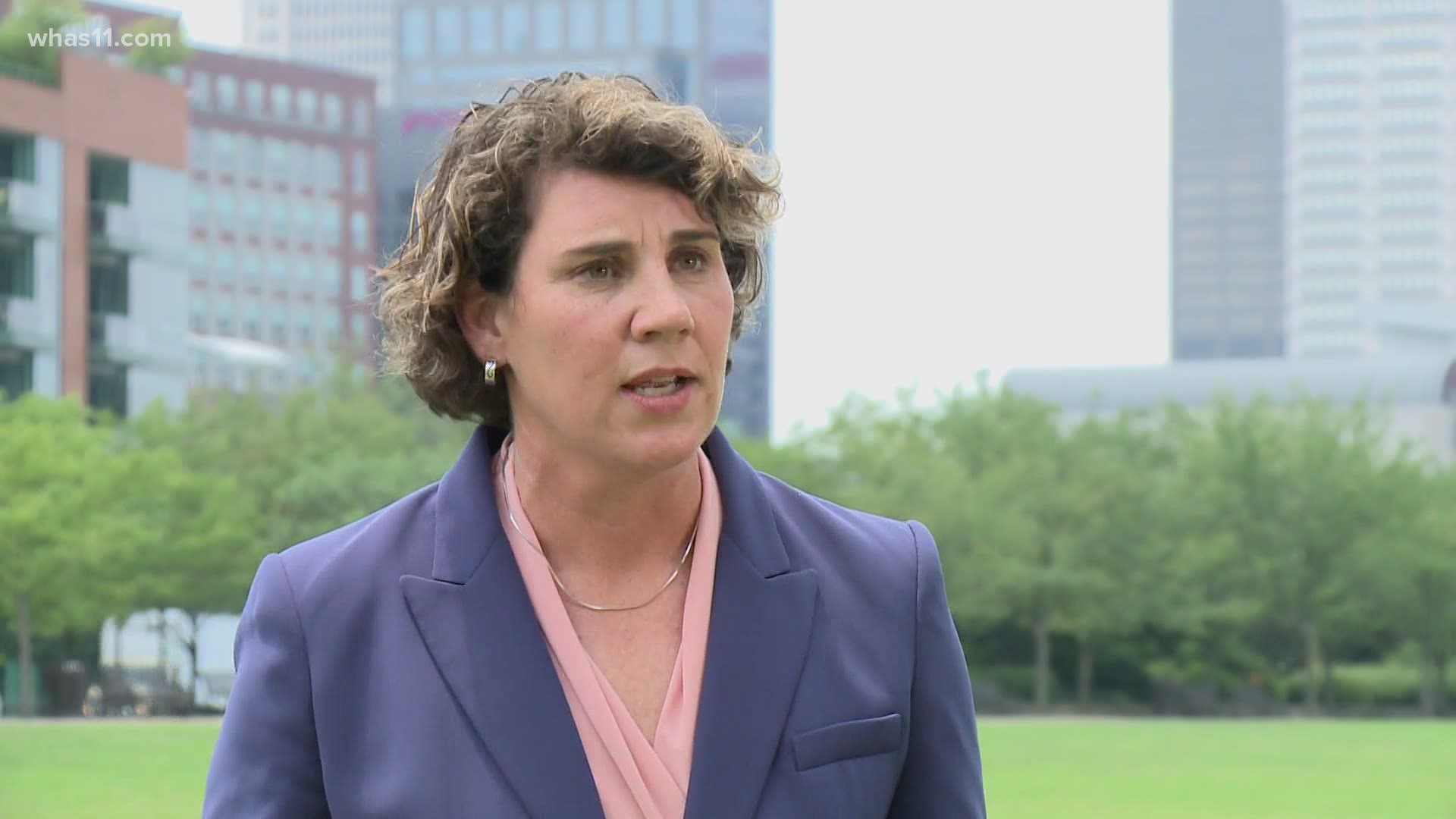 GEORGETOWN, Ky. — Democratic candidate for U.S. Senate Amy McGrath said Senate Majority Leader Mitch McConnell is "everything that is wrong with Washington" in an interview on ABC's "The View."

"He literally is the swamp, he built it, and look where it's gotten us right now," McGrath said.

The former Marine fighter pilot said she believes Kentuckians are ready for a change, calling on his low approval ratings.

"We have a lot of problems in Kentucky...we are being hit hard and people are saying, 'Look around. Things are not getting any better,'" McGrath said. "This man has been in office for 35 years...no one should be in office that long."

In June, McGrath overcame a late surge from progressive candidate state Rep. Charles Booker, who was backed by top Democrats like Bernie Sanders and Elizabeth Warren. She spoke about her role in the Democratic party, saying she would put the state's needs before her party's, something she says McConnell does not do.

In a statement, a spokesperson for McConnell's campaign said McGrath is "living in an alternate reality narrated by talkshows and MSNBC pundits."

"McGrath is a failed candidate whose only chance to be relevant is by falsely attacking Leader McConnell’s indisputable record of delivering for Kentucky," Press Secretary Kate Cooksey said.

McGrath, though, called out McConnell for not having urgency in while working on a new coronavirus relief bill.

"He's had all this time to work on this...and he just had no urgency," McGrath said. "And now all of a sudden we've got all these benefits ending and people are really hurting. It's pathetic."

McConnell has previously stated that the original proposal would come from his office. He said he wants package provisions to include help to get kids back in school, a stimulus for job creation and funding for healthcare in addition to liability protection against COVID-19 lawsuits.

The Senate Majority Leader also said he wants direct payments in the upcoming bill but did not provide any further detail Tuesday.