Adams won’t 'compromise' himself with opinion on Bevin recanvass 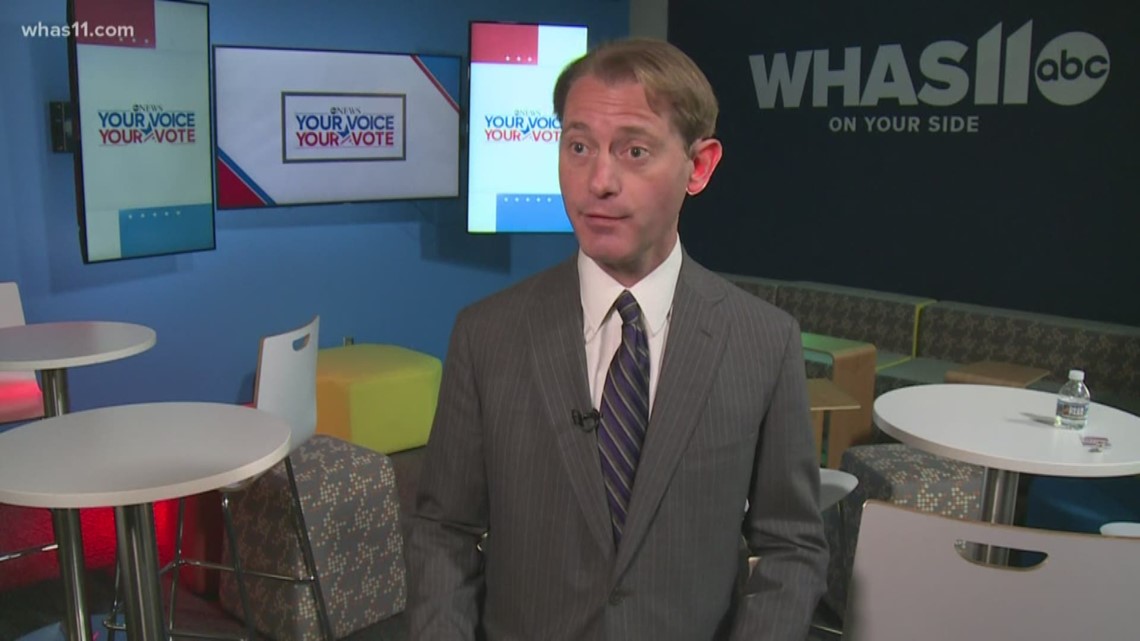 LOUISVILLE, Ky. — He has not yet taken office but he'll be there for the recanvass. Kentucky Secretary of State-elect Michael Adams says he'll witness the process requested by Governor Matt Bevin to recheck election night returns.

Michael Adams would not say where he stands on Governor Bevin's request but did say he appreciated Secretary of State Alison Lundergan Grimes extending an invitation to witness what happens next Thursday.

"Obviously those sorts of allegations are concerning”, Adams said of the allegations made by Mr. Bevin that irregularities took place. “I think people want to see evidence of that, it doesn't mean he has to run it out at the moment. He has a right to recanvass, of course. At some point fairly soon, if there is evidence of that, we need to see it.”

The Secretary-elect said he did not want to compromise himself in case the process continues after he's sworn in in January. This week, outgoing Secretary Alison Lundergan Grimes explained why she wanted him involved in the recanvass.

"I actually made the invitation that should he want to be part and involved and help to learn what it is about to be in the Office of Secretary of State to oversee a recanvass, I would welcome him”, said Grimes.

"I think it does send a good signal to have Alison Grimes and me both there, of different parties, supervising this process”, Adams said. “Obviously, I won't have a formal role in it but I'll observe it.”

Adams' victory over former Miss America Heather French Henry was the biggest election night surprise, but the experienced political attorney said he wasn't shocked despite summer polling data that showed her well ahead.

He says that data also showed that while people knew the name, they didn't know it for election issues.

“You can fix low name ID, that's what I did. I, fortunately, was able to outspend her in advertising and layout a contrast about our qualifications and our ideas and that's what made the difference”, he said.

You can see more of his explanation of the win, by clicking here.