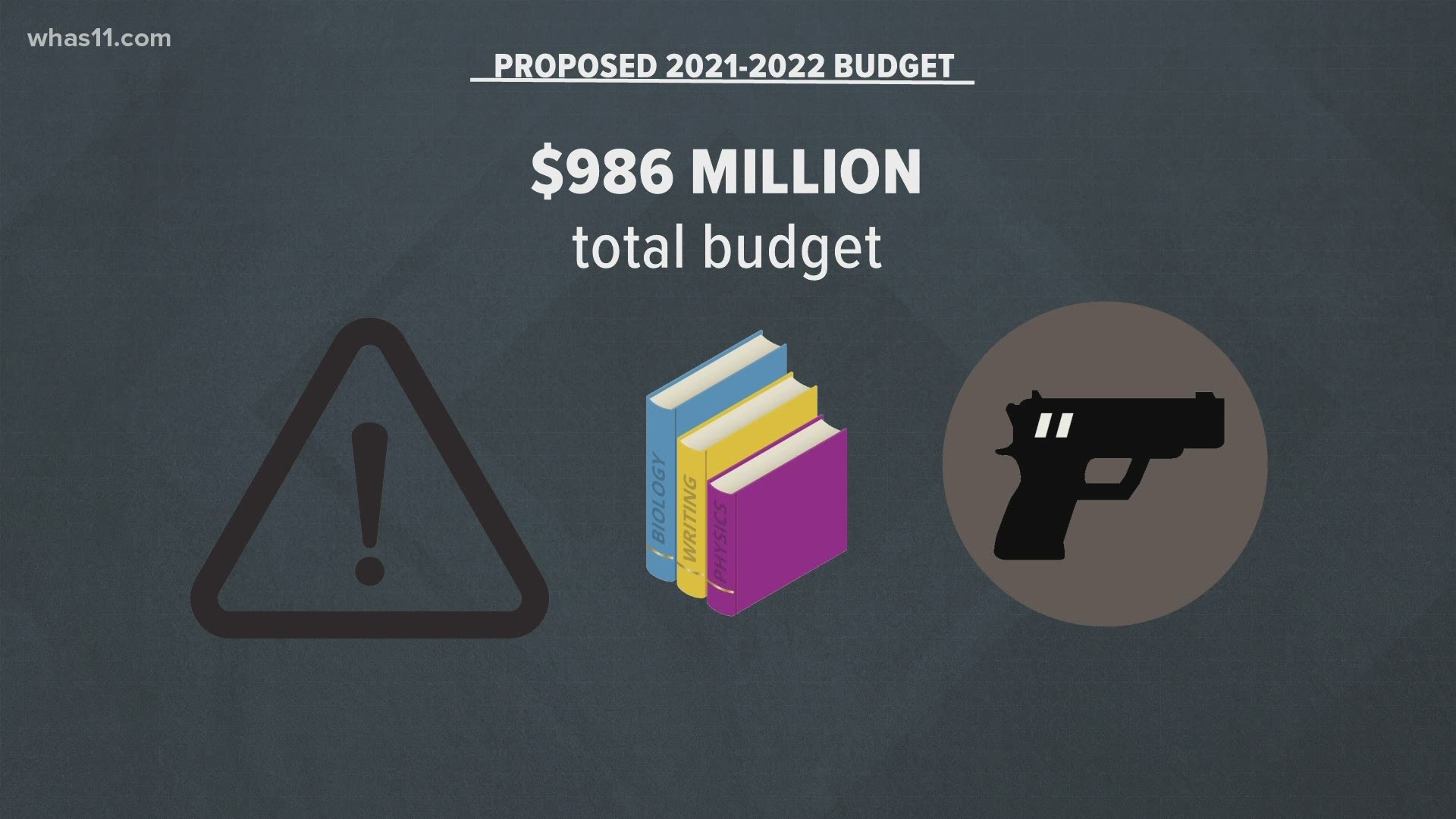 The close to $1 billion budget comes a year after the city saw a $115 million budget shortfall amid the COVID-19 pandemic.

"Our city is regaining the momentum we had prior to the pandemic," the mayor said. "We're seeing a growing economy and a limited return of tourism and more in-person events. We've vaccinated about 330,000 Louisvillians, edging us close to herd immunity against COVID-19."

Amid uncertainties for the ongoing COVID-19 pandemic, Metro Government's General Fund revenue estimated a higher-than-expected revenue with an increase from $613 million to $647 million.

During the address, Fischer highlighted his office's commitment to the reimagining of public safety. Part of the budget quadruples the city's efforts in violence prevention from $5 million to $19 million. Of the $19 million, $5 million is allocated to new 'deflection and diversion' programs.

"Because some situations should have a social service response, rather than law enforcement, particularly when dealing with people who are struggling with homelessness, mental health challenges or substance use," Fischer said.

The mayor noted that the proposed budget reflects that producing safety requires a "whole of government" and "whole of city" approach.

"Public safety in general and policing in particular are a critical crossroads in Louisville and America," Fischer said. "Think more broadly about how to create a safe city with fewer arrests and less incarceration for non-violent offenses."

Fischer's proposed budget also outlines a way to invest in youth services and gives help to local small businesses. It would invest $2.7 million in Small Business Assistance as well as giving a combined $4 million for the Evolve502 and SummerWorks programs.

Additionally, $20 million would be allocated for paving and $2 million for sidewalk repairs in Louisville. The Clean Collaborative would also receive money to revitalize city roadways and neighborhoods.

The mayor credited the federal government's assistance throughout the pandemic including $156.7 million in COVID-19 related aid Metro Government has received since last year.

However, that funding is not part of the proposed budget. The US Treasury Department will not be set until mid May but Fischer expects those funds could create new opportunities in Louisville.

"If the last year has taught us anything, it's that while we can't predict the future, we must prepare," Fischer said in closing. "We must plan and adapt while we cultivate in out community the timeless qualities that will help guide our future: resilience, innovation, equity and compassion."

There will be two opportunities for the public to speak on the budget: May 13 at 6 p.m. and May 27 at 5 p.m. Registration is required. Guidance and information on how to register can be found here.