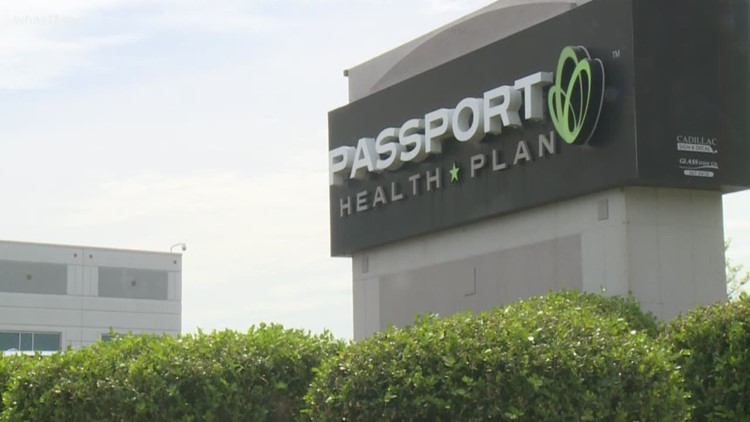 LOUISVILLE (WHAS11) -- Passport Health Plan is postponing construction on a new headquarters at 18th and Broadway in Louisville, Ky.

This comes as the organization attempts to resolve a dispute with the Kentucky Cabinet for Health & Family Services. Passport is seeking relief from a reduction in reimbursement rates that disproportionately impacts Medicaid beneficiaries in the Louisville area, where the majority of Passport’s members reside.

Passport broke ground on the four-story, 337,000-square foot building in March 2018 and had plans to start using the building by early 2020. Those plans are now on indefinite hiatus. Contractors will halt construction the weeks to come once the site is secure.

“While we remain passionate about the continued revitalization of West Louisville and hope to play a significant role in those efforts in the future, we have no choice but to delay any further work on Passport’s new headquarters building,” said Passport CEO Mark Carter. “This greatly saddens me because of the promise it holds for a vital part of our community. But, our immediate priority is to preserve the future of our organization, for the more than 310,000 members we serve and our nearly 700 employees.”

Metro Councilwoman Barbara Sexton Smith called the decision devastating, and said it would catastrophic for not only Louisville but the entire state.

"This is an absolutely unnecessary but devastating blow," Sexton Smith said. "It sends a message to all Kentuckians that not every Kentuckian is important."

In December 2018, Passport announced three national Community Development Entities (CDEs) would invest $24.35 million in New Markets Tax Credits (NMTC) to help bring the headquarters development to fruition. The project qualified for the NMTC funding due to its key role in the revitalization of west Louisville. It has been viewed as an economic development boon and a catalyst for future development in an area that has long struggled with health and income disparities, among other challenges.

The development was projected to generate more than 300 new jobs in the coming years and has received widespread support from area residents, community leaders, elected officials and others.

Dreema Jackson, a Louisville native who has lived in west Louisville her entire life, said the development brought hope to a lot of community members.

"It was uplifting. People were feeling hopeful. People were finally saying they're paying attention to the west end," Jackson said.

When residents found out Passport may not finish the project, Jackson said it felt like the state was penalizing west Louisville.

Steve Poe, Poe Companies CEO and Board Chair of OneWest, a community development corporation focused on revitalizing west Louisville through commercial development growth, said he would be disappointed if the development did not finish.

“The Passport headquarters is a crucial part of the ongoing efforts to revitalize west Louisville and holds immense promise for the future of the neighborhood, city and region," Poe said.

Adam Meier, the Cabinet for Health and Family Services secretary, said rate setting is done by independent third-party actuaries, and they will not "operate outside of federal law and guidance, as Passport apparently requests."

"While we certainly recognize and appreciate Passport’s community investment in recent years, we agree it is a prudent move to delay costs associated with the new headquarters in order to ensure Passport’s payments are made to the many providers registering complaints with the Department for Medicaid Services about Passport’s nonpayment of claims," Meier said.