The boys started a lemonade stand to raise over $3,000 for a Kevlar vest for K-9 officer Hundo. 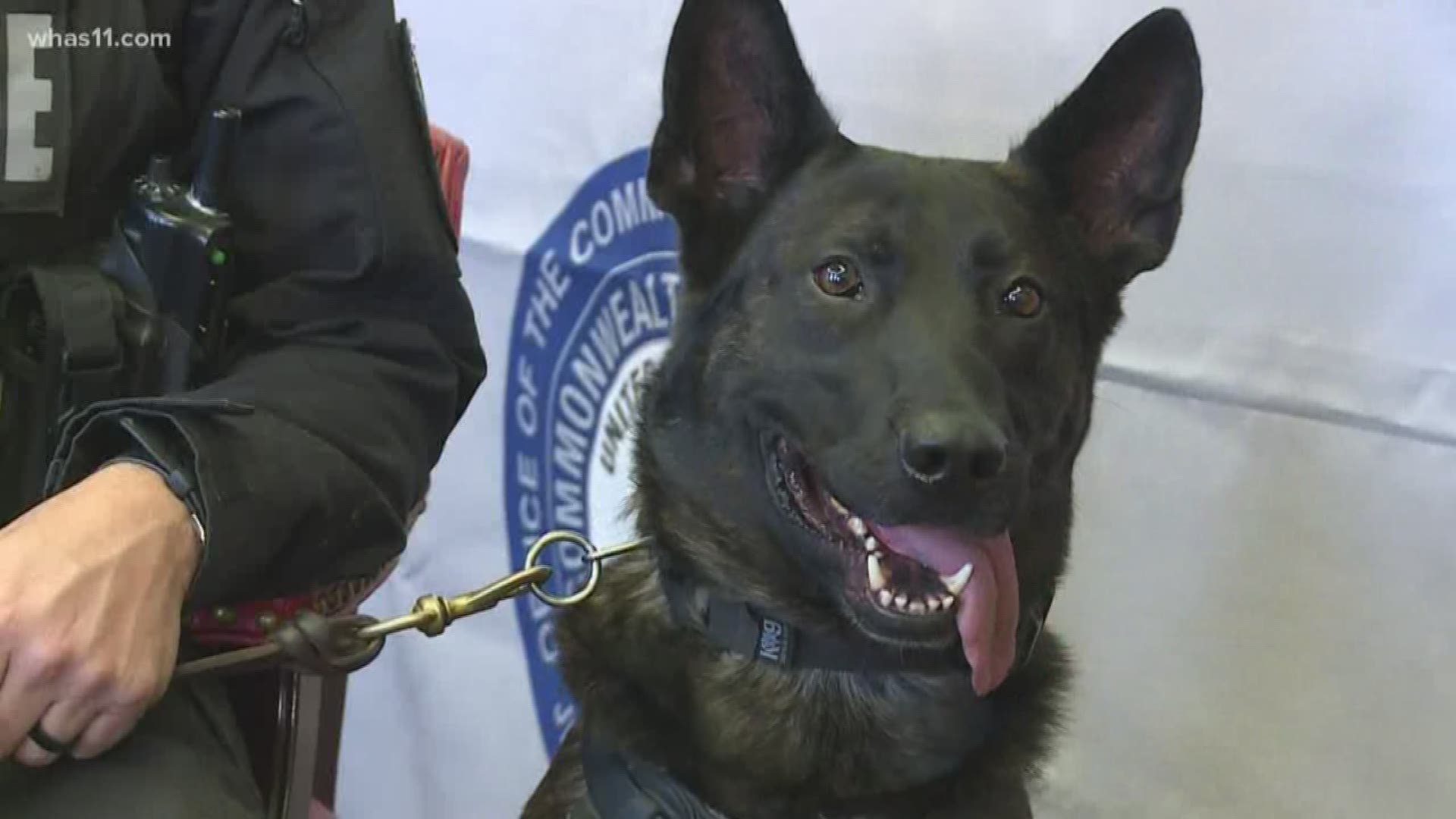 Wednesday morning, the Commonwealth's attorney's office went to the dogs!

K-9 Officer Hondo and his handler, Officer Nimmo, were presented a bone shaped check for $3,179.86.

"I would say, 'We're raising money for an LMPD K-9 named Hondo to get him a bullet proof vest,'" Jack said on their approach of asking people to donate at the lemonade stand.

Jack and Finn spent some of their summer vacation hosting lemonade stands.

Officer Nimmo appreciates the hard-earned donation and says he thinks Hondo would say he does too if he could talk.

"Having him protected..." Officer Nimmo began.  "It's unreal to think that an 8 and 11 year old took this task on their shoulders and did what they did to provide for a dog that up until a month ago they had never met."

Then the Commonwealth's Attorney himself, Tom Wine, threw Hondo a bone. No really, he presented Hondo with a bone shaped cookie, thanking the k-9 for his service.