'I’m lucky to be alive': Officer injured in crash explains importance of 'Move Over' law

Officer Yosef C. Raskin was on the shoulder completing paperwork when he was hit from behind by a vehicle 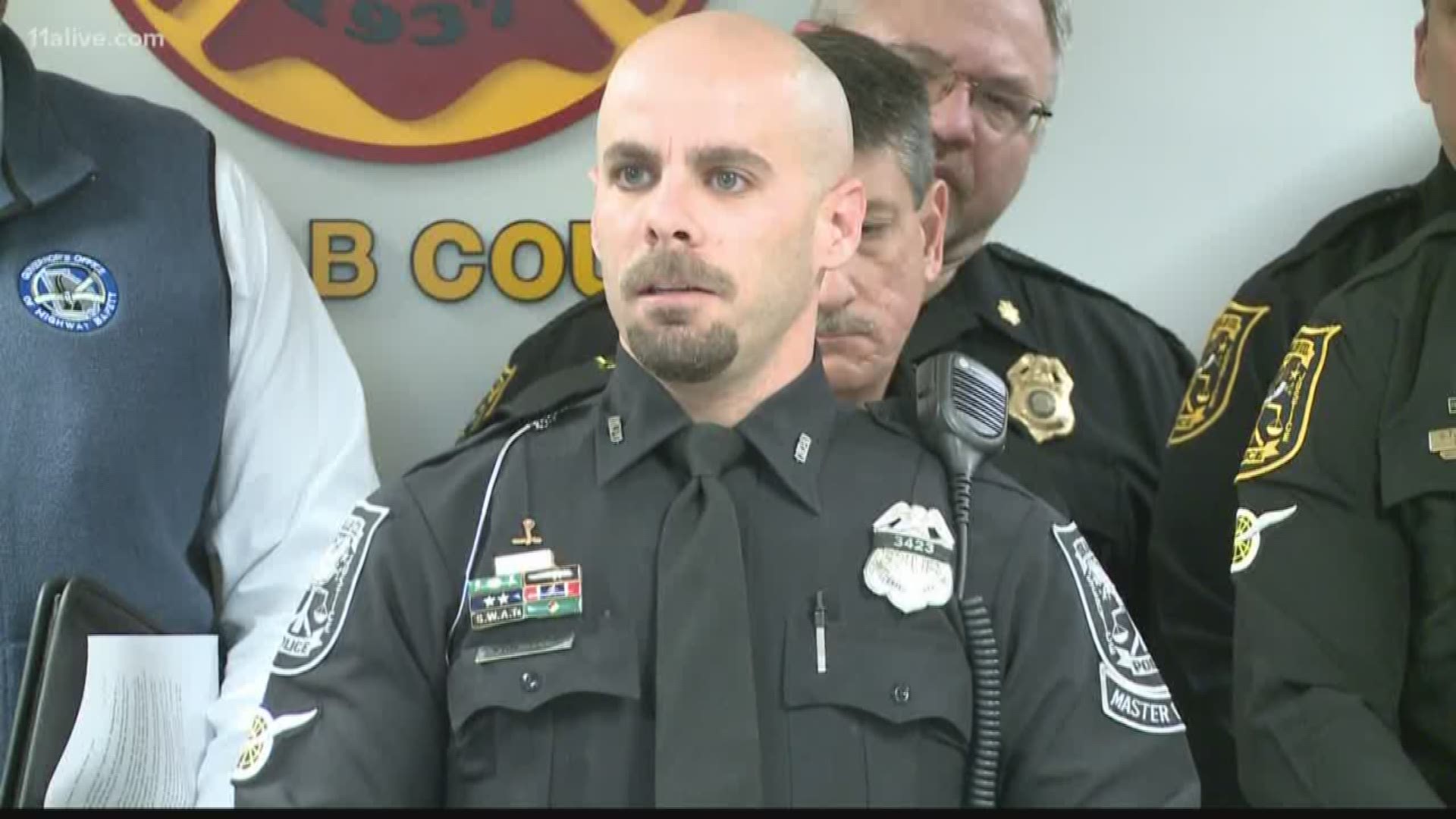 DEKALB COUNTY, Ga. — It's been seven weeks since a DeKalb County officer was hurt when his police cruiser was struck along I-20 between Candler Road and Flat Shoals.

That Dec. 5 morning, authorities said officer Yosef C. Raskin was on the shoulder completing paperwork when he was hit from behind by a vehicle.

He said he still had his emergency equipment activated from the traffic stop he had just conducted.

"The driver that failed to obey the 'Move Over' law and was actually driving distracted ended up colliding with me," Raskin said.

He said he was pushed across four lanes of traffic. The other vehicle overturned.

"I had a concussion a bulge in my disc, a slight rotation in my lower spine," he said. "I had 10 stitches in my nose."

"It put me out of work for about six weeks and I still have some injuries I'm recovering from," Raskin said.

Raskin has always believed the "Mover Over" law was important, but he said it's personal now.

“I’m lucky to be alive here," he said."My wife, my kids - they never expected nothing like that to happen. We know it can."

Georgia’s "Move Over" law requires motorists traveling in the lane adjacent to the shoulder to move over one lane when emergency and utility vehicles are stopped on the side of the highway and operating in an official capacity.

RELATED: Officer injured after vehicle strikes patrol car on side of highway

“The law was enacted in 2003 and, since that time, we’ve saw a great improvement when it comes to people being more aware," said Allen Poole, director of the Georgia Governor’s Office of Highway Safety. “You always can’t move over, but the law tells you to slow down if you cant move over."

"The whole objective is to be aware of your surroundings," he added.

Poole's office, AAA, and others gathered Thursday to hold an event to bring attention to the law and Move Over Week.

“Every single day we need to give attention to the 'Slow Down, Move Over' law, so these men and women can go home to their families, to their children and to their friends," said Garrett Townsend of AAA.

"If you see a police car or any emergency responders or even a HERO or tow trucks, and all that stuff on the side, slow down, pay attention, and move over," he said. "Because we’re all trying to get home at the end of the day.”

Sophie's Nightmare: How a Georgia mother allowed her boyfriend to impregnate her 10-year-old

Does the new food stamp rule affect you in Georgia?