Nonstop flights from Louisville to Los Angeles begin on Wednesday

It's time to get your ticket to Hollywood! 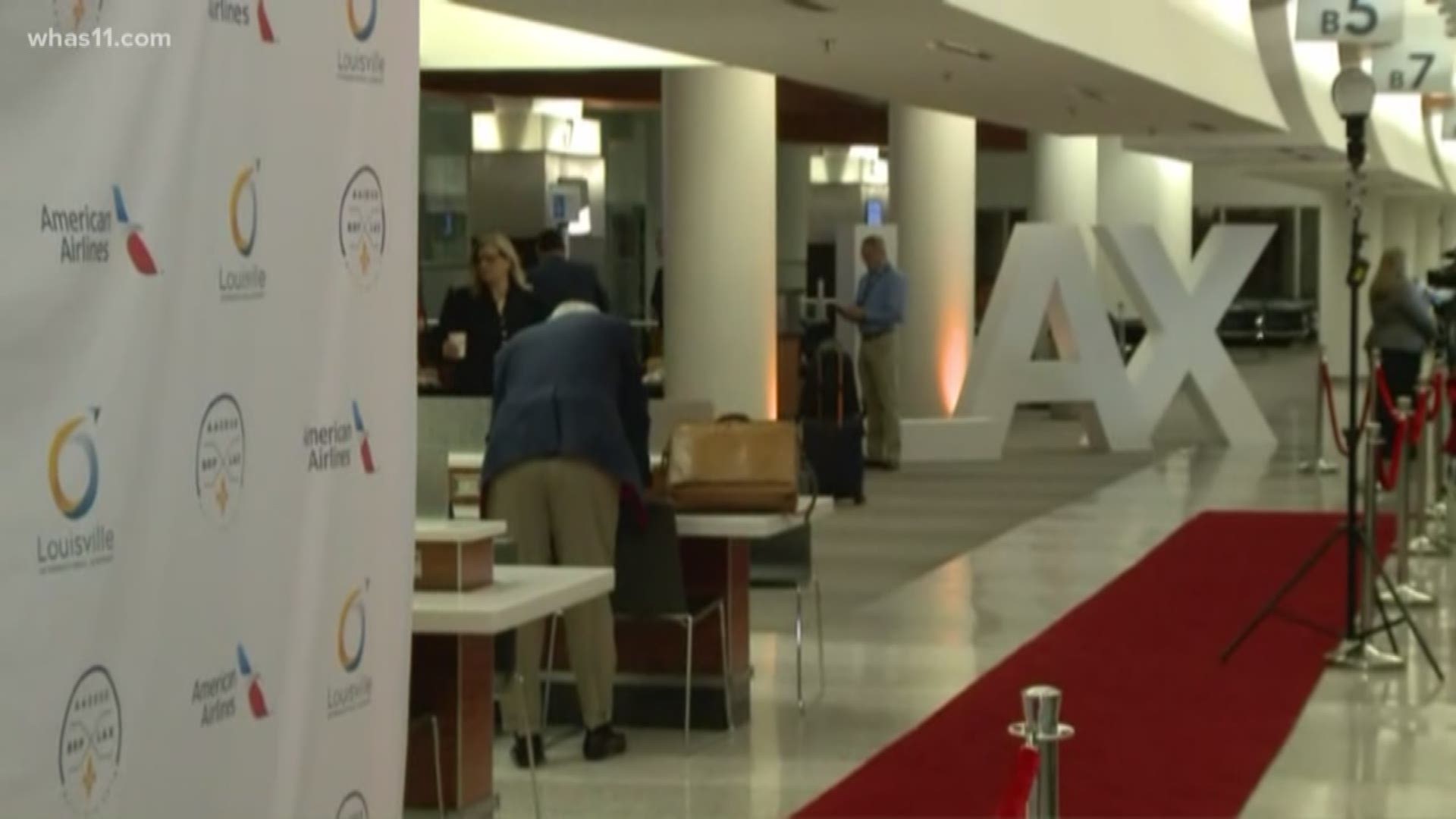 LOUISVILLE, Ky. — It's time to pack your bags because a new flight from Louisville to L.A. is making its maiden voyage.

American Airlines announced the new destination in October of 2018. Wednesday morning, airport officials alongside state and city leaders gathered to celebrate the start of the service between the Louisville Muhammad Ali International Airport (SDF) and LAX.

The first passengers were treated to a red carpet, treats, and swag - including hats and socks, making a standard flight feel more like a party.

The airline will now operate the daily flight using a 128-seat Airbus 319 aircraft with WiFi and in-seat power. The flight will provide businesses and travelers more than 40 connecting options to cities in the western U.S., Hawaii, and Asia. Los Angeles was Louisville's most requested and underserved market prior to this announcement.

"It's a great day for Kentucky's tourism economy, as adding this daily nonstop flight from Los Angeles to Louisville will certainly elevate Kentucky's status as a national and international tourist destination," said Don Parkinson, Secretary of Kentucky Tourism, Arts, and Heritage.

The flight from Louisville to Los Angeles is around four and a half hours and the first flight departs from Louisville around 7:25 a.m. This additional flight is just one of a series of new additions to the lineup at SDF. In the last year and a half, the airport has increased its nonstop flights by nearly 50%.

American Airlines also offers daily nonstop services from Louisville to seven other locations including Dallas and Miami. As a whole, SDF provides nonstop flights to about 30 locations. The airport is also slated for $100 million in upgrades over the next few years, including replacing the airport's jetways, its rental car area, elevators, and moving walkways.