New COPD treatment at UofL Hospital is a 'landmark development'

Jerry Seaton is breathing easier thanks to his participation in a clinical trial at UofL. Now, that procedure has been approved by the FDA. 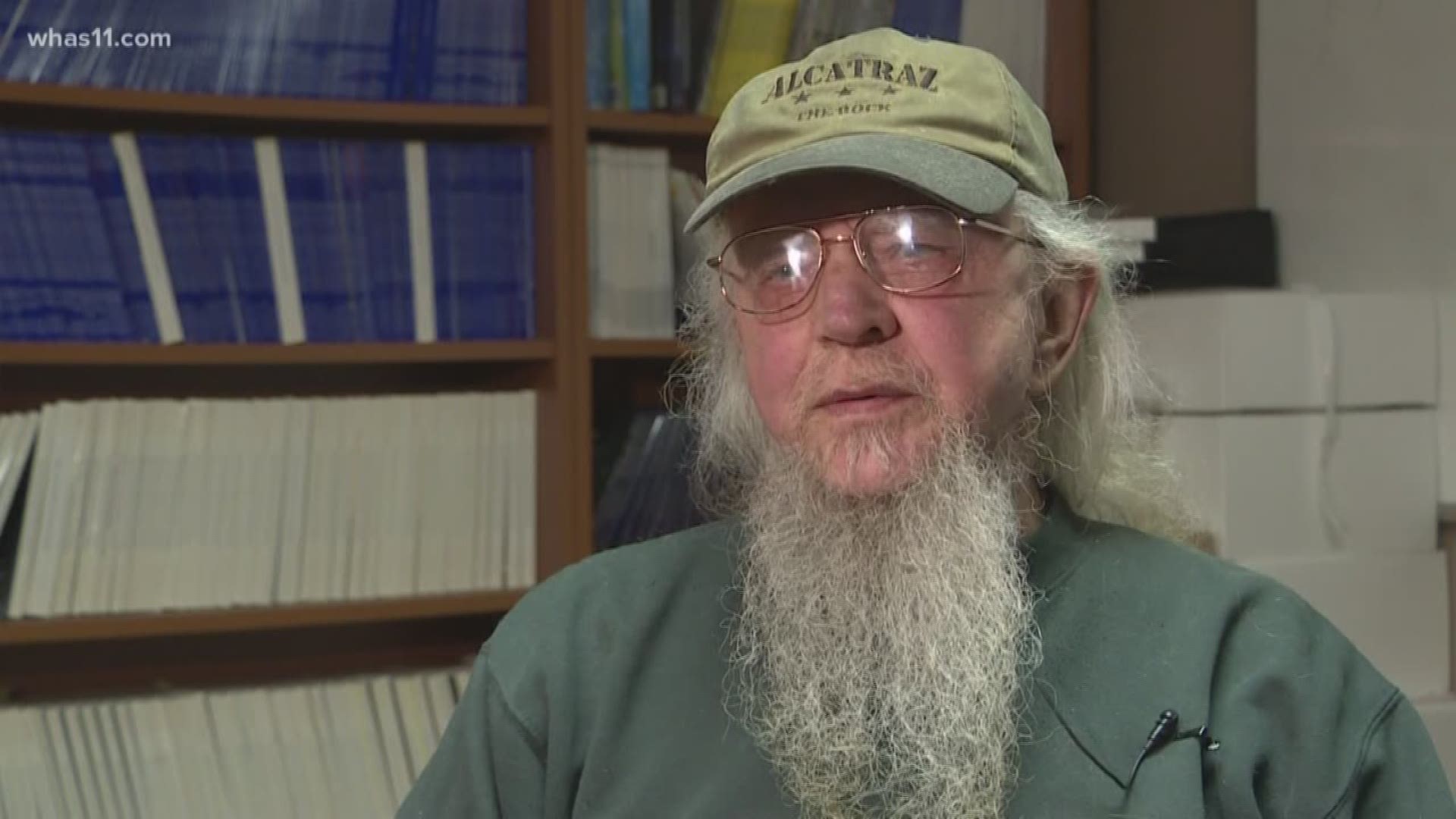 At first glance, they may seem mundane: climbing bleacher stairs, and doing sit ups and push ups in his kitchen. Seaton, however, has uploaded the videos to prove to his friends, his doctors—and maybe even himself—how much ground he has gained.

“I found out I had emphysema,” Seaton recalled. “Where I was, if I walked to the mailbox—I live in the country, it’s about 200 feet away—I would sit on the guardrail for five minutes hitting my inhaler. I just couldn’t get my breath. Start back to the house, I’d stop at my car, lean against it again to get my breath. Get back in the house, I’d sit there. That was my day every day.”

Seaton’s days are much different today. He walks, lifts weights, and stretches every single day, and at 70 years old feels better now than he has in recent memory. He credits his new exercise routine and rehab for sustaining his newfound energy, but it was his participation in a clinical trial at the University of Louisville Hospital a little over two years ago that opened the door for him.

Tobacco has a heavy presence in Kentucky, and the state leads the nation in diagnosis and deaths from Chronic Obstructive Pulmonary Disease (COPD).

For many years, the only options for those suffering from the disease were inhaled medications and risky, invasive surgeries. Making it to the operating table at all was, for some, a miracle, as many would die on the waiting list for a lung transplant.

However, a global clinical trial between hospitals and medical research company Pulmonx has offered very promising breakthroughs, doctors at the University of Louisville Hospital said.

COPD leads to difficult breathing for patients because damaged lung tissue doesn’t allow enough air to escape the lungs during exhale. Pulmonx has worked with doctors to develop a test new valves that correct for this issue, and allow less damaged areas of affected lungs to breathe more freely. Implantation of the valves doesn’t require surgery; instead, doctors lead a bronchoscope down the throat and deploy the valves into the affected areas.

“COPD is a debilitating lung disease, and it affects more than 15 million people in the U.S.,” said Dr. Umair Gauhar, Director of Interventional Pulmonology at the University of Louisville Hospital. “Other than inhaled medicines there was very little option except for surgery which obviously brings its own risks. So, this is a landmark development in this field.

“Not only is the duration of [this] procedure shorter, but also the risks are much less, and patients can resume normal activities literally within days.”

RELATED: No more cigarettes in Hawaii

“What we noticed is the patients that got the valves, their exercise performance improved significantly,” added Dr. Hiram Rivas Perez, a pulmonary critical care physician at UofL. “Patients had better quality of life in terms of shortness of breath and overall doing better compared to the patients that did not get the valves.”

While doctors are continuing to check in with patients of the clinical trial and monitor successes, the procedure has been approved by the FDA. Medical professionals at the University of Louisville Hospital said people suffering from COPD can consult with doctors to see if they are candidates for the procedure. To qualify, patients must have stopped smoking for at least four months and have the following tests completed:

Interested patients can inquire further by contacting Crissie DeSpirito with the University of Louisville Division of Pulmonary, Critical Care, and Sleep Disorders Medicine, at 502-852-0026 or at crissie.despirito@louisville.edu.

“From where I was to where I am now is like two different worlds,” Seaton said. “One is like living shut in a box you can’t get out of. And now I can go anywhere I want to, do anything I want to.”