Store owners and customers said the intersection of Main and Banks Street is dangerous for pedestrians — and business. 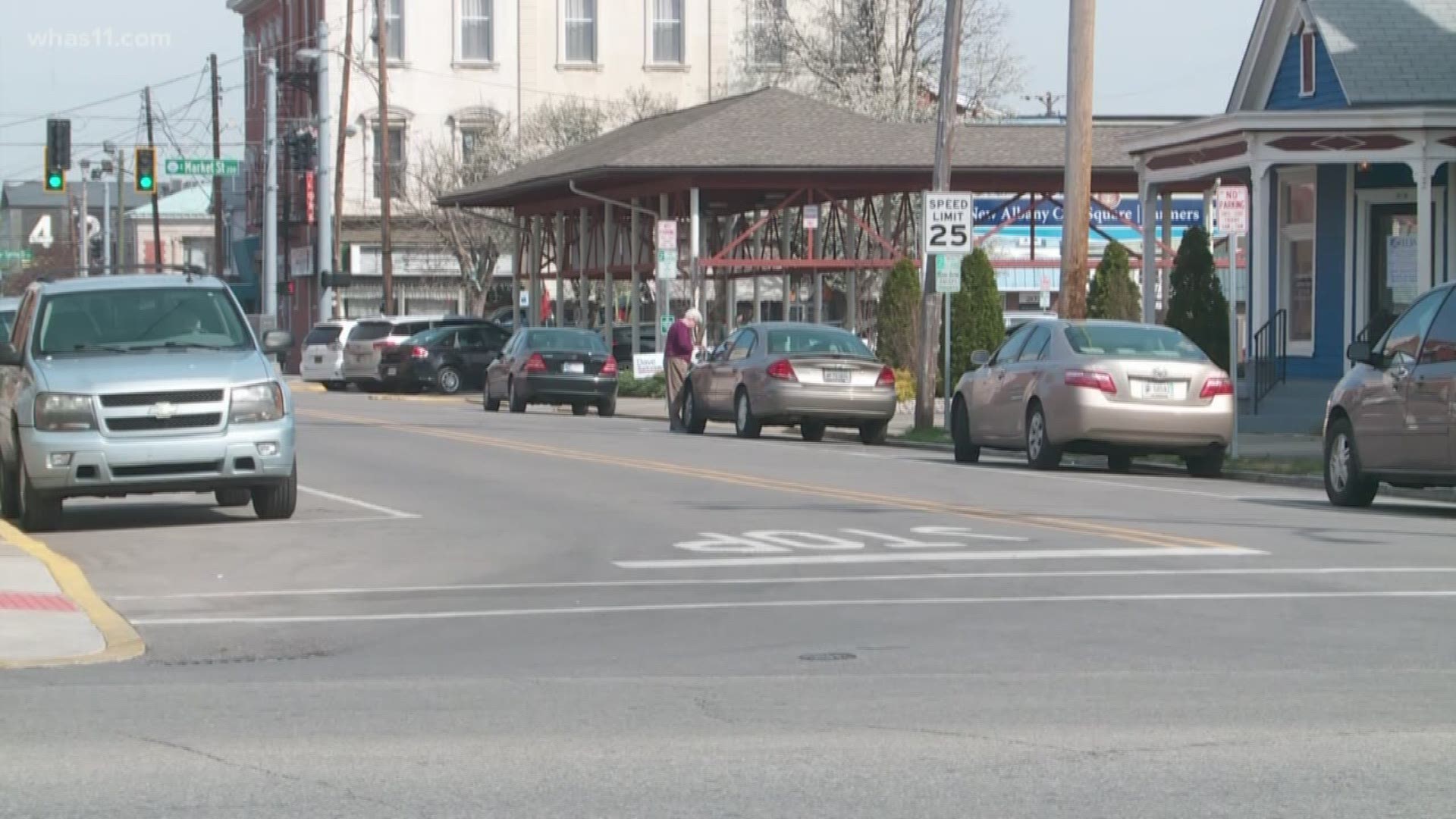 NEW ALBANY, Ind. — Downtown New Albany business owners said they were frustrated with the intersection of Main and Bank Streets.

Stacie Bale, a co-owner of Roadrunner Kitchen, said she recently moved her restaurant from another location just around the corner. She estimated it's only a 40-second walk away, but she said the difference in customer traffic is night and day.

"Driving isn't even safe, but walking is even worse," Bale said. "Cars have to creep out to cross over and it's even tough to turn right because you can't see on the left side."

Bale said she has loyal customers, but has noticed that ever since she moved, less of those customers come in. She said she believes about half of her customers have been lost because they can't walk to her new location.

"I just feel like the city needs to really think about the fact that there are 11 businesses on this corner that pedestrians just can't get to quickly or safely," she said.

Bale said she feels as though she found the "perfect spot" for her business with its new location in the historic Underground Station, but her concern isn't just about the numbers for her business, but rather the general safety of everyone walking in the area.

"The reason we do this is to be part of the downtown business and the community and now they can't get to us," she said.

Cisa Kubley, owner of Sew Fitting, said she agreed with Bale. Kubley has owned her business at the corner of Bank and Main Streets for over four years, and she said she has had a front-row seat to issues caused by that intersection.

Kubley said she often encourages visitors or her employees to avoid the intersection all together. She also said she is concerned for the safety of her customers who may be elderly or have disabilities.

"You have to drive all the way down to the other block and come up at the light at Pearl Street because otherwise it's just not safe," she said.

The business owners aren't alone. Several customers in the area said the intersection is difficult to navigate.

"It's dangerous. Usually the move is to stop in the middle of the street and then check again the other way," Zak Appleby said.

Business owners and customers said they want to see something change to make the intersection safer.

"It just makes a ton of sense, I mean what better way to draw people down, especially to the underground station," Appleby said.

Appleby suggested the addition of a crosswalk signal, that flashes lights to stop traffic whenever a pedestrian is crossing.

"At least at the bare minimum, a painted crosswalk," Bale said.

"If we've got a four-way stop here, everybody has to stop, take turns and it slows people down for the pedestrians trying to cross," Kubley said.

All three said they don't think a traffic light is necessary. Downtown New Albany has seen lots of business growth in recent years, which has also increased foot and vehicle traffic.

"We love to see that growth happen and see all this development but something has to be done to mitigate the traffic in this intersection before we see something worse happen than just fender benders," Kubley said.

Will Wingfield, the communications director for the Indiana Criminal Justice Institute, provided WHAS11 with some recent data for the intersection of Bank and Main Street.

In 2018, the area saw eight total crashes, with seven  injuries. That's an increase from 2017, which saw only two crashes and no injuries. There were four crashes and two injuries at the intersection in 2016.

Larry Summers, New Albany City Engineer, said downtown has seen "explosive growth." It is why the city has a project to redo Main Street between East 5th Street and State Street in the upcoming years.

That project will include signal-warrant analysis, and determine what changes are needed throughout the stretch.

Summers said the city has already begun looking at what changes may be necessary for the intersection Bale and Kubley are frustrated with. He said foot traffic is important to city leaders, but emphasized they need to follow procedures and policies before making any changes, to ensure the changes are the right ones. Summers said city leaders will also look at possible temporary solutions int he coming weeks.