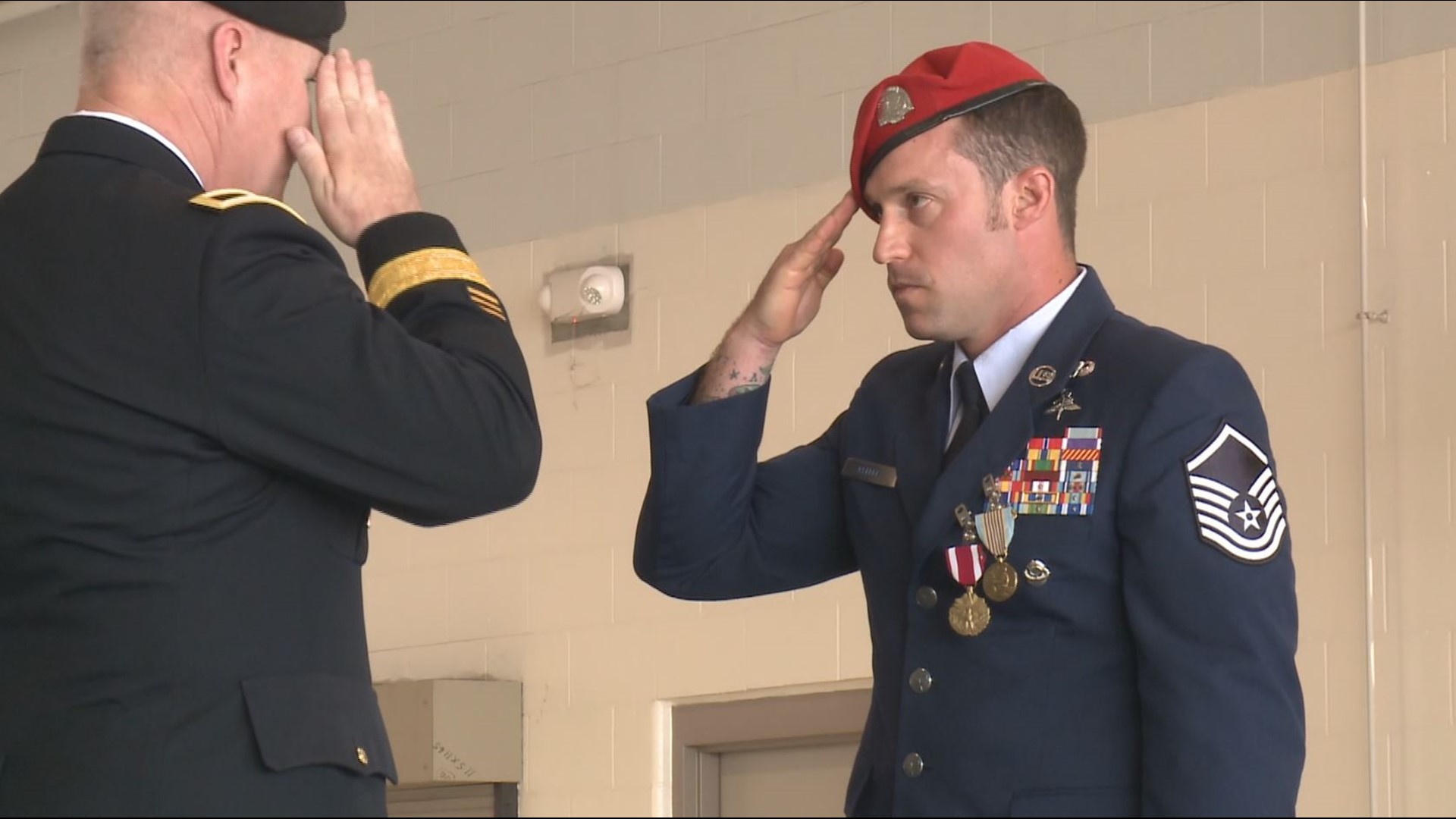 LOUISVILLE, Ky. — According to a release, a special operations Airman from the Kentucky Air National Guard received the Air Force’s highest medal for non-combat heroism.

The medal was bestowed to Master Sgt. Daniel Keller, a combat controller in the Kentucky Air Guard's 123rd Special Tactics Squadron, in recognition of his life-saving actions following a traffic accident near Louisville.

The accident happened in November 2018, when two cars were involved in a head-on collision on a small, two-lane bridge. Keller performed medical assessments on the passengers in the first car before racing to the second to extract a passenger as the car caught fire and began to fill with smoke.

Unable to open the doors and with complete disregard for his own safety, Keller broke the rear window and entered the burning car. Without being able to see, he made his way to the driver while holding his breath, but the wreckage had trapped the driver's legs.

With only moments to spare, Keller "quickly developed a hasty plan and enlisted the help of two bystanders,” according to the award citation.

Together, they squeezed in between the burning vehicle and the bridge railing to extract the driver through a window.

"After moving the unconscious man to safety and initiating cardiopulmonary resuscitation, Sergeant Keller heard calls for help,” the citation continues. "He again returned to the crash site and found a bystander trapped between the bridge and burning wreckage.”

Keller quickly pulled the woman free and moved himself and others to cover as ammunition stored in the car began to discharge from the heat.

He continued providing medical care until local emergency responders arrived on the scene.

As a combat controller, Keller is one of the most highly trained personnel in the U.S. military.

Thank you for your service and heroic actions, Master Sgt. Keller!