The proposal calls for an additional $1,400 payment to most Americans along with more unemployment aid. 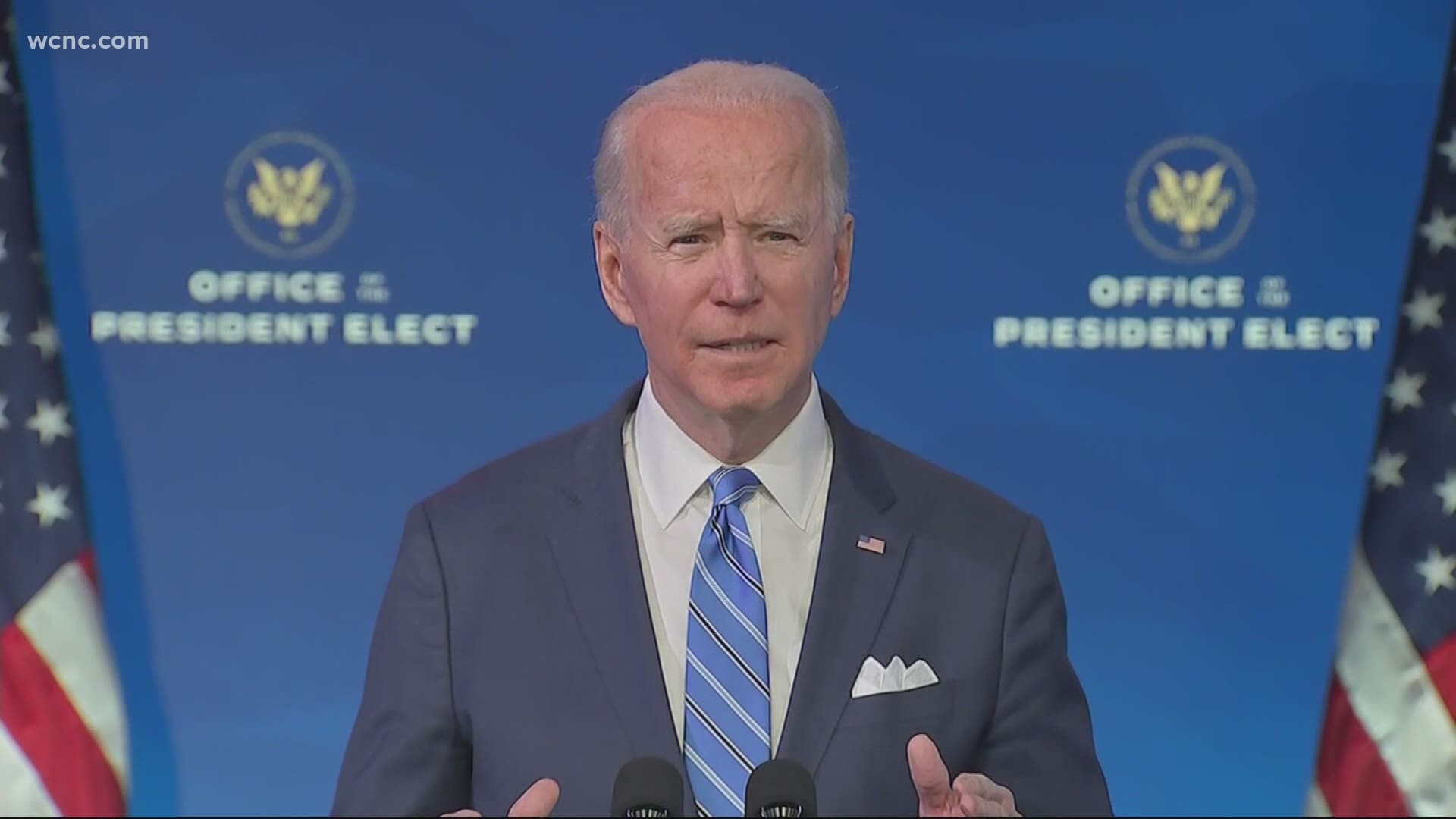 CHARLOTTE, N.C. — Thursday night President-elect announced his plans for a new coronavirus relief proposal he calls the “American Rescue Plan.” The goal is to help stabilize the nation’s economy following the struggles of the coronavirus.

As part of the plan, Biden is hoping to provide $1,400 checks for most Americans adding to the $600 already provided in the most recent COVID-19 bill.

“It’s not going to fix everything, but it does help,” Statesville resident Troy Trudaeu said.

Trudaeu says he’s been unemployed since the pandemic started after he was laid off from his job. For months, he’s been struggling to receive his unemployment payments.

Biden says he understands the struggles and hopes to offer a solution.

“This gets money quickly into the pockets of millions of Americans who will spend it immediately on food and rent and economists tell us that will help the whole economy grow,” Biden said.

The proposed plan would also extend a temporary boost in unemployment benefits and offer a moratorium on evictions and foreclosures through September. Additionally, $400 billion would also be allocated directly to combatting the pandemic.

Ultimately, the plan requires backing from Congress before it becomes reality.