The family of a Capitol Police officer who took his own life after the insurrection on January 6 wants Congress to authorize an independent investigation. 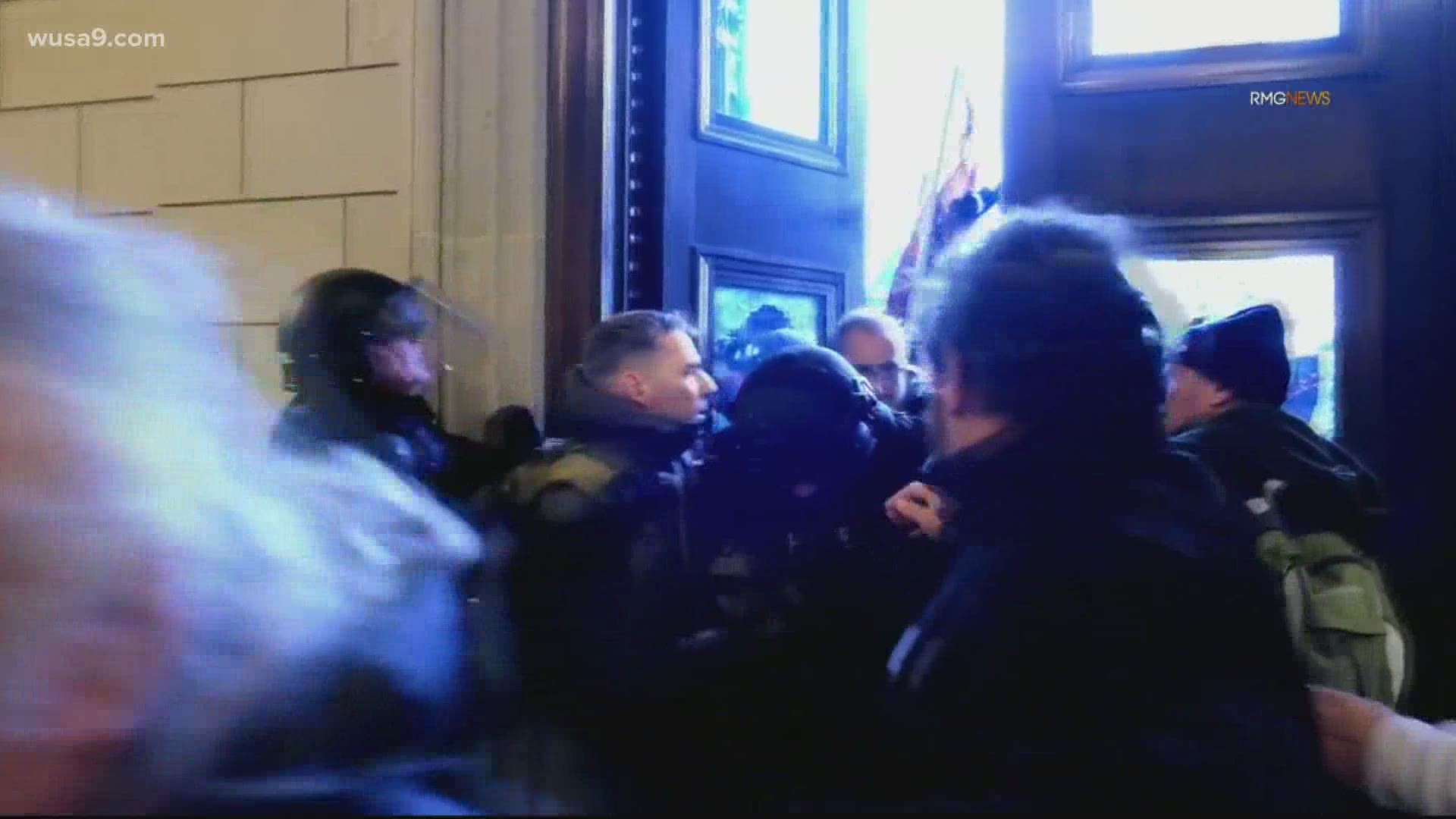 WASHINGTON — The family of a U.S. Capitol Police officer who took his own life days after the Capitol riot issued a statement Wednesday in support of an independent January 6th Commission – adding pressure to Congressional Republicans, who have largely come out against the plan.

Virginia Rep. Jennifer Wexton (D) released the statement from the family of Officer Howard “Howie” Liebengood, a resident of her district until his death. Liebengood, 51, was a 15-year veteran of the Capitol Police and the son of Howard Liebengood Sr, who served as the U.S. Senate sergeant-at-arms from 1981-1983.

“We believe a thorough, non-partisan investigation into the root causes of and the response to the January 6th riot is essential for our nation to move forward,” Liebengood’s family said in the statement. “Howie’s death was an immediate outgrowth of those events. Every officer who worked that day, as well as their families, should have a better understanding of what happened. Uncovering the facts will help our nation heal and may lessen the lingering emotional bitterness that has divided our country. We implore Congress to work as one and establish the proposed Commission.”

U.S. Capitol Police Officer Howie Liebengood would still be with us if not for the January 6 attack.

Here is a new statement from his family, who I'm proud to represent, in support of the January 6 commission: pic.twitter.com/oScbWm4Rzd

Last week, the top Democrat and Republican on the House Homeland Security Committee – Rep. Bennie G. Thompson (D-MS) and Rep. John Katko (R-NY) unveiled a bipartisan agreement to form a January 6th Commission modeled after the investigation into the 9/11 terrorist attacks. Since then, however, House Minority Leader Kevin McCarthy and Senate Minority Leader Mitch McConnell have both come out against the plan – undermining good-faith negotiations by Katko and likely dooming the bill’s passage in the Senate, where 10 Republican votes would be required to overcome a filibuster.

Republican support for the bill was further imperiled Wednesday by a statement by former President Donald Trump, who was impeached for inciting the January 6 riot, opposing what he called a “Democrat trap.”

While many Republicans have worked to downplay or outright lie about the Capitol riot – among them Rep. Andrew Clyde, of Georgia, who described the rioters as “tourists” and Texas Rep. Louie Gohmert who claimed, despite voluminous photographic evidence and hundreds of criminal cases, that there was “no evidence” January 6 was an armed insurrection – a smaller number have pressed their party to acknowledge what happened that day. Those Republicans, like Liz Cheney – who was ousted from Republican leadership in the House over her continued insistence that Trump and his supporters were “complicit” in the Riot – have faced ostracism and in some cases censure from their own party.

Despite opposition from McConnel and other Senate Republicans, Senate Majority Leader Chuck Schumer (D-NY) said this week he intends to bring the bill for a January 6 commission to the floor for a vote.

We're tracking all of the arrests, charges and investigations into the January 6 assault on the Capitol. Sign up for our Capitol Breach Newsletter here so that you never miss an update.