Bear takes a dip in hot tub at Gatlinburg cabin

Elizabeth Strickland sent us photos of the bear welcoming itself right onto the back porch of their cabin in Gatlinburg and hopping right in the hot tub. 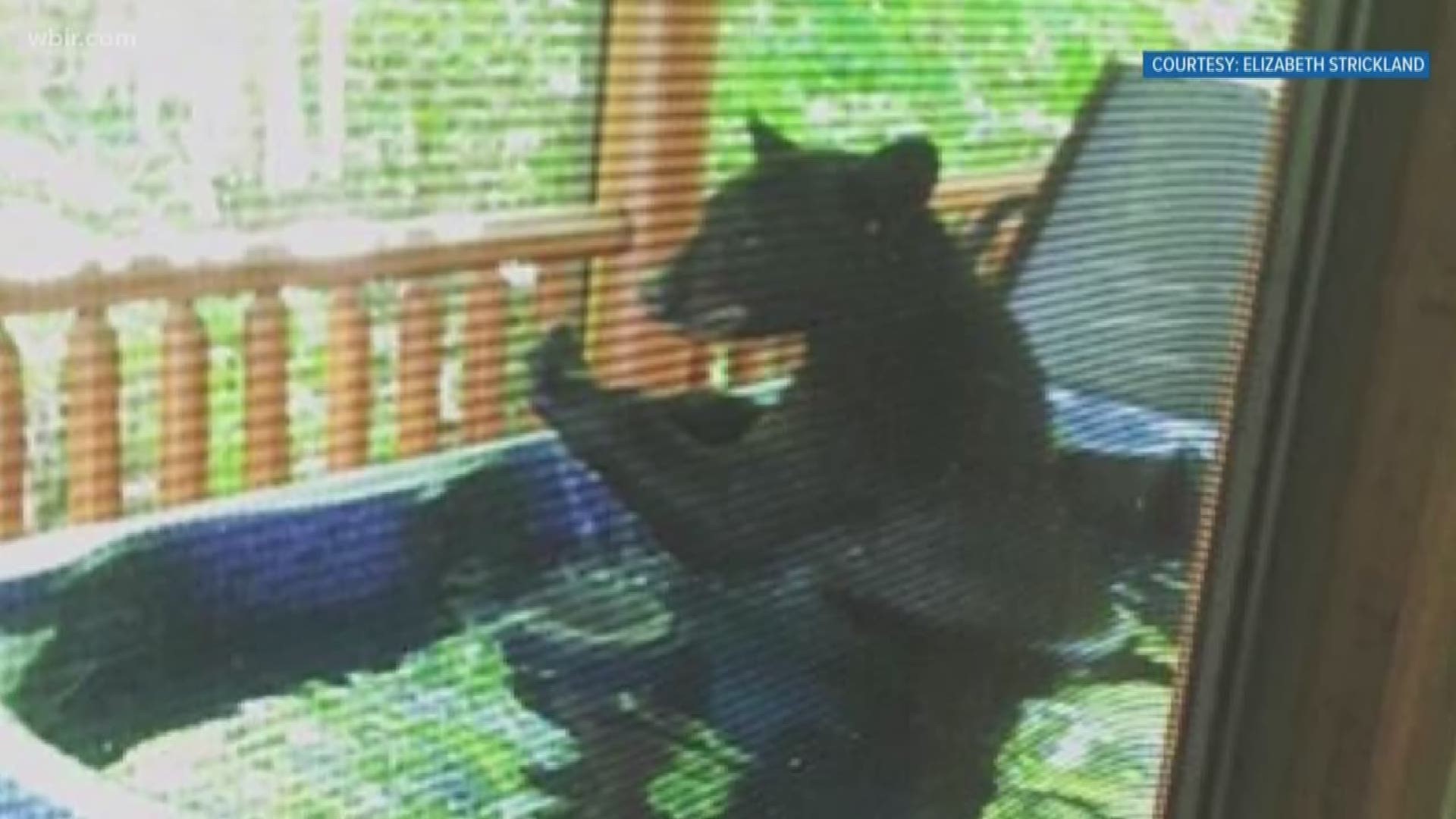 Elizabeth Strickland sent us photos of the bear welcoming itself right onto the back porch of their cabin in Gatlinburg and hopping right in the hot tub.

She said there were three cubs and they played for a little bit and then left.

It's important to remember black bears are wild animals. It's not unheard of for black bears to go roaming about towns near the Smokies, or even uncommon.

RELATED: Baby bears are everywhere! Keep an eye out for these cute critters

But it is important to remember your responsibility for taking care of one of Tennessee's state treasures when in the area, the Tennessee Wildlife Resources Agency explains on its website.

"They have been called a charismatic mega-fauna and for good reason – everyone from non-hunters, to hunters, to wildlife watchers - we all love bears in our own special ways," the website reads. "For these reasons, it is everyone’s responsibility to keep them wild and keep them alive."

So, what are the best ways to co-exist with the bears?

-Never feed or approach bears-- this includes carefully managing sources of human food or garbage to make sure the bears can't access it or aren't attracted to the area. When camping in bear country, keep all food stored in a vehicle and away from tents.

-If you live in a town near black bear habitats, you should not store food, garbage or other recyclables in areas accessible to bears. You also should avoid feeding birds or other wildlife where bears are active.

-Outdoor pets should only be fed a portion they will completely consume, and keeping grills and smokers cleaned and stored securely will also help deter bears.

-If you do encounter a bear, remove whatever attracted the bear to come into your area. There is almost always a safe escape route when bears enter towns. Crowd control is the initial concern as the behavior of a cornered bear can be unpredictable. Immediately report to the TWRA or local police any sightings of bears within areas of human population centers.

-While black bears are usually tolerant of humans, they should always be treated as wild animals, whether in residential or backcountry areas. Black bears are rarely aggressive towards people and typically go out of their way to avoid contact, however as human development continues and bear numbers increase, occasional interactions will be unavoidable.

-If you see a black bear from a distance, alter your route of travel, return the way you came, or wait until it leaves the area. Make your presence known by yelling and shouting at the bear in an attempt to scare it away.

-If approached by a bear, stand your ground, raise your arms to appear larger, yell and throw rocks or sticks until it leaves the area. Never run from a black bear! This will often trigger its natural instinct to chase.

For more information on how to peacefully co-exist with black bears, visit www.tn.gov.

RELATED: Veteran bear hunter: 'Bears are getting into more and more places where they've never been'