Clogs in sewers and stormwater drains are increasing during the pandemic as Americans are seeking alternatives to bathroom tissue because of occasional shortages. 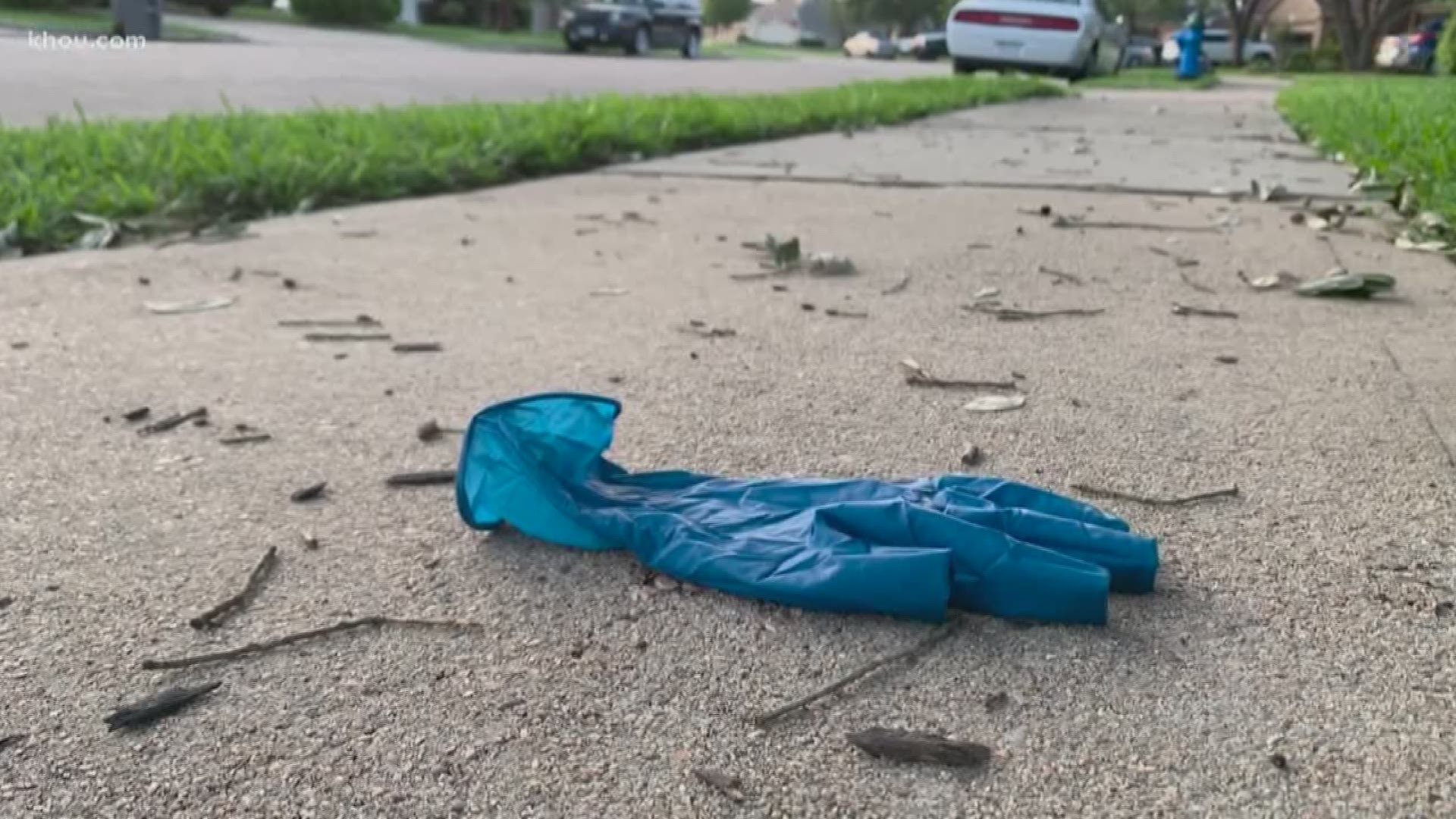 PHILADELPHIA — Mayor Jim Kenney kicked off a recent briefing on Philadelphia's coronavirus response with an unusual request for residents: Be careful what you flush.

Between mid-March, when the city’s stay-at-home order was issued, and the end of April, most of the 19 sewer and storm water pumping stations in Philadelphia had experienced clogs from face masks, gloves and wipes residents had pitched into the potty, Kenney said.

“Please do not flush any of these items down the toilet,” the mayor said.

Officials in other U.S. cities and rural communities — and the U.S. Environmental Protection Agency — have issued similar pleas as wastewater plant operators report a surge of stopped-up pipes and damage to equipment.

The problem has sharpened the longstanding clash over whether wipes are suitable for flushing.

While drain clogs aren't new, most of the more than 15 cities contacted by The Associated Press said they've become a more costly and time consuming headache during the pandemic. Home-bound Americans are seeking alternatives to bathroom tissue because of occasional shortages, while stepping up efforts to sanitize their dwellings and themselves.

RELATED: Community members encouraged to clean and pick up litter in their neighborhoods

RELATED: 'Would you rather us fill potholes or pick up trash?' Disposable masks scattered on I-90 draws attention to Ohio's litter problem

“When everyone rushed out to get toilet paper and there was none ... people were using whatever they could,” said Pamela Mooring, spokeswoman for DC Water, the system in the nation's capital.

In Murfreesboro, Tennessee, crews are cleaning sewage pumping stations a couple of times a week that previously needed it once a month, said John Strickland, manager of the treatment facility.

At Beale Air Force Base in Northern California, a squadron that usually deals with airfield maintenance and weaponry disposal has been yanking wipes from the base’s plumbing.

“Our airmen are working 16-plus hours to unclog the pipe systems and that takes them out of the mission and puts a strain on the rest of the team,” Master Sgt. Destrey Robbins said in an article on the Beale website.

By flushing the wrong things, people are taxing infrastructure that's already deteriorating, said Darren Olson, vice chairman of the American Society of Civil Engineers’ Committee for America’s Infrastructure. “Your latex glove may not be the thing that causes a clog, but you are adding to the burden.”

Hundreds of areas, like a portion of Philadelphia, have combined sewage and stormwater systems so sanitation officials say that means discarded masks and gloves that litter sidewalks and parking lots can also reach and help gum up treatment plants.

Olson said masks and gloves thrown in the street can travel through storm drains in separate systems to lakes and other waterways.

George Leonard, Ocean Conservancy’s chief scientist, said he's concerned discarded personal protective equipment could wash out to sea and eventually add to “the plastics burden that the ocean is already suffering from.”

Costs of clearing, cleaning and restarting equipment are mounting for utilities.

To reduce the likelihood of clogs, WSSC Water — a wastewater utility that serves nearly 1.8 million customers in Prince George’s and Montgomery counties in Maryland — installed about 27 debris grinding pumps over the last decade at a cost of $1.5 million.

“At one wastewater pumping station alone, one that does not have grinder pumps, we have seen an increase of 37,000 pounds of wipes during January–March 2020 compared with the same time period in 2019," said utility spokeswoman Lyn Riggins.

RELATED: VERIFY: No, your mask won't give you CO2 poisoning

Municipal officials say the solution's simple: Put nothing in toilets but human waste and toilet paper.

“Don’t be fooled by wipes packaging claims that these products are flushable," DC Water said in a March advisory. "They are not.”

The Association of the Nonwoven Fabrics Industry, which represents hundreds of companies including major wipes producers, agrees most wet wipes are unsuitable for toilet disposal and says they're labeled as such.

But one type is designed to perform the same functions as toilet paper and merits the “flushable” label, said Dave Rousse, president of the industry group.

These cellulose wipes begin breaking down immediately and dissolve within hours, Rouse said.

"These wipes are incapable of causing the kinds of problems that wastewater operators are accusing them of,” he said.

In Macomb County outside Detroit, maintenance workers are removing two tons of wipes per week from one pump station, and officials say some clearly are the “flushable” variety.

This month, the county sued wipe manufacturers, alleging voluntary flushability standards are based on testing that doesn't reflect actual conditions in a sewer system.

In March, Washington became the first state to adopt requirements for the size, placement and visibility of “Do Not Flush” warnings on wipes that manufacturers and local officials agree should not go down toilets. Similar legislation is under consideration in California.

Meanwhile, many cities are using public education campaigns to make their case against flushing pandemic debris.

The message may be getting through, says El Paso, Texas water utility spokesman Carlos Briano. Before the media blitz, emergency maintenance teams were dispatched about seven times a day to clear pipes. Now, it's once a day.

Credit: AP
In this Monday, May 25, 2020 photo a person walks past a storm drain with discarded gloves and other trash in Philadelphia. Between mid-March, when the city’s stay-at-home order was issued, and the end of April, most of the 19 sewer and storm water pumping stations in Philadelphia had experienced clogs from face masks, gloves and wipes residents had pitched into the potty, Philadelphia Mayor Jim Kenney said.(AP Photo/Matt Rourke)