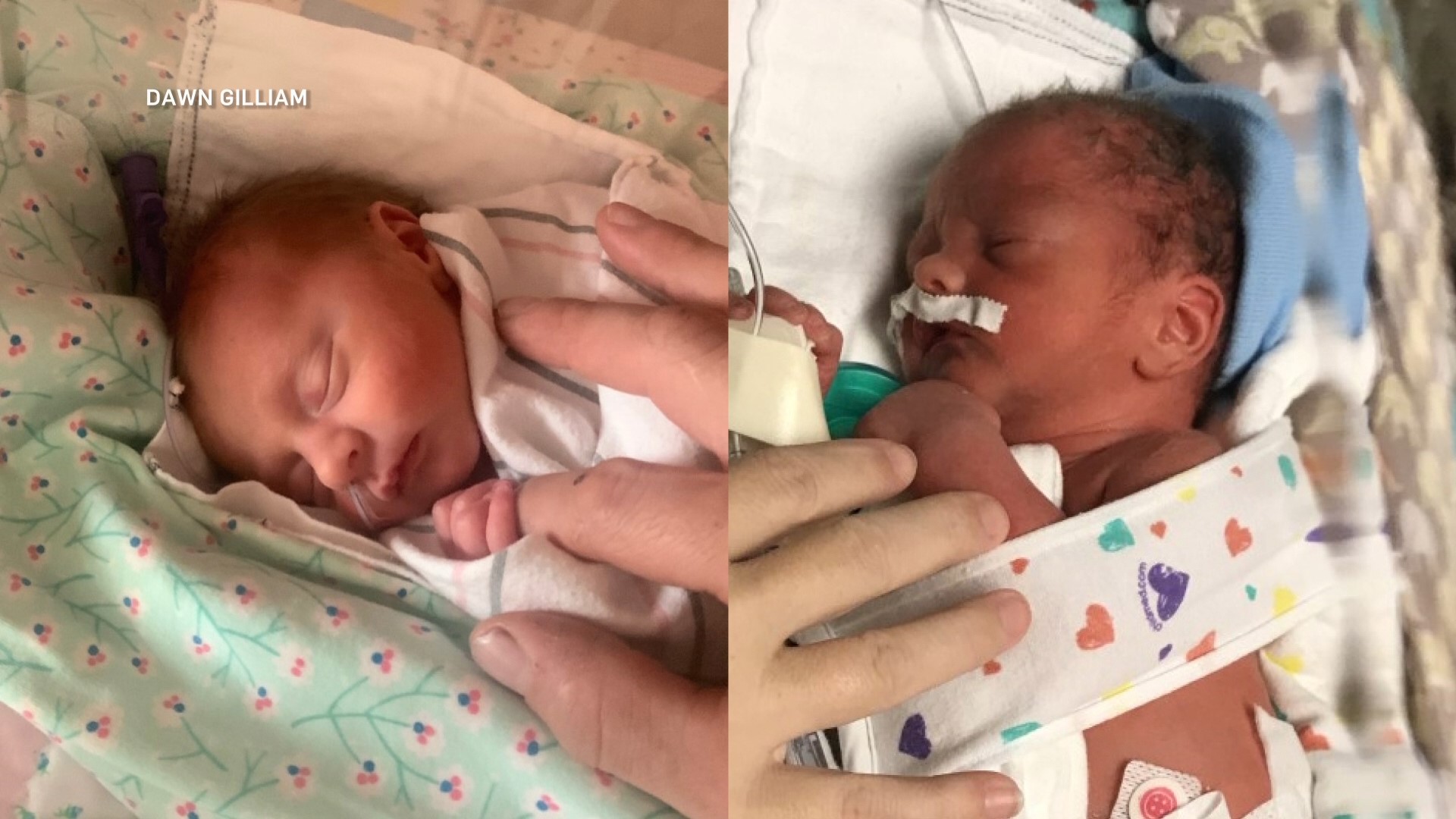 CARMEL, Ind. — Joslyn and Jaxon are twins that arrived early but don't share a birthday. Sister and brother were born in different decades this week at Ascension St. Vincent Carmel Hospital.

A Pendleton couple rang in the new year with deliveries before and after midnight.

The twins weren't due until February 19, but obviously had their own arrival plans. Joslyn was born last year. Jaxon was born this year.

"We've known for a while that she was going to be born first,” said Gilliam while talking to reporters in the maternity ward lobby Friday afternoon. “She's been in position for most of the pregnancy. Of course, he was breech. So, it took a while for him to come."

"Still kind of overwhelmed,” said father Jason Tello, holding Gilliam’s hand during the news conference. “Earlier, we talked about it would be great to have them born on different dates. But here we are with this surprise - different dates, different years. That was definitely interesting for us for sure. We're still kind of speechless still.”

RELATED: 10 things that happened in 2019 that will warm your heart

RELATED: What were the most popular baby names in 2019? Depends on who you ask

Mom is still doing double takes as a reality reminder.

Credit: Dawn Gilliam
Joslyn and Jaxon are twins that arrived early but they don't share a birthday. Sister and brother were born in different decades this week at an Indiana hospital.

Both twins are on feeding tubes and may be in the hospital for a while, but otherwise are healthy and doing well. Mom hopes to come home Saturday. The twins have 10- and 5-year-old big brothers at home in Pendleton.