During an interview, the president suggested some officers “choke” when faced with challenging situations and compared them to golfers who “miss a 3-foot putt.”

President Donald Trump appeared on The Ingraham Angle Monday night and discussed the recent police shooting of Jacob Blake in Kenosha, Wisconsin. During the interview, the president suggested that some “choke” when faced with challenging situations and compared them to golfers who “miss a 3-foot putt.”

“They [the police] can do 10,000 great acts, which is what they do,” said Trump, “And one bad apple or a choker - you know a choker, they choke - shooting the guy in the back many times.”

“They choke, just like in a golf tournament they miss a 3-foot putt,” said Trump.

Fox News host Laura Ingraham immediately jumped in and cut the president off, saying “You're not comparing it to golf, because that’s what the media will say.” Trump replied, “I'm saying people choke. People choke and people are bad people, you have both.”

President Trump is heading to Kenosha on Tuesday, over the objections of local leaders.

Wisconsin's Democratic governor, Tony Evers, who deployed the National Guard to quell demonstrations in response to the Blake shooting, pleaded with Trump to stay away for fear of straining tensions further. The White House said the president was expected to meet with law enforcement and tour “property affected by recent riots." 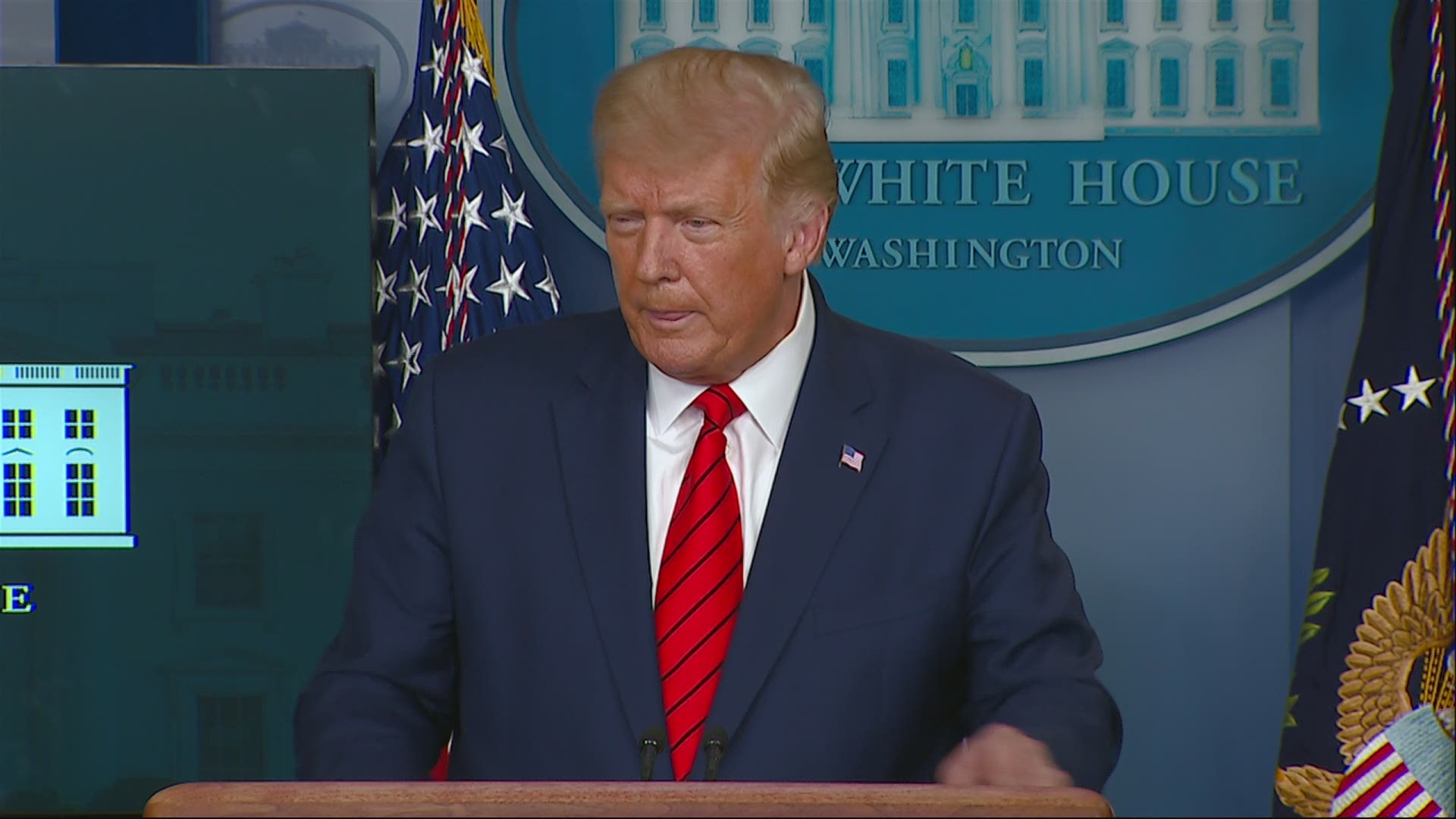