H.R. McMaster will be replaced by John Bolton, a former U.S. ambassador to the United Nations. 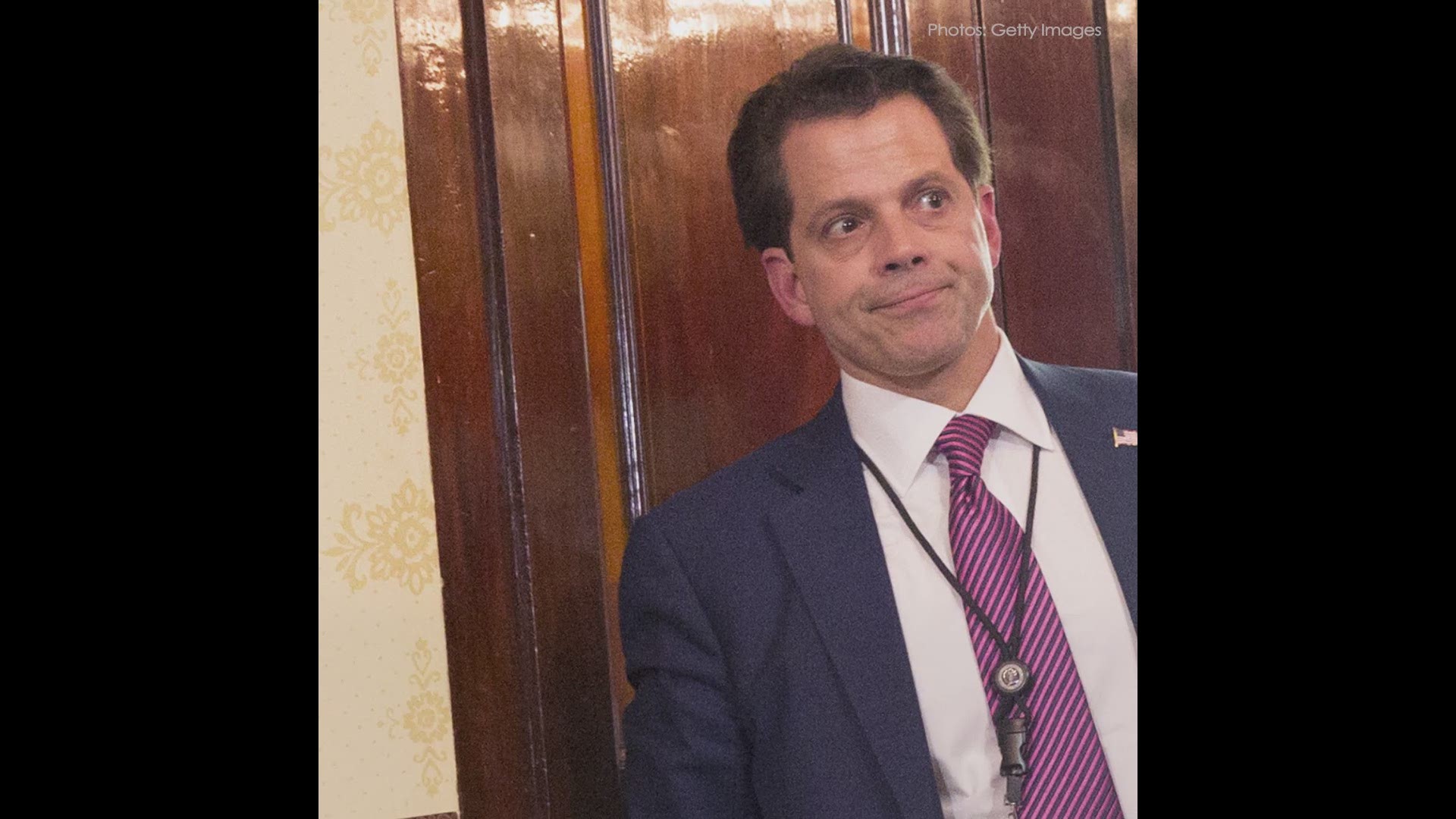 President Trump accepted the resignation of National Security Adviser H.R. McMaster on Thursday — and then named John Bolton, a former ambassador to the United Nations and conservative foreign policy commentator, to succeed him.

But whereas Tillerson was fired by tweet, McMaster's departure appears to be more amicable. Trump and McMaster both released written statements thanking each other, with the president describing McMaster as an architect of his "America First" foreign policy.

"He has won many battles and his bravery and toughness are legendary," Trump said.

I am pleased to announce that, effective 4/9/18, @AmbJohnBolton will be my new National Security Advisor. I am very thankful for the service of General H.R. McMaster who has done an outstanding job & will always remain my friend. There will be an official contact handover on 4/9.

A 55-year-old three-star Army general, McMaster will retire from the military after 34 years. Bolton will take over April 9, Trump said.

The new national security adviser is a 69-year-old lawyer who has been a controversial figure in the foreign policy establishment. He served as President George W. Bush's ambassador to the United Nations, but was appointed during a congressional recess and was never confirmed by the Senate.

The national security adviser post does not require Senate confirmation.

Credit: Pool
National Security Advisor H.R. McMaster attends a meeting between President Donald Trump and Crown Prince Mohammed bin Salman of the Kingdom of Saudi Arabia in the Oval Office at the White House on March 20, 2018 in Washington, D.C.

He previously served in State and Justice Department posts under President Reagan and both Bushes.

Bolton's arrival may signal an even more hawkish Trump line on Iran and North Korea. In a Wall Street Journal op-ed last month, he outlined a legal case for a first strike against North Korea, calling the regime an "imminent threat." He's made a similar argument about Iran, and as undersecretary of State for arms control in the run-up to the Iraq War, he argued for a preemptive invasion of Iraq to prevent the regime from using weapons of mass destruction — weapons that were never found in large quantities.

A recent fixture on Fox News, he's also been a skeptic of Russian interference in the 2016 presidential election — raising the possibility that it was a "false flag" operation. (The intelligence community has concluded that Russia was responsible for the hacking of emails belonging to the Democratic party and Clinton campaign officials.)

In an interview on Fox News Thursday, Bolton declined to address any of his past statements. "They’re all out there on the public record. I've never been shy about what my views are," he said. "The important thing is what the president says and what advice I give him."

In recent years, Bolton has run his own political operation, including a super PAC that bears his name, to support Republican candidates. The political action committee has relied on research from Cambridge Analytica, a voter profiling firm at the center of a controversy over what Facebook says was unauthorized of the social network’s data.

In the 2016 election alone, Bolton's super PAC paid more than $811,000 to Cambridge Analytica for “survey research,” according to Federal Election Commission filings.

Bolton will be Trump's third national security adviser: Lt. Gen. Michael Flynn was fired after less than a month for lying about his contacts with the Russian ambassador. Later last year he was indicted on related charges.

For weeks, Bolton's increasing visits to the West Wing — including one witnessed by reporters Thursday — had prompted speculation he could be McMaster's successor.

But officials repeatedly batted down those rumors. In December, press secretary Sarah Huckabee Sanders described Bolton as a simply a friend of the president. "Somebody who he wanted to visit with, nothing more than that," she said.

During that same time, the relationship between Trump and McMaster appeared to grow more tense. Last month, Trump upbraided McMaster after the general told a national security conference in Munich there was “incontrovertible” evidence of Russian meddling in the 2016 presidential election.

Trump tweeted: "General McMaster forgot to say that the results of the 2016 election were not impacted or changed by the Russians and that the only Collusion was between Russia and Crooked H, the DNC and the Dems," he said, using a nickname for former secretary of State Hillary Clinton.

General McMaster forgot to say that the results of the 2016 election were not impacted or changed by the Russians and that the only Collusion was between Russia and Crooked H, the DNC and the Dems. Remember the Dirty Dossier, Uranium, Speeches, Emails and the Podesta Company!

An Army lieutenant general, McMaster was appointed national security adviser in February 2017 with a reputation for innovation in combat and challenging authority.

In 1991, he won a Silver Star for valor during the start of the ground phase of the Gulf War that defeated Iraqi forces. In 2005, he led a brigade in the embattled city of Tal Afar, pioneering the counterinsurgency tactics that became the centerpiece of Gen. David Petraeus’ strategy that brought relative stability to Iraq for a time.

A graduate of West Point, McMaster went on to earn a doctorate in history from the University of North Carolina. His book, Dereliction of Duty: Lyndon Johnson, Robert McNamara, the Joint Chiefs of Staff, and the Lies That Led to Vietnam, heaped criticism on military brass for supporting a war they doubted could be won.

McMaster caught the eye influential officers on his ascent in the ranks, including Marine Gen. Jim Mattis, who recognized his ability when he oversaw Joint Forces Command in Suffolk, Va., and McMaster was a student at a training course for rising stars in 2009. Mattis is now Defense secretary.

Though he could have returned to uniform and was eligible to be promoted to a four-star general, McMaster said he would instead retire.

“After thirty-four years of service to our nation, I am requesting retirement from the U.S. Army effective this summer after which I will leave public service," he said in a statement. "Throughout my career it has been my greatest privilege to serve alongside extraordinary service members and dedicated civilians. I am thankful to President Donald J. Trump for the opportunity to serve him and our nation as national security adviser."