The first pictures and video from the islands show massive destruction. 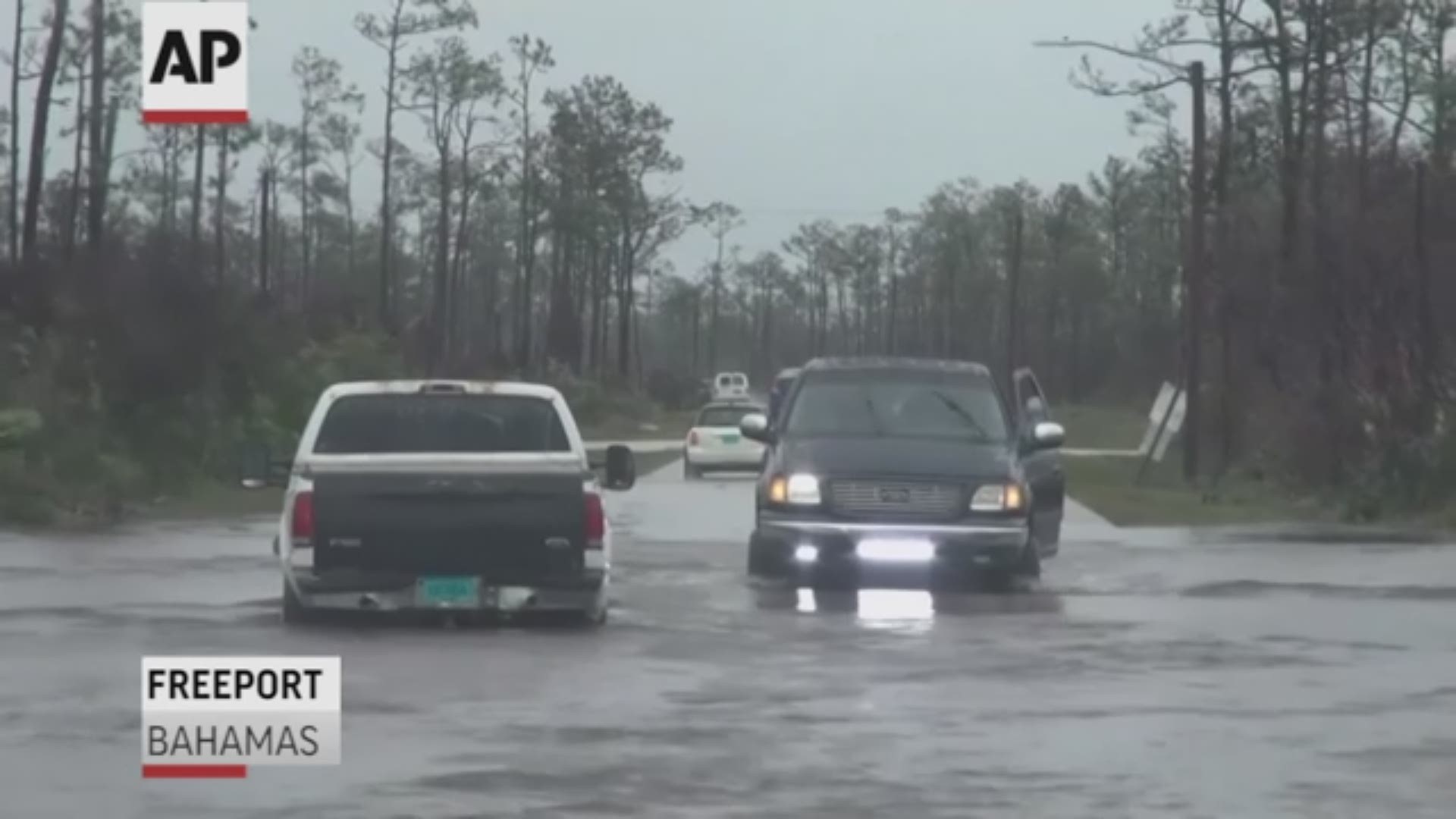 Bahamians rescued victims of Hurricane Dorian with jet skis and a bulldozer as the U.S. Coast Guard, Britain's Royal Navy and a handful of aid groups tried to get food and medicine to survivors and take the most desperate people to safety.

Airports were flooded and roads impassable after the most powerful storm to hit the Bahamas in recorded history parked over Abaco and Grand Bahama islands, pounding them with winds up to 185 mph (295 kph) and torrential rain before finally moving into open waters Tuesday on a course toward Florida.

At least seven deaths were reported in the Bahamas, with the full scope of the disaster still unknown.

RELATED: How to help those in the Bahamas impacted by Hurricane Dorian 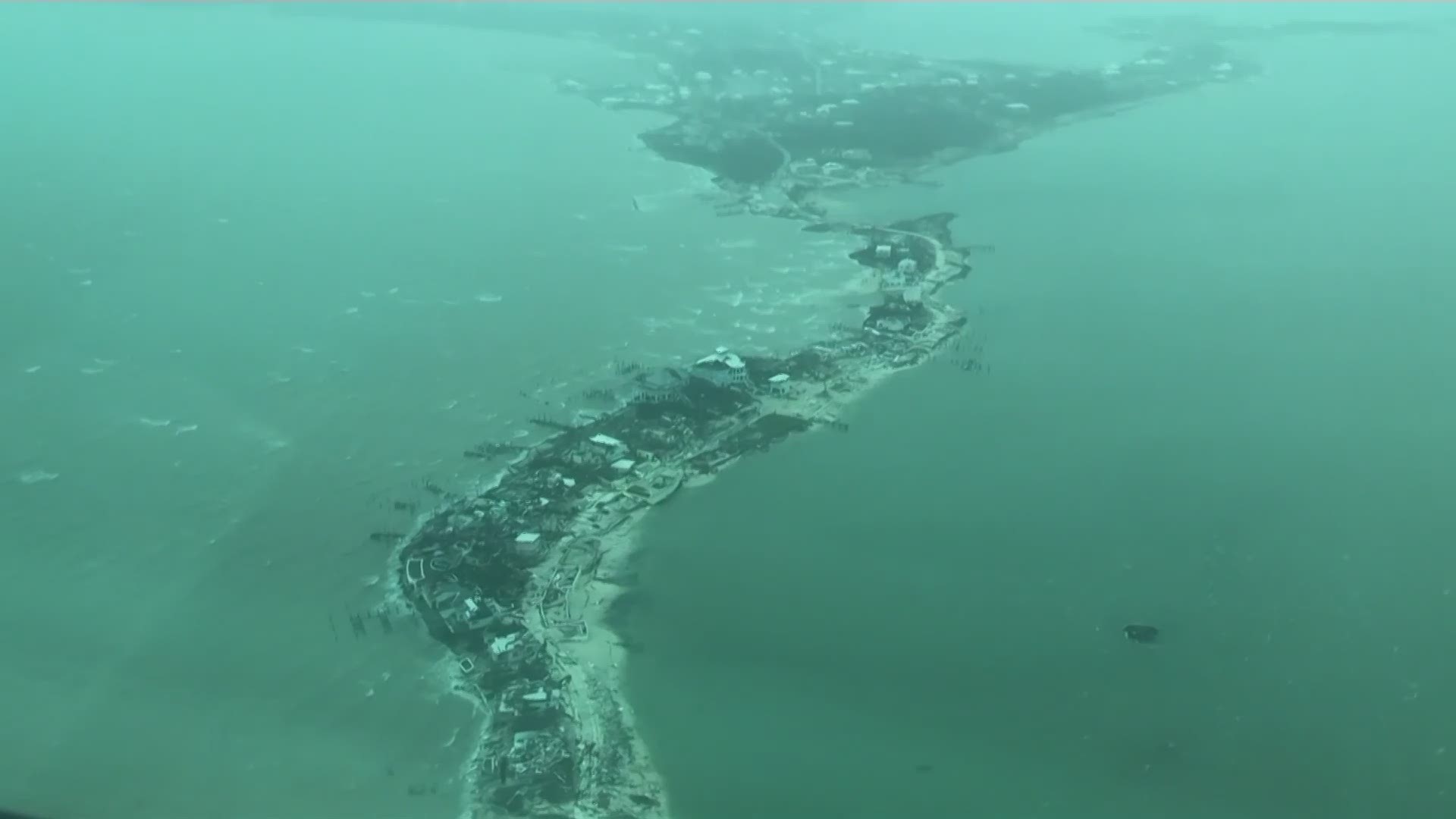 "It's total devastation. It's decimated. Apocalyptic," said Lia Head-Rigby, who helps run a local hurricane relief group and flew over the Bahamas' hard-hit Abaco Islands. "It's not rebuilding something that was there; we have to start again."

She said her representative on Abaco told her there were "a lot more dead," though she had no numbers as bodies being gathered. 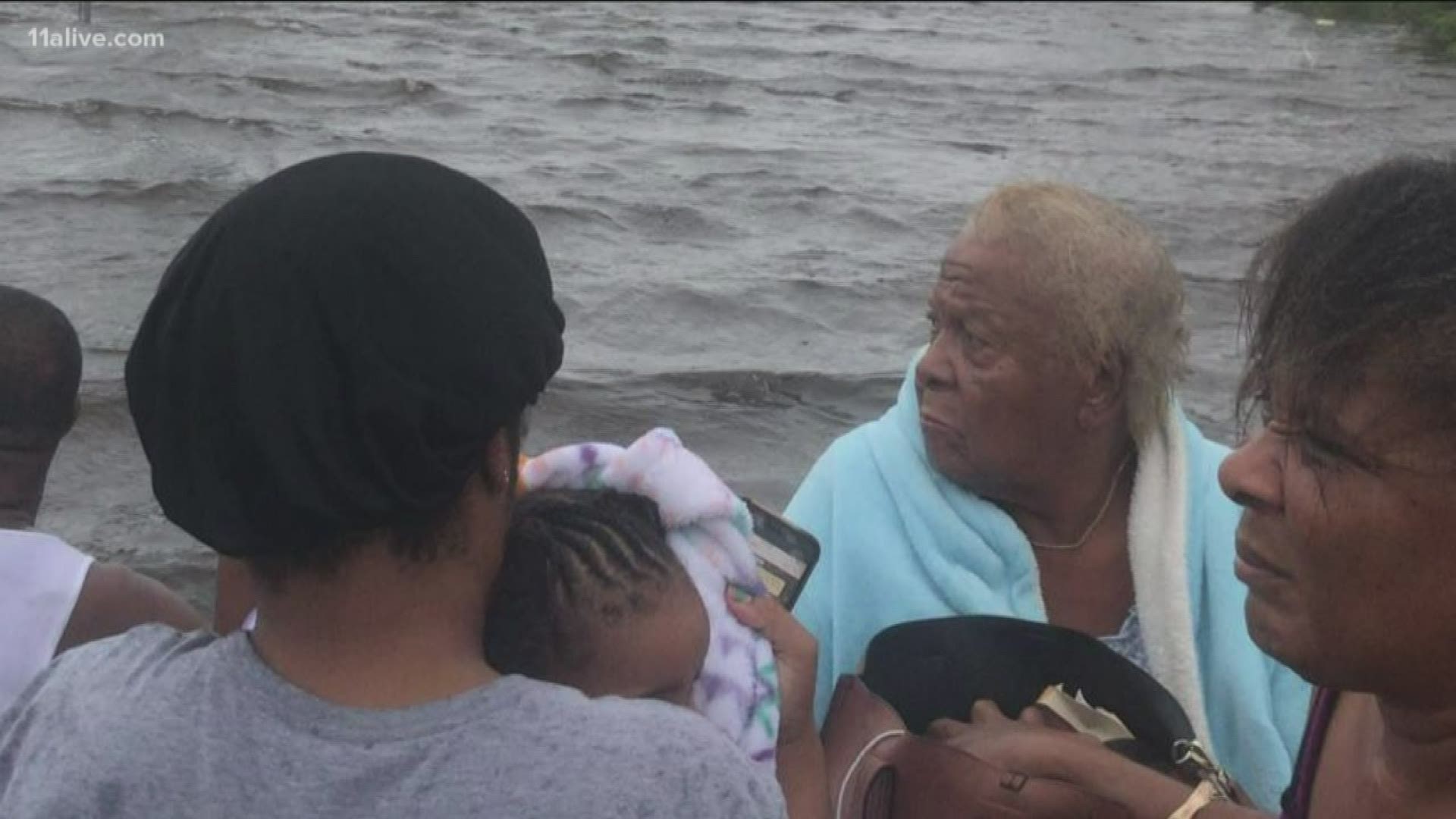 "We are in the midst of one of the greatest national crises in our country's history," Prime Minister Hubert Minnis said at a news conference. "No effort or resources will be held back." 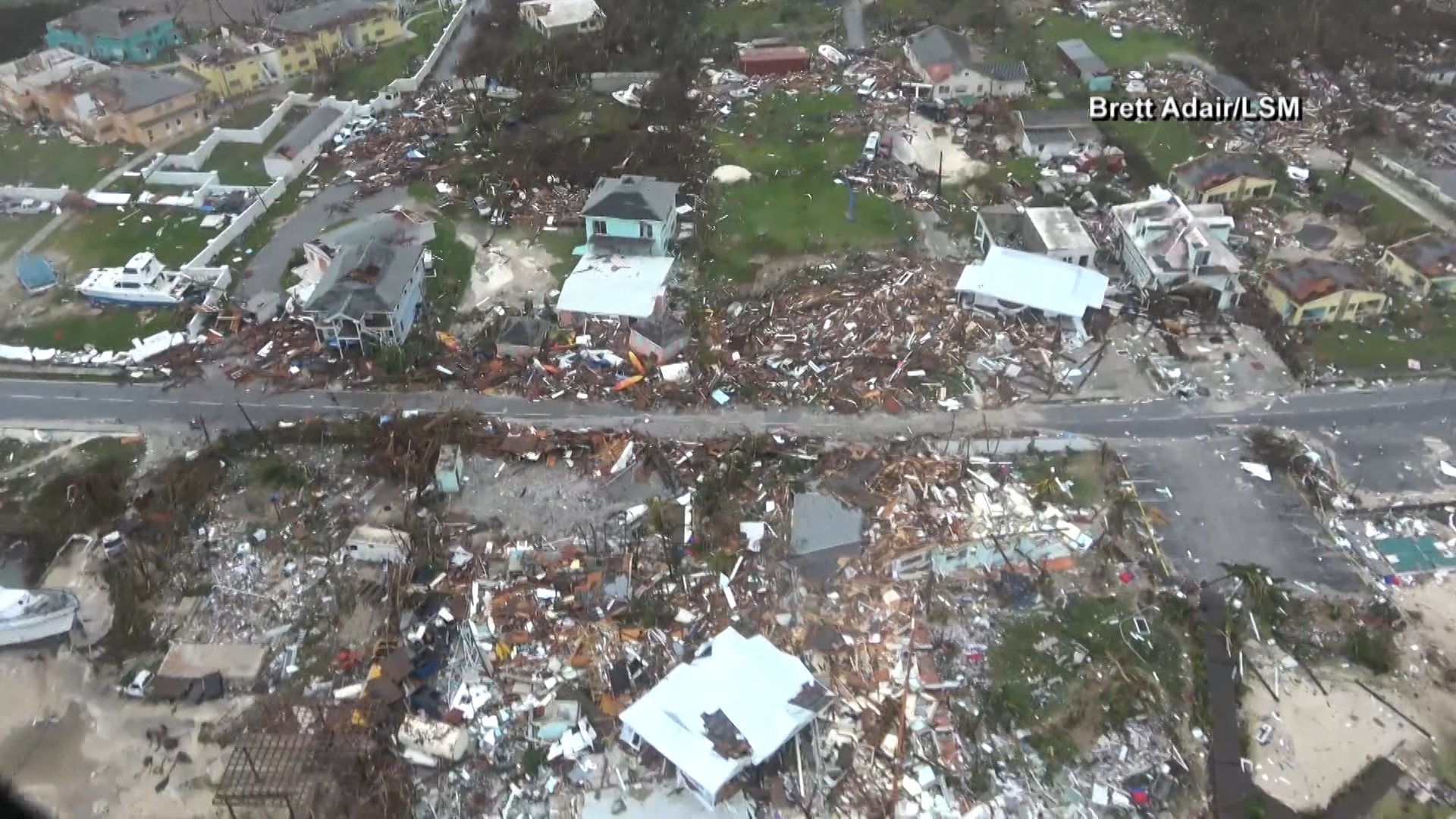 The Bahamas after Hurricane Dorian

With their heads bowed against heavy wind and rain, rescuers began evacuating people from the storm's aftermath across Grand Bahama island late Tuesday, using jet skis, boats and even a huge bulldozer that cradled children and adults in its digger as it churned through deep waters and carried them to safety.

One rescuer gently scooped up an elderly man in his arms and walked toward a pickup truck waiting to evacuate him and others to higher ground.