The midday session, which lasted just under an hour, was his first working meeting with lawmakers at the Capitol since becoming president. 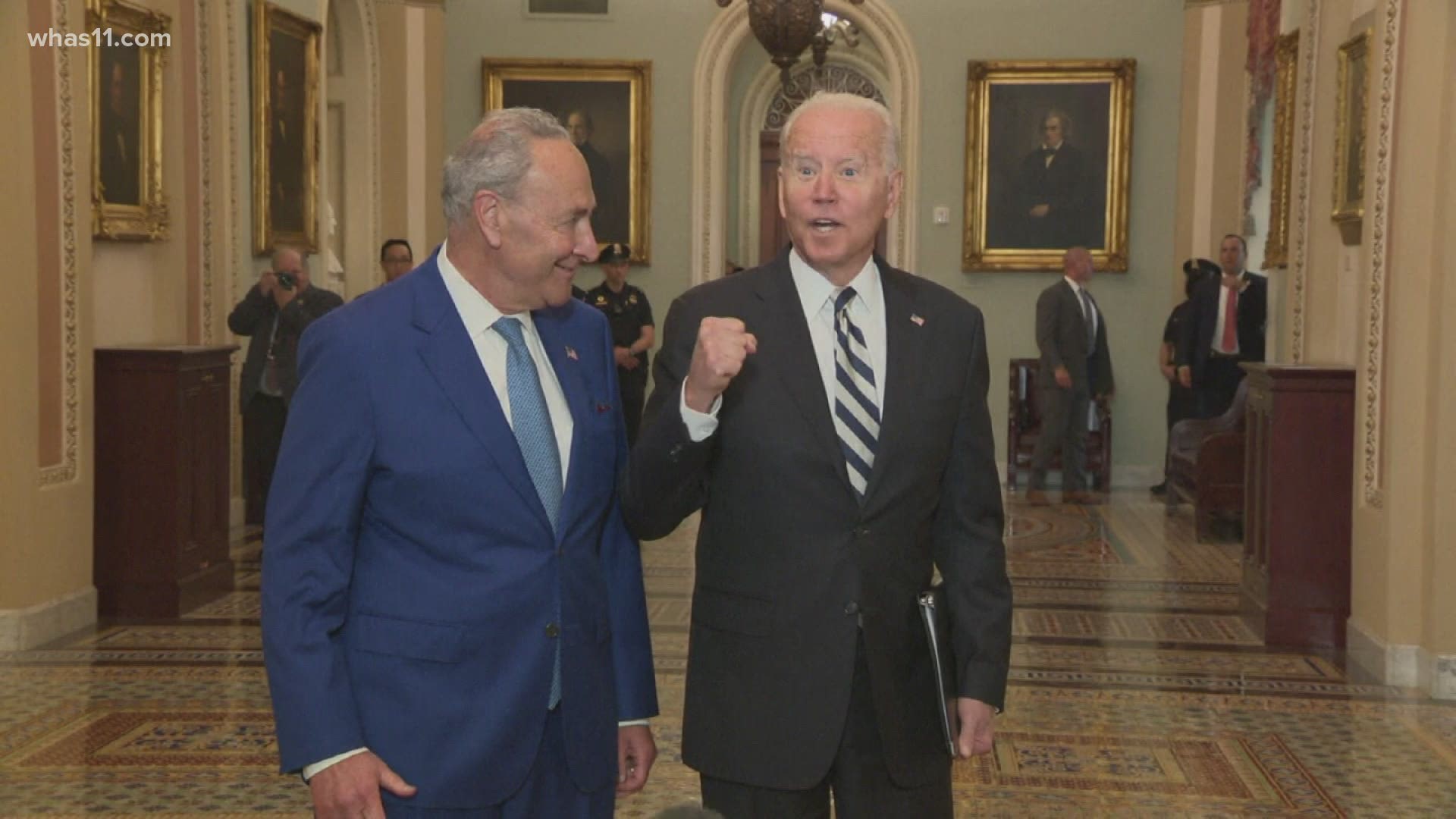 WASHINGTON — President Joe Biden made a quick foray to the Capitol Wednesday hunting support for his multitrillion-dollar agenda of infrastructure, health care and other programs, a potential landmark achievement that would require near-unanimous backing from fractious Democrats.

His visit came a day after Senate Democratic leaders capped weeks of bargaining by agreeing to spend a mammoth $3.5 trillion over the coming decade on initiatives focusing on climate change, education, a Medicare expansion and more. That’s on top of a separate $1 trillion bipartisan compromise on roads, water systems and other infrastructure projects that senators from both parties are negotiating, with Biden’s support.

The president spent just under an hour at a closed-door lunch with Democratic senators in the building where he served for 36 years as a Delaware senator and where his party controls the House and Senate, though just barely. Participants said Biden paced the room with a microphone taking questions and received several standing ovations.

“It is great to be home,” Biden told reporters after his first working meeting at the Capitol with lawmakers since becoming president. “It is great to be with my colleagues, and I think we are going to get a lot done.”

Democrats’ accord on their overall $3.5 trillion figure was a major step for a party whose moderate and rival factions have competing visions of how costly and bold the final package should be. Many agree that bolstering lower-earning and middle-class families, and raising taxes on wealthy people and big corporations to help pay for it, would nurture long-term economic growth and pay political dividends in next year’s elections for control of Congress.

Sen. Chris Murphy of Connecticut said the president urged them to consider whether their plan would help people in his blue-collar hometown of Scranton, Pennsylvania. “His point was that we need to be thinking about folks who have given up on democracy,” Murphy said.

The Democrats' agreement on a topline spending figure is merely an initial move that leaves the toughest, unresolved work for later. They must translate their plan into legislation with specific spending and revenue figures, then line up the needed votes to enact it, a process likely to grind right through autumn.

With unanimous Republican opposition likely, Democrats would need support from all their lawmakers in the 50-50 Senate and could lose no more than three votes in the House.

Sen. Lindsey Graham of South Carolina, top Republican on the Budget Committee, belittled the emerging plan as a wasteful liberal wish list that would fuel inflation and boost taxes.

“Count me in for real infrastructure. Count me out for a tax and spend plan from Hell,” he said in a statement.

To reach their legislative goal, Democrats want to approve a budget resolution before Congress’ August recess that would let them push a subsequent, sprawling spending bill actually financing their priorities through the Senate by a simple majority vote. Without that protection, Republicans could kill the follow-on spending measure with a filibuster that would require an insurmountable 60 votes to overcome. The budget resolution itself cannot be filibustered.

Democrats said little about one challenge they will face. The measures Democrats are working on total a bit less than the roughly $4.5 trillion for new spending that Biden wants for infrastructure, family services, climate change and other programs. To accommodate their lower figure, lawmakers will have to curtail or eliminate some of his proposals.

In an unsurprising harbinger of potential problems, West Virginia Sen. Joe Manchin, perhaps the chamber's most conservative Democrat, signaled to reporters that he would oppose proposals to curb fossil fuels, long a lifeblood for his state's economy. His demands to trim other spending forced Democrats to drop a long-time progressive goal, a minimum wage increase, from pandemic relief legislation early this year.

Manchin said of cutting fossil fuels, which are major contributors to global warming, “It won’t happen, it can’t happen and it doesn’t do a darn thing but makes the world worse." He said he believed Democrats could achieve their spending plans ”if they understand fossil is going to play a part.”

Key backing for the overall plan has come from Senate Budget Committee Chairman Bernie Sanders, I-Vt., a self-proclaimed democratic socialist and a leader of the Democrats' progressive wing. He's repeatedly called the agreement historic and said Wednesday that while he'd like more spending — he earlier sought $6 trillion — the reality is that all 50 Democratic senators are needed to prevail.

“I think this is very, very significant,” he said.

House Speaker Nancy Pelosi, D-Calif., said the Senate plan would address her chamber's Democratic priorities on climate, health care and family services and make “historic, once-in-a-generation progress for families across the nation.” Yet in a letter to colleagues, she seemed to leave the door open to a push for more, saying, “Every member should know that we will fight to ensure that our priorities become law.”

Rep. Pramila Jayapal, D-Wash., who chairs the Congressional Progressive Caucus, told reporters that while her group's support isn't guaranteed, “We see this as a very big, positive step forward.”

Details of the package began emerging, even though all are merely proposals that await final decisions later.

A senior Democratic aide said the party will seek extensions of tax credits for children, child care and some low-income people, money for environmentally friendly energy technologies and a federal standard aimed at encouraging a shift to clean energy. The plan would fund pre-kindergarten for toddlers, aid for college students, paid family leave, food and housing programs and a pathway to citizenship for potentially several million immigrants in the U.S. illegally, said the aide, who spoke on condition of anonymity to describe Democrats’ plans.

Also included is a top progressive priority — an expansion of Medicare, the health insurance program for older Americans, to include vision, dental and hearing coverage. Sanders suggested there also might be an effort to lower that program's eligibility age to 60.

That would be expensive, but the senior aide said Democrats are also looking at savings from letting the government negotiate prescription drug costs. The aide said there would also be language barring tax boosts on people earning under $400,000 annually, on small businesses and on family farms.

Sen. Mark Warner, D-Va., a leading moderate who helped shape the agreement, said the entire measure would be paid for with new revenue. Senate Finance Committee Chairman Ron Wyden, D-Ore., said he in an interview that he's working on proposals to “ensure that the super wealthy and mega-corporations pay their fair share" of taxes and for extra funding for the IRS to crack down on tax scofflaws. 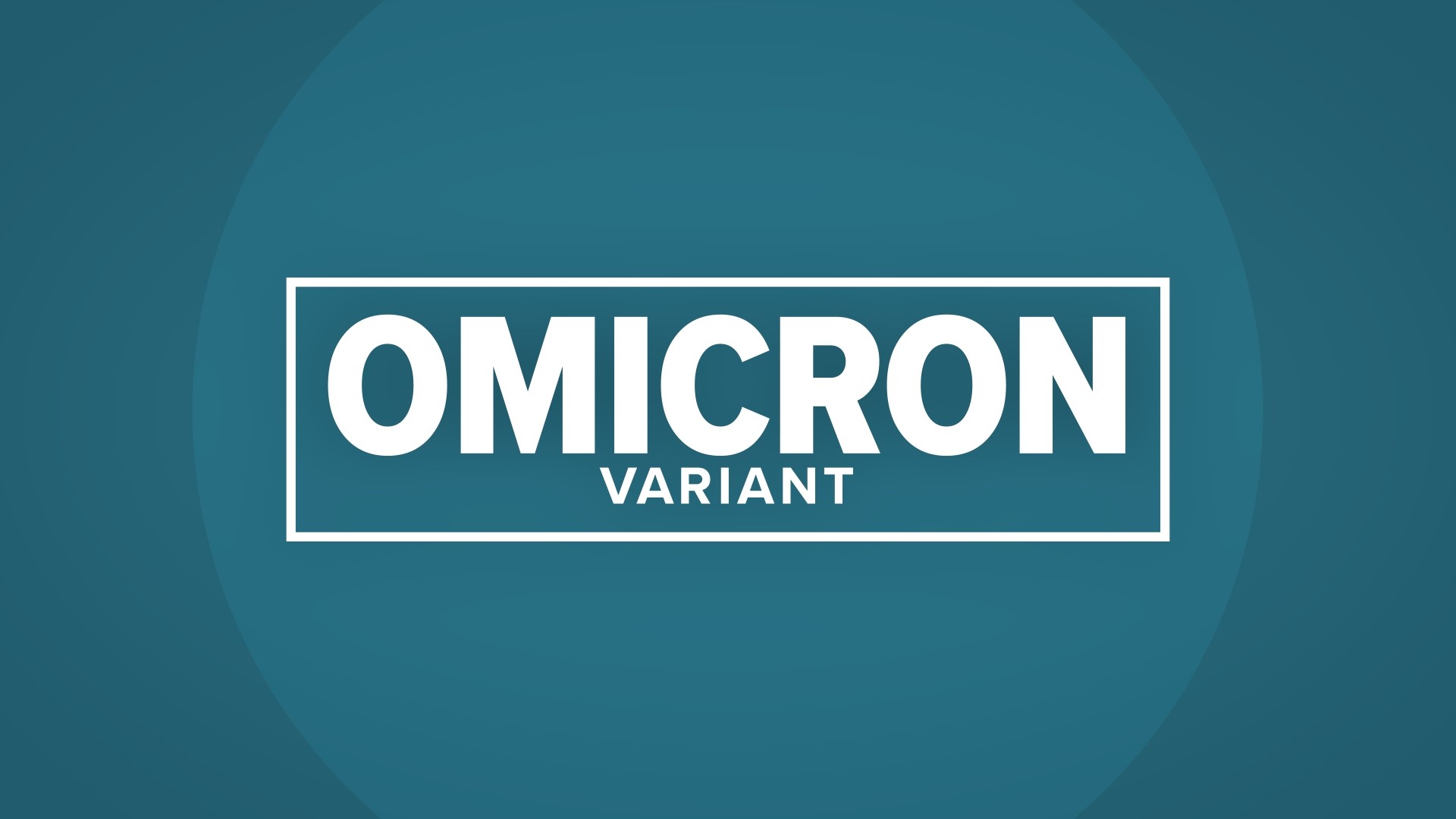