Hundreds gathered for a vigil in Rock Hill Sunday to honor those killed in a mass shooting Wednesday. Loved ones of the Lesslie family reflected on joyful memories. 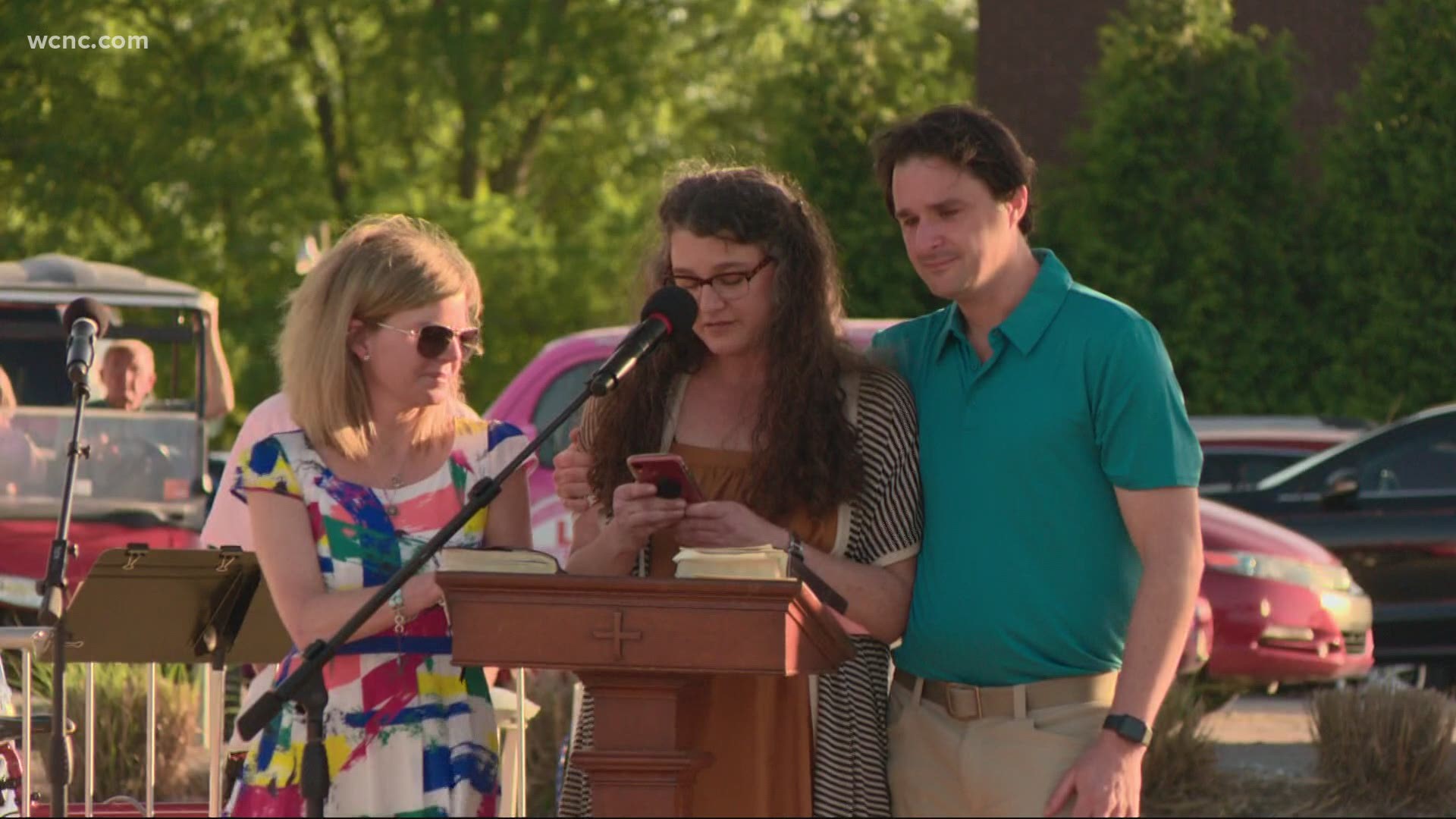 Prominent emergency room doctor Robert Lesslie, his wife Barbara Lesslie, their young grandchildren Adah Lesslie and Noah Lesslie, and HVAC technicians James Lewis and Robert Shook have all died as a result of the shooting. Shook died Saturday, after days of being treated for injuries sustained in the shooting.

"The past few days have been certainly filled with much suffering and grief, but also peppered with the most amazing treasures sent directly from God," Amy Kulbok, one of the adult children of Robert and Barbara Lesslie, said at the vigil.

Adah Lesslie, Kulbok shared, had written lyrics to a song recently that were found by her parents in the days after she died. The song, titled "You and Me," is centered around the idea of finding one another and spreading love even in the darkest times.

Jon Oliphant -- the Associate Pastor at First ARP Church where Robert, Barabara, Adah, and Noah Lesslie were members -- shared his favorite memories of the children's involvement with the church. Oliphant said Adah had a big heart and a big brain, loved reading, and loved Jesus. Noah was known for his "exuberance and energy," Oliphant said, and was always curious.

"To know Adah and Noah was to love them," Oliphant said. "They were both a shining light to so many."

After Oliphant spoke, those in attendance participated in five minutes of silent prayer in honor of the victims.

Friends of Robert and Barbara Lesslie said the two were people of faith, who will be sorely missed at their church and in the community.

People came from every part of Rock Hill to mourn the loss.

“We are not a people without hope.”

"To think that something like that could happen here was shocking," Rock Hill resident Bill Scott said.

"They truly were some of the most remarkable people that just gave from their hearts all the time," Elizabeth Hartley said.

Those in attendance leaned on each other and prayed. Not just for the Lesslie family, but for James Lewis and Robert Shook as well.

"Our city has always been known for rallying around and supporting each other when tragedies like this happen," Scott said.

Instead of asking for flowers, the Lesslie family said collection boxes would be placed around the event for donations of non-perishable food items to be given to area food banks and books to be donated to neighborhood libraries.

The Lesslie family has also established a P.O. Box for those who wish to send cards and letters: