Understanding these terms, their meanings is important, sociology and African American experts say, for anyone who hopes to be a meaningful ally in tackling racism. 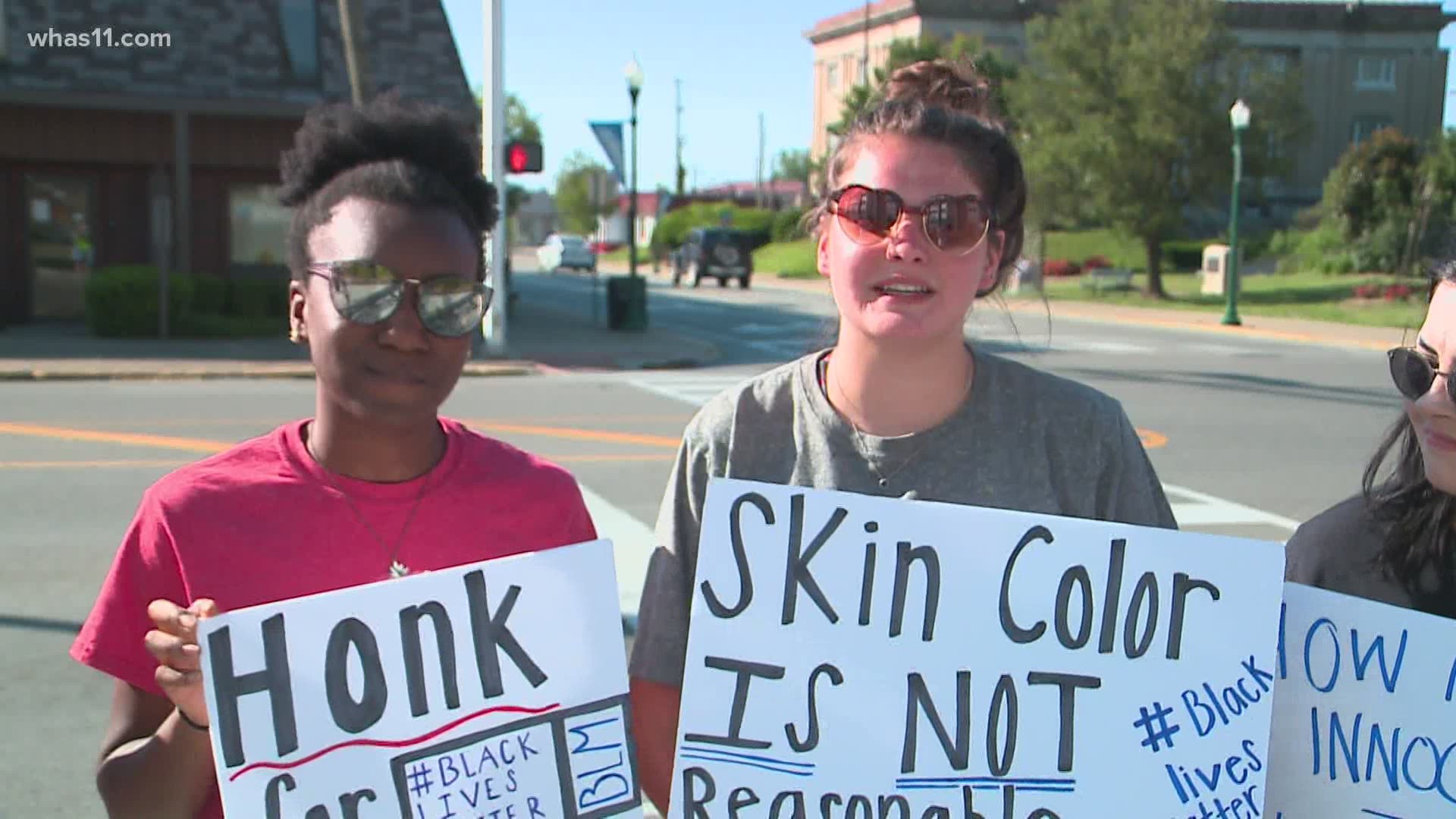 As protesters decry and demand deeply entrenched forms of racism be rooted out, the phrases commonly heard in the parlance of a grassroots movement gone global have become part of the mainstream dialogue.

Understanding these terms and their meanings is important, sociology and African American experts say, for anyone who hopes to be a meaningful ally in tackling racism.

Here's a breakdown on what the phrases mean:

Systemic racism | Refers to the rules, practices and customs once rooted in law. These may have changed over time, resulting in a facade of "equality," but the residual effects reverberate throughout entire societal systems, said Andra Gillespie, an associate professor of political science and director of the James Weldon Johnson Institute at Emory University.

For example, while redlining -- a multifaceted practice of denying financial, government and other services to people in certain neighborhoods or communities based on race or ethnicity -- is illegal, the homes in those communities, as a result of that long-standing practice, often haven't appreciated at the same rate as in white suburban communities, sociology and policy experts said. This means that, when people of color who live in redlined communities get ready to sell their homes, they receive far less in proceeds and have far less capital to leverage.

Redlining represents systemic racism in that "there was collusion between different systems -- the removing of resources by financial systems, disinvestment by city governments, benign neglect, banks had to be involved, realtors.

Structural racism | The term refers to "A system in which public policies, institutional practices, cultural representations, and other norms work in various, often reinforcing ways to perpetuate racial group inequity. It identifies dimensions of our history and culture that have allowed privileges associated with 'whiteness' and disadvantages associated with 'color' to endure and adapt over time. Structural racism is not something that a few people or institutions choose to practice. Instead it has been a feature of the social, economic and political systems in which we all exist," according to the Aspen Institute's Roundtable on Community Change.

Structural racism is currently playing out in the ways people of color who disproportionately make up the invisible army of workers -- all now deemed "essential" to help the nation reopen are being impacted, Bailey said.

"We're able to see differences in how people are valued," said Bailey who co-authored a 2017 paper in The Lancet examining racial health inequity.

The term hails from the 60s-era black radical movement and was used by activist Stokely Carmichael, who would later be known as "Kwame Ture" and sociologist Charles V. Hamilton in "Black Power: The Politics of Liberation."

White privilege | According to the Aspen Institute "White privilege, or 'historically accumulated white privilege,' as we have come to call it, refers to whites’ historical and contemporary advantages in access to quality education, decent jobs and liveable wages, homeownership, retirement benefits, wealth and so on."

White fragility | Refers to the negative emotional reaction some whites have when racism on various levels is called to their attention by people of color, sociology and African American studies experts said.

When confronted by a person of color with their experiences of racism, white fragility can manifest as 'Oh she was being so aggressive and so unprofessional. I don't think she is a good fit here anymore' and therefore have retaliatory impacts for someone's employment."

"White fragility is based on people of color having to couch statements and feelings for the comfort of white people," Bailey said. "When you're trying to describe a system where there are inequities built into it, people start crying and talk about their experience and it acts as a barrier to people of color sharing it with white people because they can't handle it."

Microaggression | This refers to the "quotidian racial slights that accumulate and make a person feel marginalized," Gillespie said.

Microaggression can manifest in myriad ways in every day interactions and communication as the "small actions comments snide or snarky expressions that show their value in a structure," Gillespie added.

For example, it can present as not directly answering a black colleague who raised a question in an email chat or meeting and instead directing your response to someone else who is white or perceived as less challenging to your beliefs, Neal said. It can also occur when a person of color is deliberately left off such email chains or meetings, he and other experts added. It's when the white manager takes certain staffers out for afterwork cocktails and never invites the staffer of color.

White-splaining | In this context is "when a white person claims expertise on racial issues to a person of color," Gillespie said.

White-splaining, she said, is "when white people speak out of arrogance and lack of humility and part of it is dominance. They are used to being dominant and they are exercising that dominance over the person of color."

Often, the white person couches their expertise by explaining they know what they are talking about because they are "raising a black kid, married to a black spouse, have a black friend or friends. These are all excuses and an attempt at a buffer. They point it out as a badge of honor and marker of one's liberalism," Gillespie said.