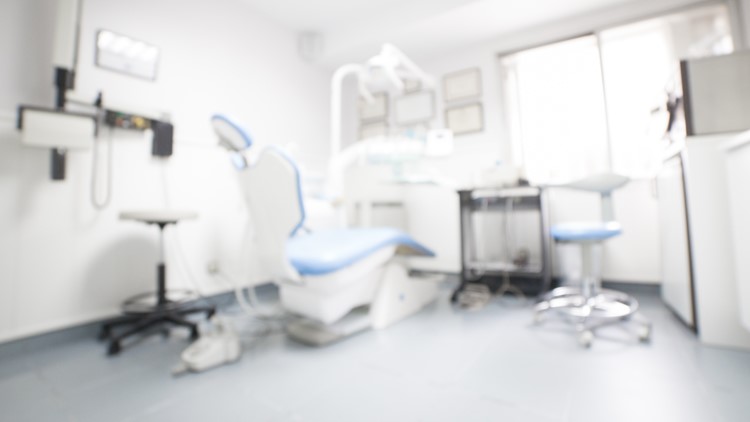 Alaska prosecutors say a dentist accused of fraud and unnecessarily sedating patients also performed a procedure while riding a wheeled, motorized vehicle known as a hoverboard.

Prosecutors charged 34-year-old Seth Lookhart with felony Medicaid fraud and reckless endangerment. He is accused of uneccessarily sedating patients so he could bill Medicaid for more money. According to Alaska Public Media, Lookhart's dentistry license was suspended by a state board in 2017.

Veronica WIlhelm, a former patient testified Wednesday at his trial that she was angered when an investigator showed her an unauthorized 2016 video of Lookhart extracting one of her teeth while she was sedated and he was riding the hoverboard.

“I was pretty livid. Pretty pissed off,” Wilhelm said. “You can see that thing moving while he’s pulling my tooth out. That’s crazy. I think you gotta be pretty full of yourself to think that you can pull people’s tooth out on a hoverboard.”

Wilhelm's son was also a patient, according to Alaska Public Media. According to Wilhelm, Lookhart sedated her son for a routine teeth cleaning procedure.

Lookhart's defense attorney apologized during trial for his client's "idiotic" behavior, according to Anchorage Daily News.

“I want you to know that as his lawyer, I apologize for what he did on that hoverboard,” said defense attorney Paul Stockler. “It’s unacceptable and you can be assured that when I agreed to represent him, I got in his face and told him what I thought about him for doing this, which I think needed to be done.”