De La Hoya pulls out of Sept. 11 fight, says he has COVID

The 48-year-old tweeted a video of himself in the hospital, saying he'd tested positive despite being vaccinated. 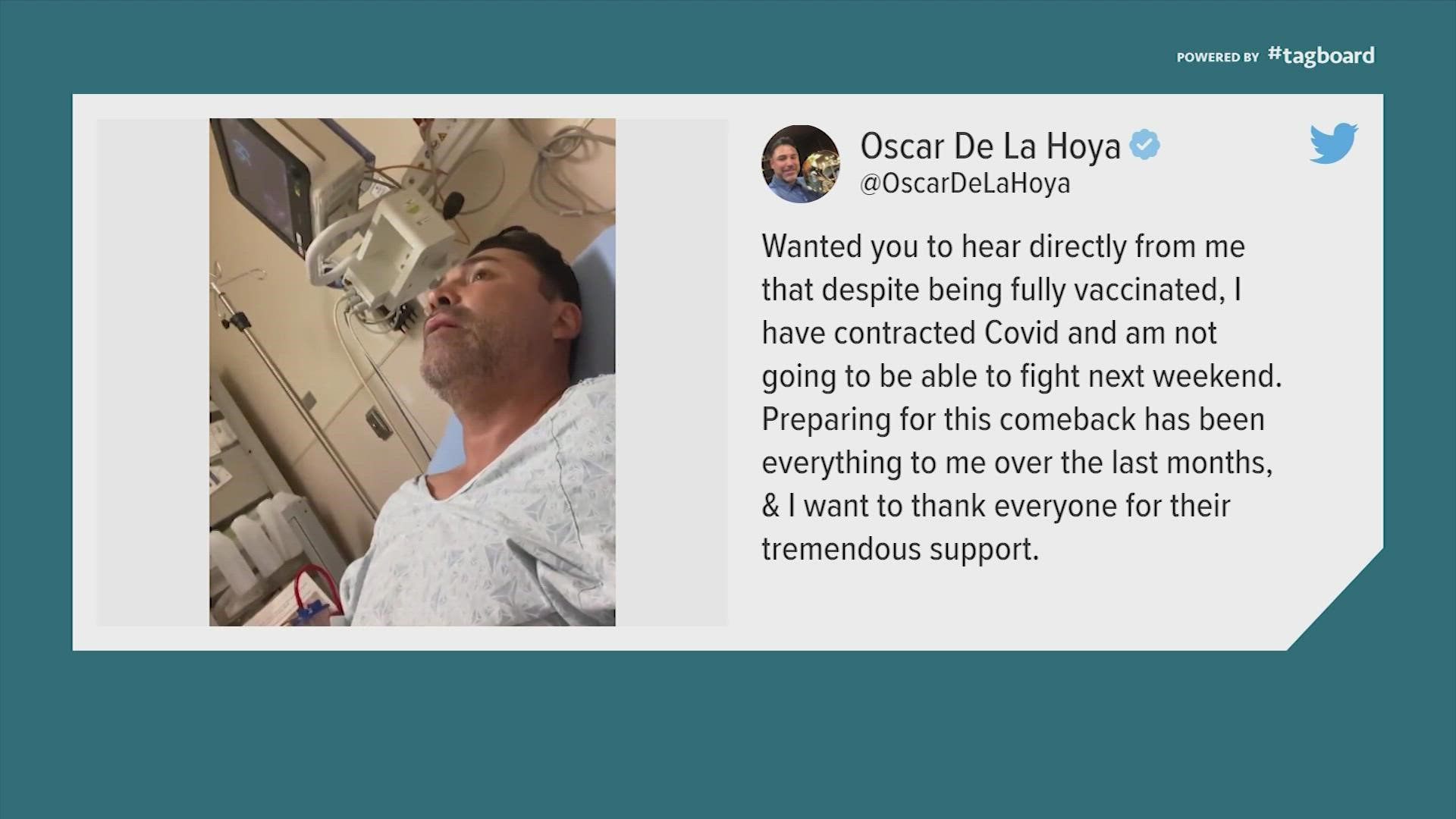 LOS ANGELES — Oscar De La Hoya's return to the ring will have to wait after the fighter said he tested positive for COVID-19.

The 48-year-old De La Hoya was scheduled to fight on Sept. 11 against former MMA fighter Vitor Belfort in a pay-per-view event at Staples Center in Los Angeles. It would have been his first fight since being stopped by Manny Pacquiao in 2008.

The former boxing champion posted a video online Friday of himself in a hospital bed, saying he caught the virus despite being fully vaccinated.

“I am currently in the hospital getting treatment and am confident I will be back in the ring before the year is up," De La Hoya said.

Wanted you to hear directly from me that despite being fully vaccinated, I have contracted Covid and am not going to be able to fight next weekend. Preparing for this comeback has been everything to me over the last months, & I want to thank everyone for their tremendous support. pic.twitter.com/0wKEnr5Jzv

De La Hoya, who has been a boxing promoter since retiring, was to have fought the 44-year-old Belfort at 185 pounds, 40 pounds heavier than he was for his loss to Pacquiao.