Daniel Pantaleo was recorded on video wrestling Eric Garner to the ground in 2014, with his arm wrapped tightly around Garner's neck. 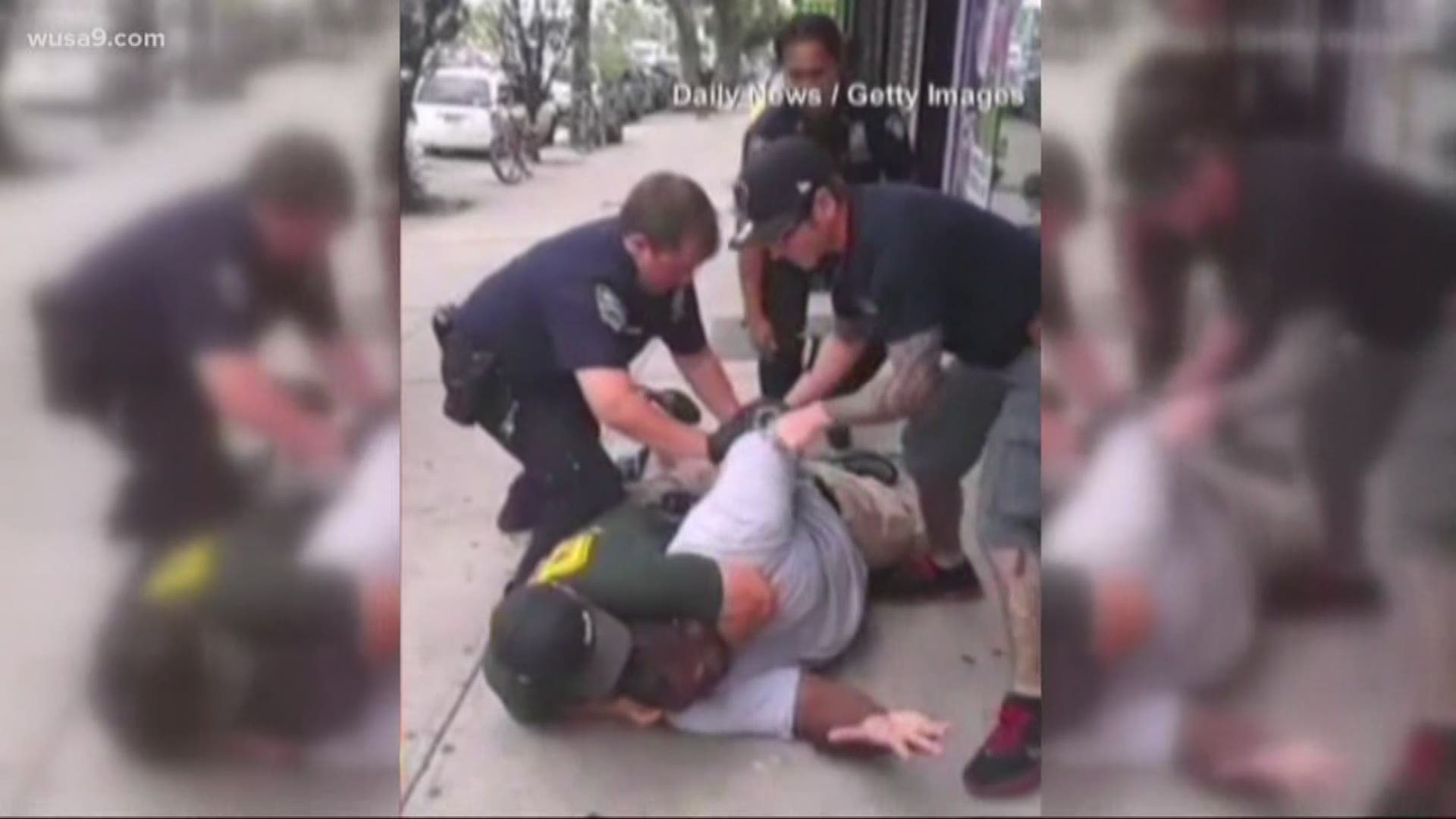 After five years of investigations and protests, the New York City Police Department on Monday fired an officer involved in the 2014 chokehold death of Eric Garner, the unarmed man whose dying gasps of "I can't breathe" gave voice to a national debate over race and police use of force.

Police Commissioner James O'Neill said he fired Daniel Pantaleo, who is white, based on a recent recommendationof a department disciplinary judge.

O'Neill said he thought Pantaleo's use of the banned chokehold as he wrestled with Garner was a mistake that could have been made by any officer in the heat of an arrest. But it was clear Pantaleo had broken department rules and "can no longer effectively serve as a New York City police officer."

"None of us can take back our decisions," O'Neill said, "especially when they lead to the death of another human being."

The decision was welcomed by activists and Garner's family, but immediately condemned by the head of the city's largest police union, who declared that it would undermine morale and cause officers to hesitate to use force under any circumstances, for fear they could be fired.

"The job is dead!" Patrolman's Benevolent Association President Patrick Lynch said at a news conference, standing in front of a police department flag that had been hung upside down.

His voice cracking with anger, Lynch called Pantaleo an "exemplary" officer and called for union members to participate in a no-confidence vote on the mayor and commissioner.

"It's absolutely essential that the world know that the New York City Police Department is rudderless and frozen," he said. "The leadership has abandoned ship and left our police officers on the street alone, without backing."

RELATED: 'Fire Pantaleo' | What were protesters chanting during the Democratic Debate?

Pantaleo's lawyer, Stuart London, said he would try to get the officer reinstated.

De Blasio, speaking at City Hall, said he hoped the decision would let the city, the department and Garner's family move forward.

"Today, we are finally seeing justice done," he said. "Today will not bring Eric Garner back, but I hope it brings some small measure of closure to the Garner family."

Video of the confrontation between Garner and a group of officers led to years of protests and calls by black activists and liberal politicians for Pantaleo to lose his job. City officials had long insisted that they could not take action until criminal investigations were complete.

A state grand jury declined to indict Pantaleo in 2014. Federal authorities, however, kept a civil rights investigation open for five years before announcing last month they would not bring charges.

Pantaleo's lawyer has insisted the officer used a reasonable amount of force and did not mean to hurt Garner.

Credit: AP
FILE - In this May 13, 2019, file photo New York City police officer Daniel Pantaleo leaves his house Monday, May 13, 2019, in Staten Island, N.Y. New York City’s police commissioner has scheduled a midday news conference as the city waits for his decision on whether to fire Pantaleo, a police officer involved in the 2014 death of an unarmed black man. Police commissioner James O’Neill said he would make an announcement at 12:30 p.m. Monday, Aug. 19, on an undisclosed topic. (AP Photo/Eduardo Munoz Alvarez, File)

O'Neill said Pantaleo initially placed Garner in a chokehold as the two men stumbled backward into a glass window. That, he said, was understandable, given the struggle.

But after the officers got Garner on the ground, Pantaleo did not relax his grip but "kept his hands clasped and maintained the chokehold." That, he said, was the mistake that cost him his job.

"That exigent circumstance no longer existed when they moved to the ground," O'Neill said.

Garner's death came at a time of a growing public outcry over police killings of unarmed black men that sparked the national Black Lives Matter movement.

Just weeks later, protests erupted in Ferguson, Missouri, over the fatal shooting of 18-year-old Michael Brown. And later in 2014, a man angry about the Garner and Brown cases shot two New York City police officers to death in their cruiser in retribution.

The Rev. Al Sharpton said Garner's family was "relieved but not celebratory."

"Pantaleo will go home a terminated man, but this family had to go to a funeral," Sharpton said at a news conference.

Garner's daughter, Emerald Snipes Garner, thanked O'Neill "for doing the right thing." She said she is urging lawmakers to make it a state and federal crime— not just an administrative violation— for any police officer to use a chokehold.

"I should not be here standing with my brother, fatherless," she said. "He's fired, but the fight is not over."

De Blasio had never said whether he believed Pantaleo should lose his job but promised "justice" to the slain man's family, leading union officials to say the disciplinary process appeared rigged.

Asked whether the mayor forced his hand, O'Neill said the dismissal was his choice. "This is the decision that the police commissioner makes," he said, calling Garner's death an "irreversible tragedy" that "must have a consequence."

At a recent administrative trial at police headquarters, Pantaleo's lawyers argued that he used an approved "seat belt" technique to subdue Garner, who refused to be handcuffed after officers accused him of selling untaxed cigarettes.

In a bystander's video, it appeared that Pantaleo initially tried to use two approved restraint tactics on Garner, who was much larger at 6-foot-2 (188 centimeters) and about 400 pounds (180 kilograms), but ended up wrapping his arm around Garner's neck for about seven seconds as they struggled against a glass storefront window and fell to the sidewalk.

The footage showed Garner, who was 43 at the time, crying out, "I can't breathe," at least 11 times before he fell unconscious. The medical examiner's office said a chokehold contributed to Garner's death.

Questions about the handling of the case have dogged de Blasio during his longshot run for president, with some protesters at the recent debate in Detroit chanting, "Fire Pantaleo."