Goodell spoke at a news conference during the 2019 Winter Leagues Meetings, saying the NFL gave Kaepernick a "unique opportunity' that he 'chose not to take.' 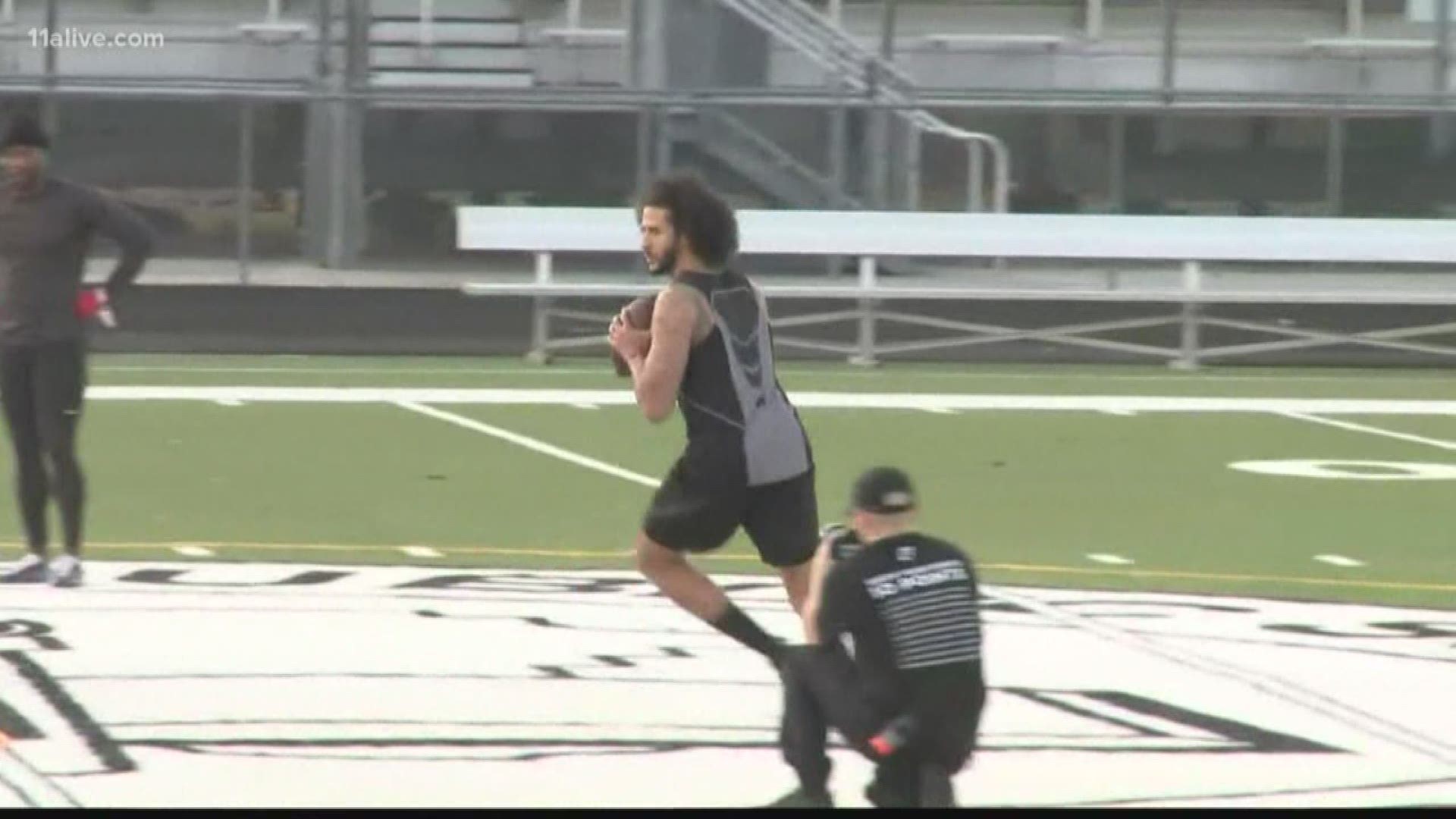 NFL commissioner Roger Goodell says the league as "moved on" after an NFL sponsored workout for the former San Francisco 49ers quarterback went awry in November.

Goodell spoke at a news conference during the 2019 Winter Leagues Meetings in Texas Wednesday, addressing the November workout, where Kaepernick backed out at the last minute to hold his own workout at a different venue.

RELATED: Report: No interest in Kaepernick by NFL teams after workout

"It was a unique opportunity. A credible opportunity," Goodell said. "He chose not to take it, and I understand that. We've moved on from here."

Kaepernick, 32, has claimed he has been blackballed by the NFL because of his decision to kneel as a way of protesting police brutality and racial injustice, which led to a contentious national debate.

He was scheduled to hold a workout on Nov. 16 for several NFL teams at the Atlanta Falcons' facility. But he moved the workout at the last minute to a high school 60 miles away. The team representing him cited concerns with transparency with the original workout site, including that it would be closed to the media.

Only seven of the original 25 team representatives followed along to the new location. ESPN's Adam Schefter later reported no NFL teams have reached out to talk to him, even after Kaepernick's representatives sent video of the workout to teams who did not attend.