Will they play or won't they? There's been a new push to restart talks between the MLB and the players' union. 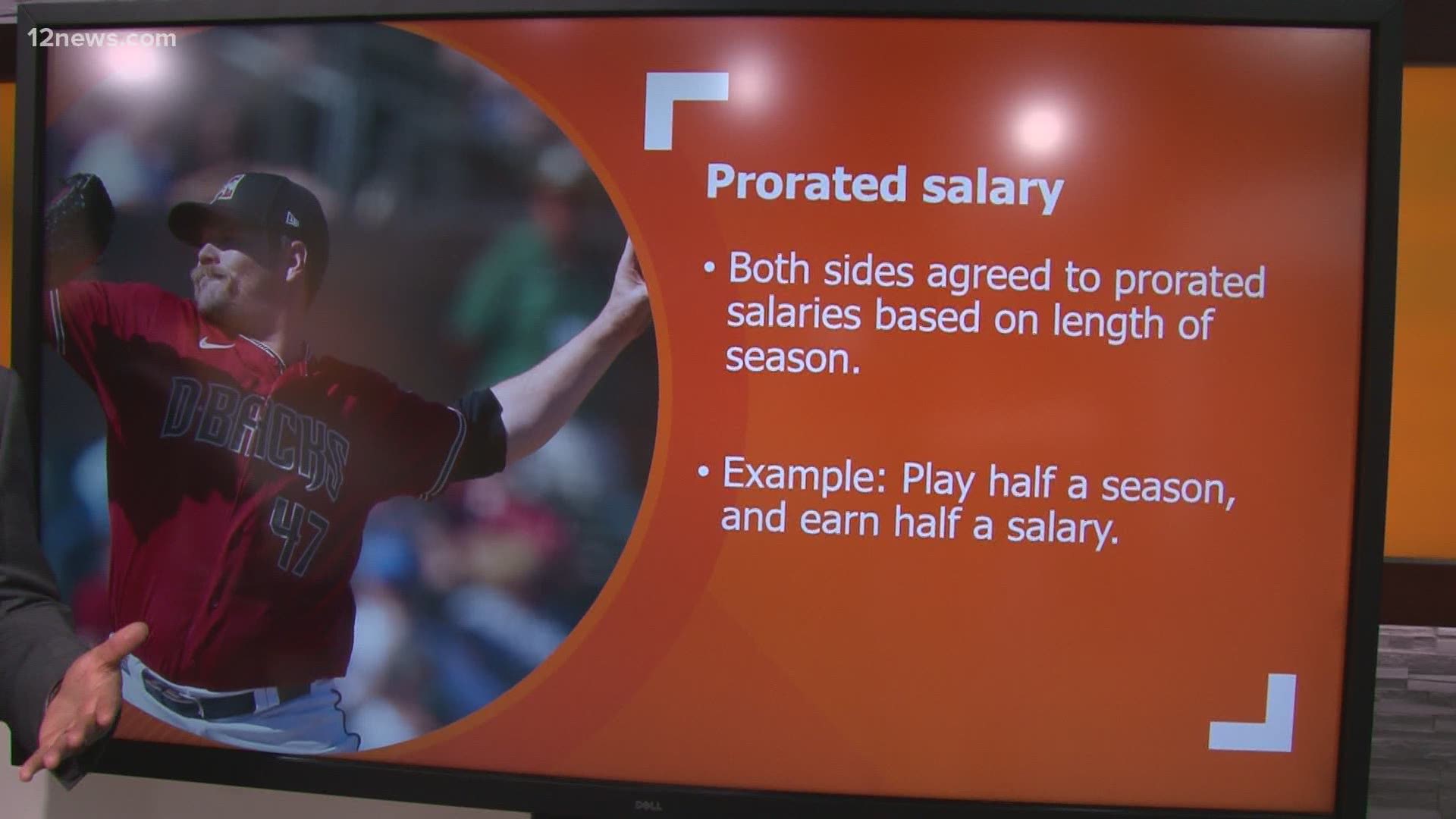 NEW YORK — Major League Baseball has made a fourth proposal to the players' union aimed at starting the pandemic-delayed season, a person with knowledge of the proposal said Wednesday.

The person spoke to The Associated Press on condition of anonymity because no announcement was made.

Another person familiar with the session said baseball Commissioner Rob Manfred met with players' union head Tony Clark in Arizona in an attempt to restart talks on the delayed season. The person who disclosed the meeting also spoke on condition of anonymity because no announcement was made.

Clark has homes in the Phoenix area and in New Jersey, and he has been in Arizona since spring training was cut short on March 12. The meeting Monday was called at Manfred's request, the person said.

The union has made two proposals to start the season, and the sides remain about $1 billion apart in guaranteed salary. Players originally were set to earn $4 billion in salaries before the coronavirus outbreak began.

The union cut off talks Saturday, a day after MLB's last proposal, and said additional negotiations were futile. Players told MLB to unilaterally set the schedule but Manfred said MLB would not while there was a threat of a grievance.

The sides reached a deal on March 26 in which players agreed to prorated salaries, part of an agreement that included a guarantee of service time even if no games are played this year.

Teams say they need more pay cuts to afford to play in empty ballparks. Players say they will not accept additional salary reductions.

Credit: AP
FILE - In this Nov. 21, 2019, file photo, baseball commissioner Rob Manfred speaks to the media at the owners meeting in Arlington, Texas.