The American flag above the Frying Pan Tower off the coast of North Carolina has been getting whipped all around by Hurricane Dorian. 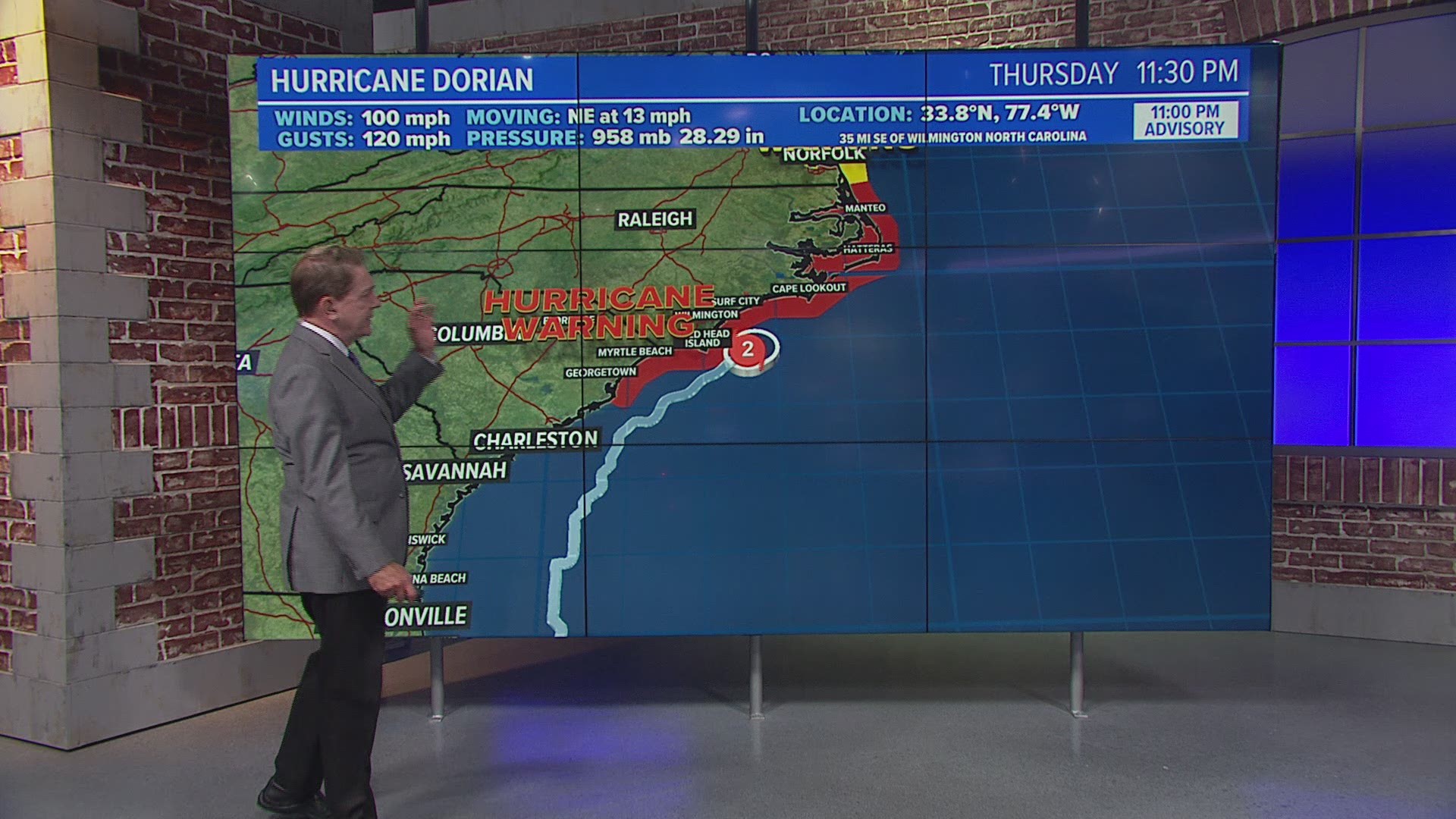 At least four deaths have been reported in the U.S., with each fatality involving men who fell while getting ready for the storm.

The Frying Pan Ocean Cam, from EXPLORE, has been showing a wild scene as the American flag atop the Frying Pan Tower gets whipped all around by Hurricane Dorian.

Last year, a different flag was shredded during Hurricane Florence and was eventually auctioned off.

The ocean camera is attached to the Frying Pan Tower, located about 34 miles off the coast of Cape Fear, North Carolina.

The Post and Courier is providing a live look at Downtown Charleston from the newspaper's building.

EarthCam is also providing various live cameras in the path of Hurricane Dorian including:

The webcam from Salty's Surf Shop gives a view of the choppy surf conditions next to the Ocean Isle Beach Pier in North Carolina.

The VFW Post 3137 has a NEST camera offering live views from the beach in Isle of Palms, South Carolina.

An estimated 3 million people in Florida, Georgia and the Carolinas were warned to evacuate as the storm closed in with the potential for life-threatening storm surge. Navy ships were ordered to ride it out at sea, and military aircraft were moved inland.

The National Hurricane Center's projected track showed Dorian passing near or over the Outer Banks on Friday, lashing the thin line of islands that stick out from the U.S. coast like a boxer's chin. Dorian was then expected to peel away from the shoreline.