As of Friday morning, Dr. Seuss books made up 16 of the top 20 spots on Amazon's bestsellers list. But none of the discontinued titles are on the list. 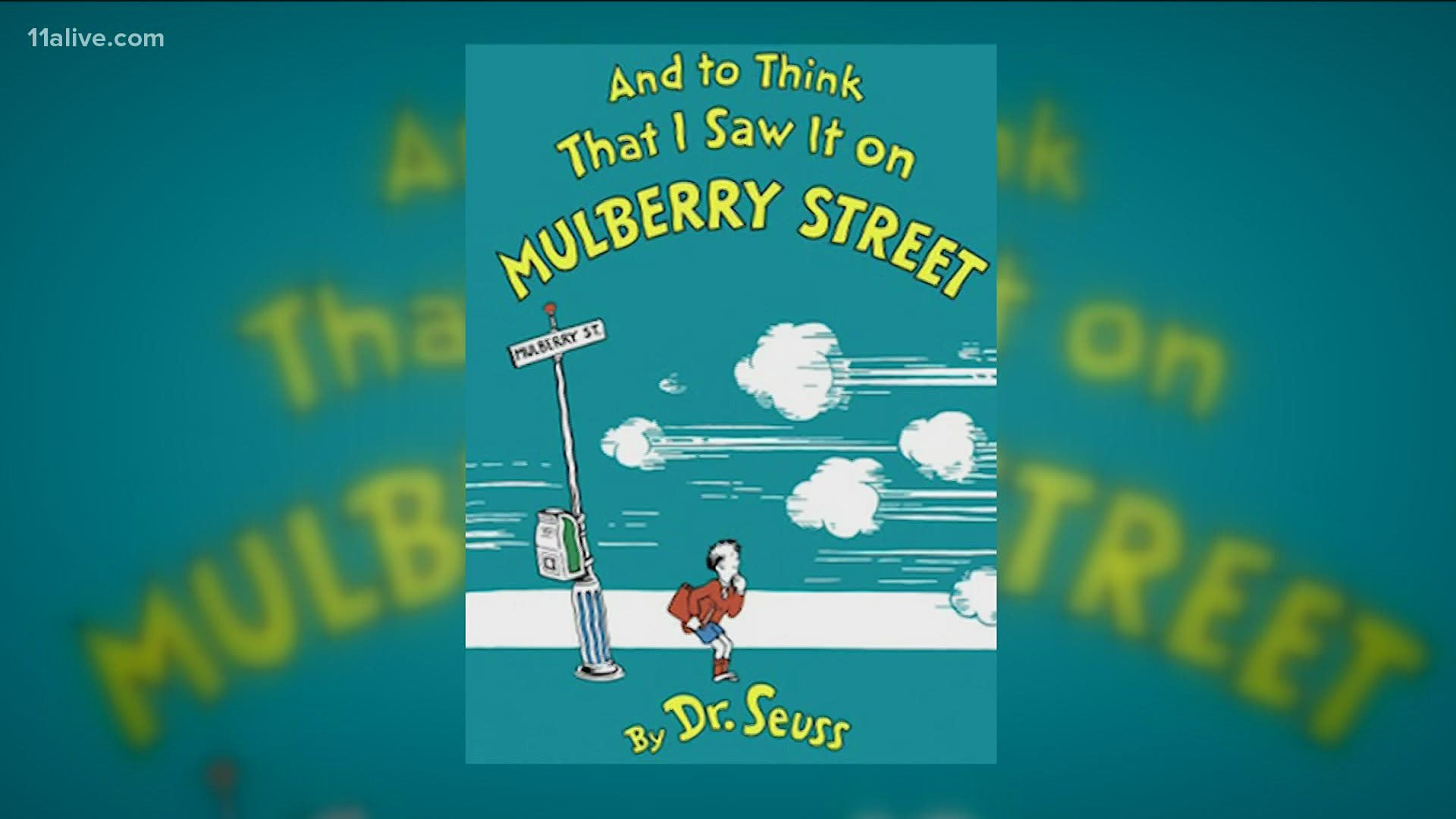 WASHINGTON — Sales of books written by Dr. Seuss have soared in the days following the announcement that six of the author's books would no longer be published, due to racist and insensitive imagery.

Dr. Seuss Enterprises told The Associated Press on Tuesday, the author and illustrator's birthday, that the six books — including “And to Think That I Saw It on Mulberry Street” and “If I Ran the Zoo” — portray people in ways that are hurtful.

The company said its decision to cease publication and sales of those books follows months of deliberations. The other books affected are “McElligot’s Pool,” “On Beyond Zebra!,” “Scrambled Eggs Super!,” and “The Cat’s Quizzer.”

As of Friday morning, 16 of the top 20 books on Amazon's bestsellers list were written by Dr. Seuss.

But none of the discontinued titles were on Amazon's list. While the six discontinued books were still on Amazon, as of Friday, the only available copies were listed for several hundred dollars.

"The Cat in the Hat" was in the top spot, followed by "One Fish two fish red fish blue fish" and "Green Eggs and Ham."

A spokesperson for eBay told The Wall Street Journal it's working to remove the six Dr. Seuss titles from its online marketplace.

Books by Dr. Seuss, who was born Theodor Geisel in 1904 and died in 1991, have been increasingly criticized over the way Blacks, Asians and others are portrayed.

RELATED: VERIFY: No, Loudoun County did not 'cancel' Dr. Seuss

In “And to Think That I Saw It on Mulberry Street," an Asian person is portrayed wearing a conical hat, holding chopsticks, and eating from a bowl. “If I Ran the Zoo” includes a drawing of two bare-footed African men wearing what appear to be grass skirts with their hair tied above their heads.

While Dr. Seuss books filled most of the top 20 slots on Amazon.com's bestseller list on Friday,

Random House Children Books, Dr. Seuss' publisher, issued a brief statement Tuesday: “We respect the decision of Dr. Seuss Enterprises (DSE) and the work of the panel that reviewed this content last year, and their recommendation.”

Credit: AP
Dr. Seuss childrens' books, from left, "If I Ran the Zoo," "And to Think That I Saw It on Mulberry Street," "On Beyond Zebra!" and "McElligot's Pool" are displayed at the North Pocono Public Library in Moscow, Pa., Tuesday, March 2, 2021