Check out this Mars sand formation right out of 'Star Trek'

This sand formation looks like the Starfleet logo, and scientists explain how it got there. 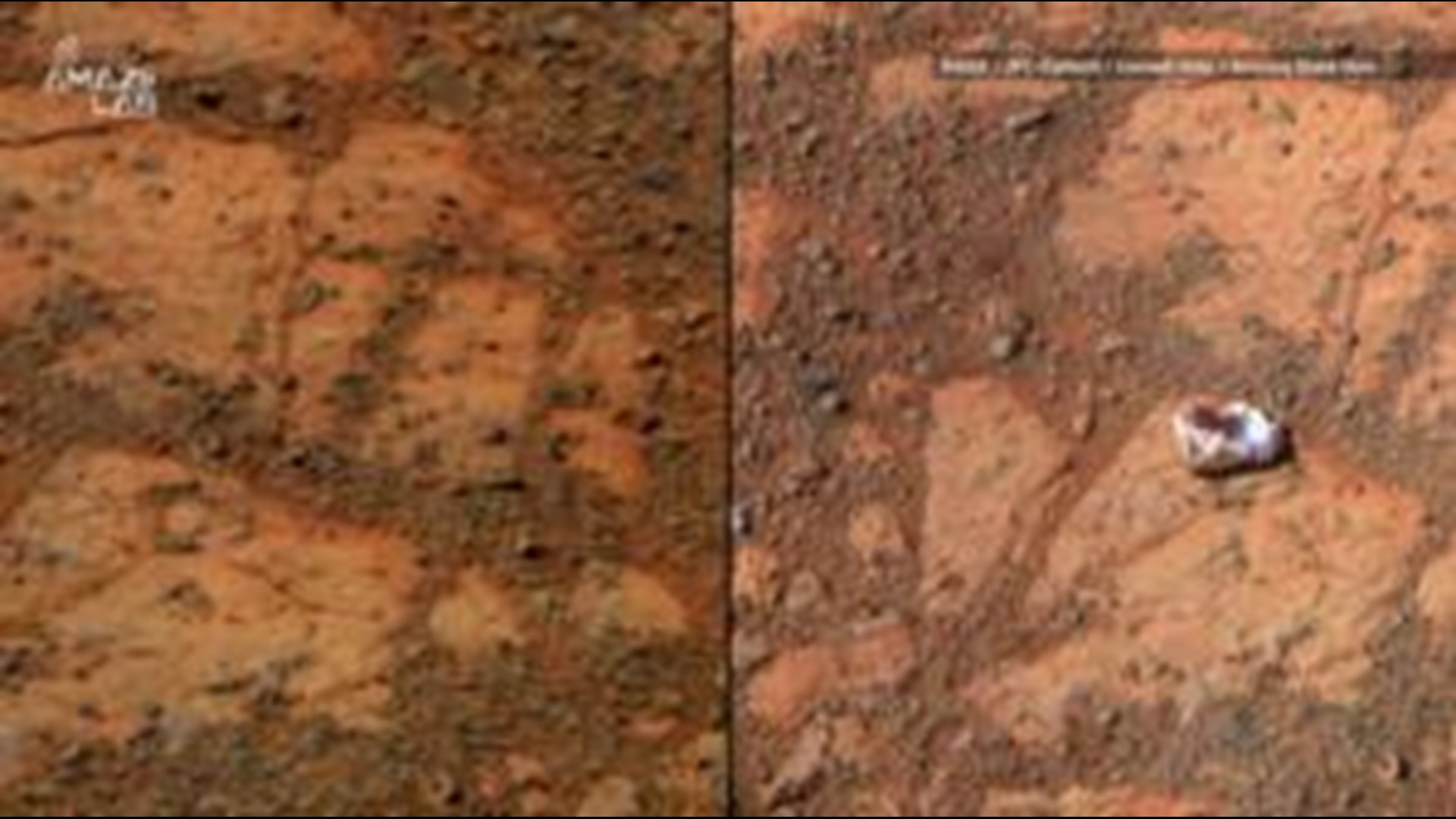 A sand formation found on Mars has the distinct look of the Starfleet logo from "Star Trek."

The High Resolution Imaging Science Experiment (HiRISE) team at the University of Arizona found the chevron shape in Hellas Planitia. HiRISE said it was created from a "complex story of dunes, lava, and wind."

Researchers say lava flowed around crescent-shaped dunes but not over them. The lava eventually became rock and the dunes eventually blew away, leaving "footprints" in the lava plain. Researchers call them "dune casts."

Credit: NASA/JPL/University of Arizona
An image released by the High Resolution Imaging Science Experiment shows a sand formation on Mars that looks similar to the Starfleet logo from "Star Trek."

NASA is working on plans to boldly go to Mars -- where no one has gone before -- within the next couple of decades.