It's a larger than life tribute to Kobe Bryant that can only be seen from the sky. 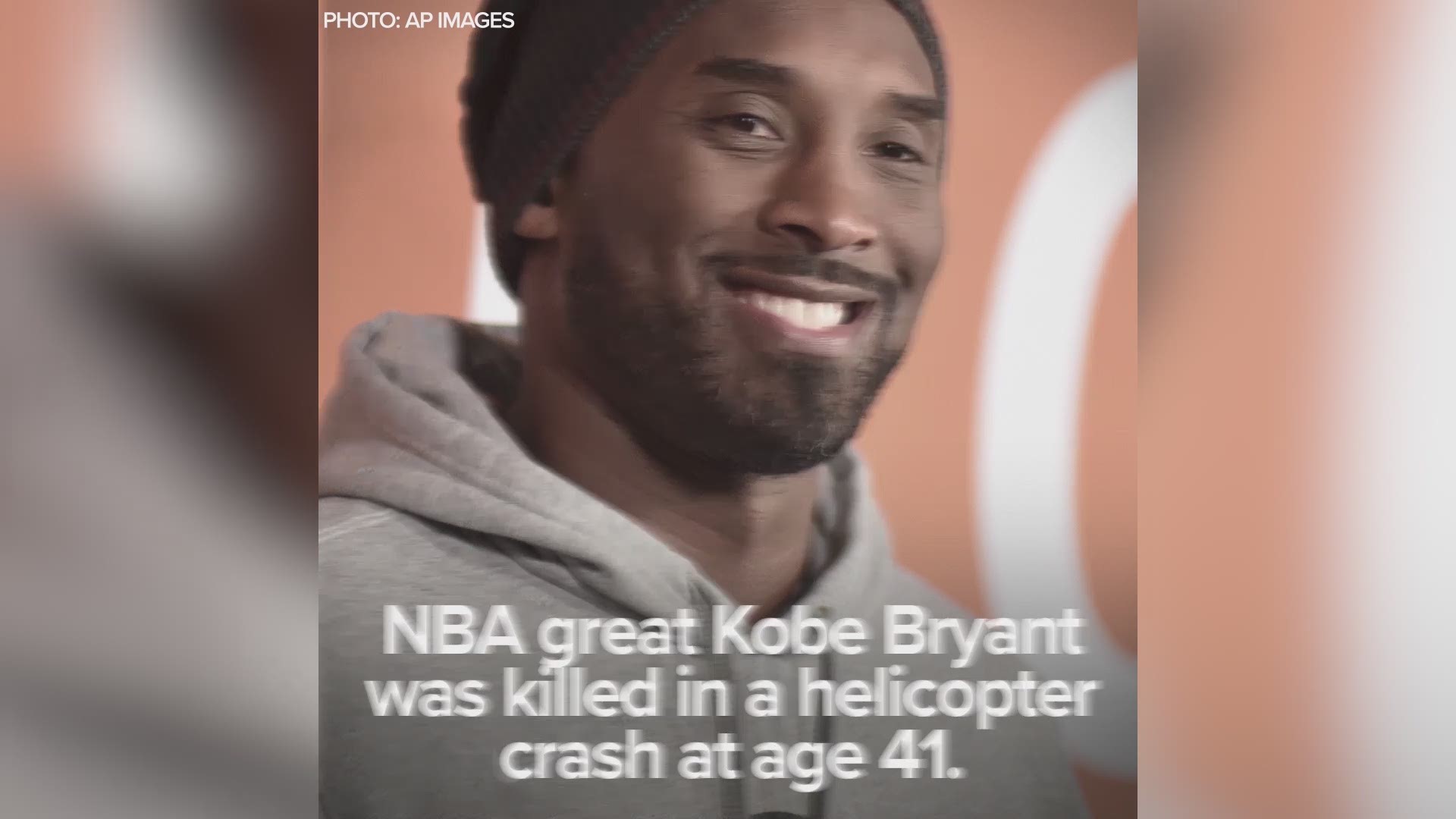 PLEASANTON, California — A California couple transformed part of a baseball field into a massive tribute to the late Kobe Bryant.

Kelli Pearson and her husband used special TurfPrinter technology from their company, New Ground Technology, to make the 115-foot tall and 92-foot wide design at a park in Pleasanton, a San Francisco Bay Area suburb.

Pearson explained that she started the process by creating a black-and-white image of Bryant, based off of several photos. Then, they took the design and put it in the TurfPrinter.

The technology blows air to bend the grass one way or another to create the dark and light contrast seen in the design. The process took about an hour, Pearson said.

Credit: Kelli Pearson/New Ground Technology
Kelli Pearson and her husband created this massive grass tribute to Kobe Bryant at a local park in Pleasanton, California. They used special technology that bends grass to make up the light and dark contrast.

While the artwork is certainly larger than life, it doesn't last too long.

Pearson said that the image begins to fade after about two days as the grass bends back up to its natural position. She said that it'll be totally gone by the fourth day.

RELATED: All 9 victims in the Kobe Bryant helicopter crash have been identified

Pearson added that she and her husband are big Steph Curry and Kobe Bryant fans, and it warms their hearts they were able to use the technology to create this tribute for everyone to enjoy.

Credit: Kelli Pearson/New Ground Technology
Kelli Pearson and her husband created this massive grass tribute to Kobe Bryant at a local park in Pleasanton, California. They used special technology that bends grass to make up the light and dark contrast.

Bryant and his 13-year-old daughter Gianna were among the nine victims killed in a helicopter crash Sunday in Calabasas near Los Angeles. The group on-board, which included other parents and players from the team, was flying to a girls' basketball game that afternoon.