McConnell, who is currently up for reelection, was asked by reporters Thursday about his bruised, discolored hands. He only said there was 'no concern.' 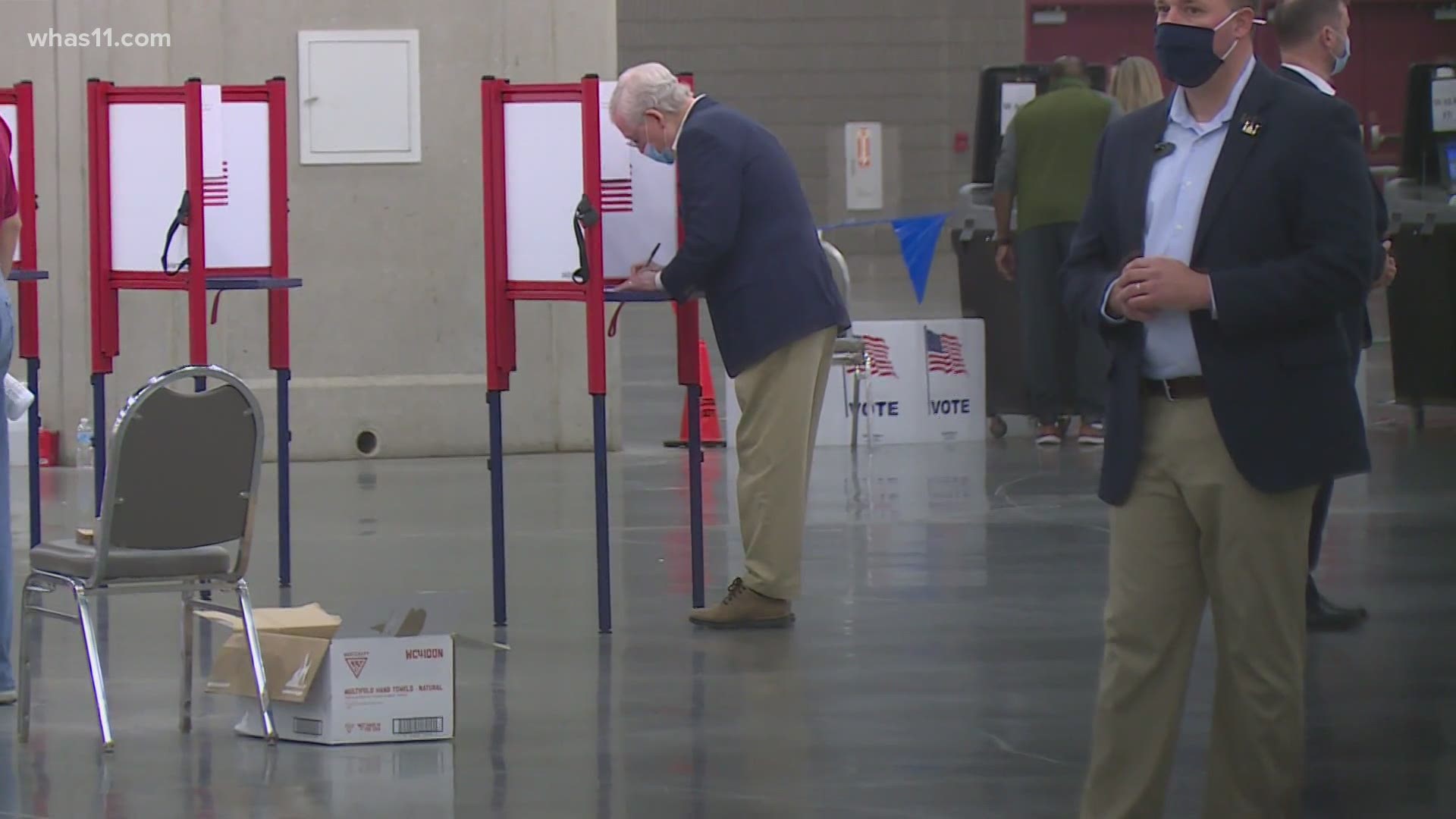 WASHINGTON — Senate Majority Leader Mitch McConnell told reporters that there were "no concerns" about his health when reporters asked him about his hand which appeared to be covered in bandages and bruised, according to reports.

The concern first started swirling on social media when a photo went viral Wednesday showing the senator's bruised and bandaged hands with the caption, "Uhhhhh look at this picture of Mitch McConnell's hands that @lizzyratner found on AP."

McConnell, a 78-year-old who is currently up for reelection, was asked about it by a CNN and Politico reporter Thursday. He only said there was "no concern." Later he avoided another question from a reporter asking if he was being treated by medical professionals, according to CNN.

Uhhhhh look at this picture of Mitch McConnell's hands that @lizzyratner found on AP pic.twitter.com/Y4LJL7mAdh

The discoloration and bandages were somewhat visible in a C-SPAN video of the U.S. Senate floor on Thursday when McConnell was discussing the Supreme Court nominee Amy Coney Barrett.

Credit: C-SPAN
A screenshot of a C-Span broadcast of the US Senate floor with Senate Majority Leader Mitch McConnell on October 22, 2020.

However, when he was seen around the Capitol Building he kept his hand in his pocket, according to reports and photos.

"It's understandable that Senator McConnell might not want to discuss questions about his health so close to an election," Marisa McNee, a spokesperson for Kentucky Democratic Party, told BuzzFeed News. "But as Senate Majority Leader, he is a public figure which requires more disclosure and transparency than just the average private person."

McNee added that the senator has been open about his health in the past. In 2003, he underwent triple heart bypass surgery and in 2019 he fractured his shoulder after a fall in his Kentucky home, CNN reported.

"It's not clear why he's suddenly become so secretive, but we certainly wish him well and hope he is okay," said McNee.

RELATED: US jobless claims drop to 787,000, but layoffs remain high