Both St. Louis area cheerleading teams involved in fight benched for the season

The fight broke out between the East St. Louis High School and Trinity Catholic High School cheer teams as they were performing "dueling routines" 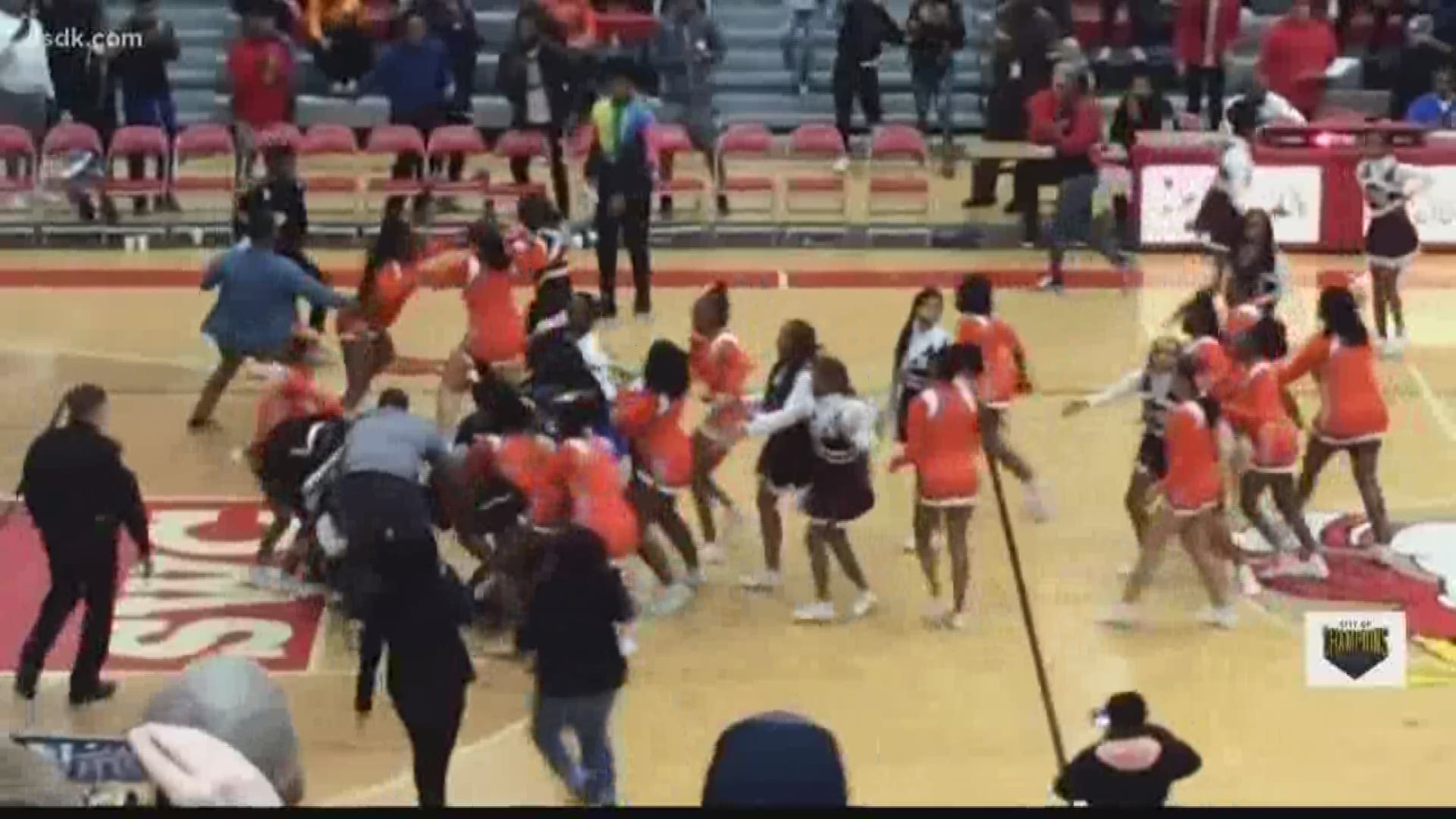 ALTON, Ill — Trinity Catholic High School has joined East St. Louis Sr. High School in canceling the rest of the season for its cheerleading team after a fight last Saturday.

The teams were performing "dueling routines" during the Alton Shootout at Alton High School when suddenly the two sides started to fight.

The incident was caught on camera.

On Thursday, officials at the East St. Louis school announced the rest of the season was canceled for the cheerleading squad.

“We expect our teams to conduct themselves in a manner that will protect the safety of athletes, officials, coaches and spectators at sporting events," East St. Louis Superintendent Arthur R. Culver said in a statement. "We regret that our cheerleading team did not conduct themselves in a manner commensurate with these expectations. After a thorough investigation, consequences were administered which resulted in the immediate conclusion of the cheerleading season for this school year. We will not lower our expectations and will consistently take strong action when safety and sportsmanship is compromised.”

On Friday, Trinity Catholic High School also announced the cheerleading team would be benched for the season.

"While we understand this event has been painful and traumatic for the cheerleaders, their parents and other members of the community, it is essential that we focus on staying true to our mission, that we prevent incidents of this nature from happening again and that we continue to have the safety, security and health of our students as our first priority," school president Dan Grumich said in an emailed statement.

Grumich added that the squads plan to partner "to reconcile the recent incident together." 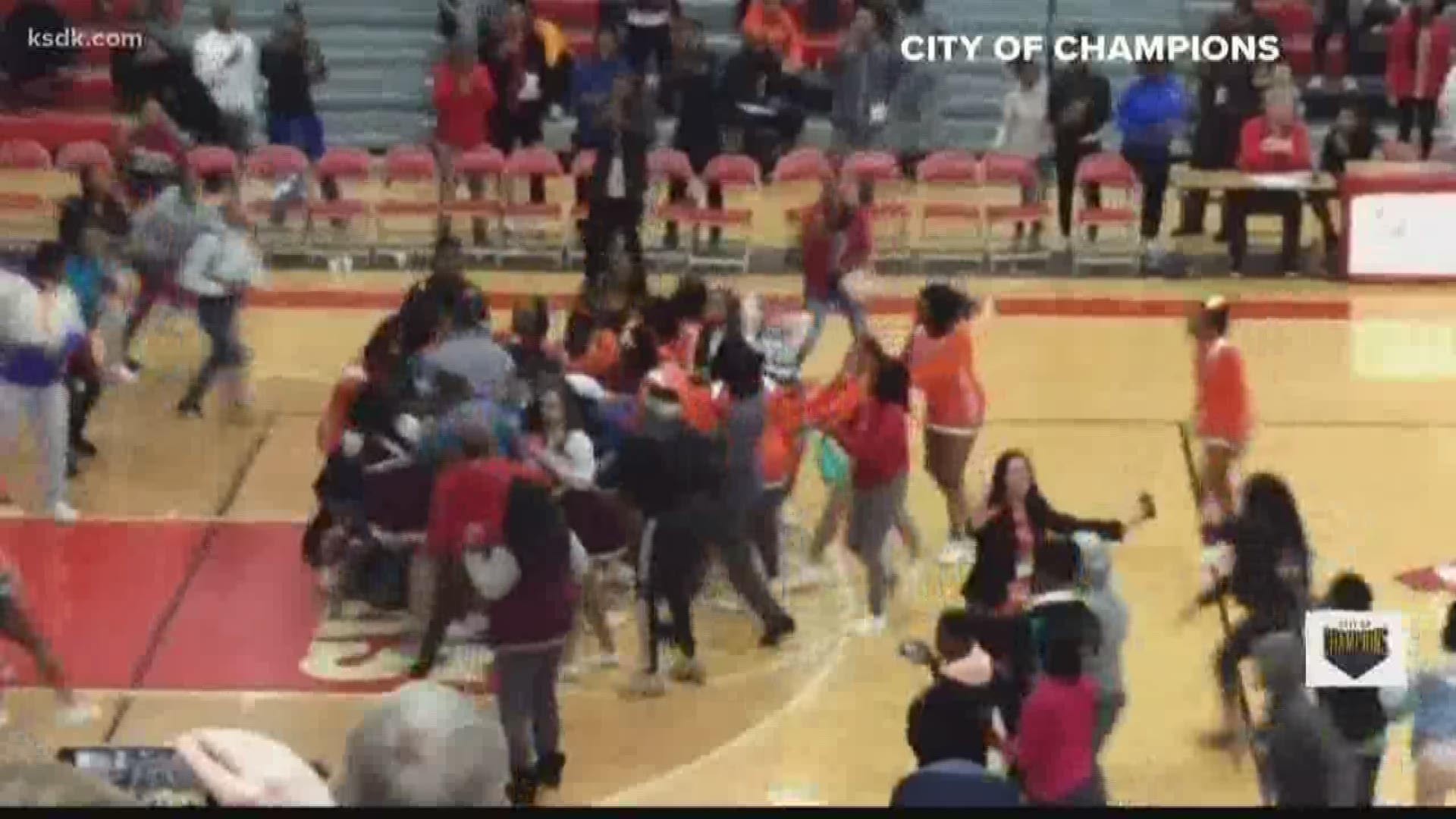 Behind the camera when the incident happened was Larry Duncan Allen. He shoots most East St. Louis games for his company City of Champions TV.

"This one video got more hits than all my games put together,” he said.

Duncan Allen came to the girls' defense, saying they deserve a second chance.

"In East St. Louis, we just want to condemn our kids for any little wrong they do and forget about the good that they've done. These girls have carried themselves with class all year long, and with one problem, they're suspended the rest of the season,” he said.

This is the same gym where a basketball game between Alton and Riverview Gardens ended in a brawl in November of 2018. Five people were charged with crimes in connection with that fight.