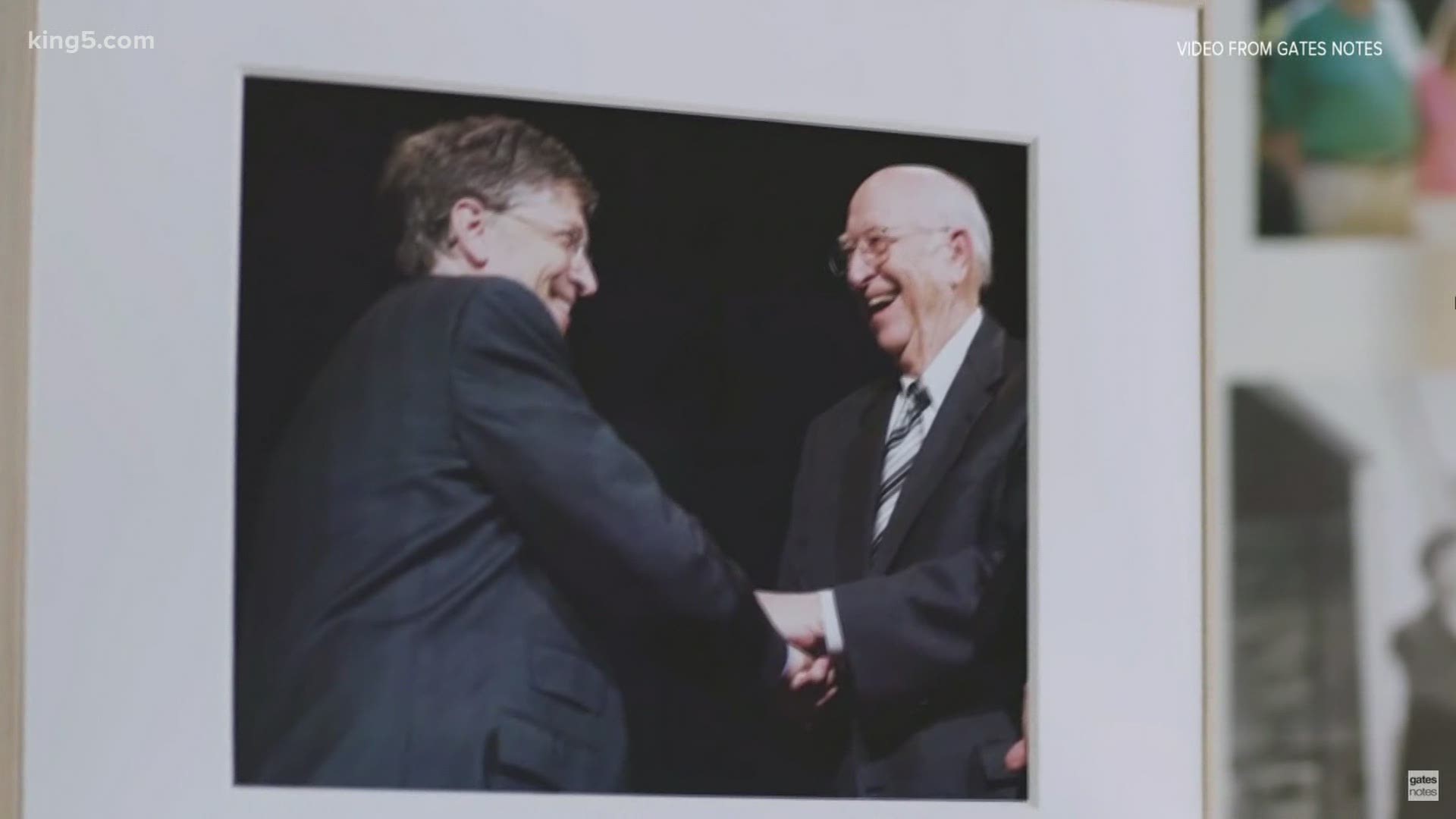 SEATTLE — William H. Gates II, a lawyer and philanthropist, also known as the father of Microsoft co-founder Bill Gates, has died at 94.

The family announced Tuesday that Gates died peacefully Monday at his beach home in Washington state from Alzheimer's disease.

In a statement, the family credited the patriarch with a "deep commitment to social and economic equity," noting that he was responsible for the Bill & Melinda Gates Foundation's first efforts to improve global health. Bill Gates Jr. wrote on his blog that his dad's "wisdom, generosity, empathy, and humility had a huge influence on people around the world."

His son, Bill Gates, said his father was instrumental in the formation of The Bill & Melinda Gates Foundation.

"Melinda and I owe him a special debt because his commitment to serving the community and the world helped inspire our own philanthropy. Although he would be the last person to say it, my father’s compassion and generosity will live on in the foundation he helped build. As I’ve said many times before, my dad was the real Bill Gates. He was all the things I strive to be," Bill Gates said in a prepared statement.

In 2018, the younger Gates spoke about his father's fight with Alzheimer's, as he announced a $100 million pledge to fight the disease.

“He had a unique talent of being able to inspire and encourage you to tackle those tasks that were daunting and he stood beside you the whole way,” said Nancy Osborne, a long-time friend of Bill Gates Sr.

“I am convinced that Bill Gates is as successful as he has been, because of the influence of his father," she said.

Bill Gates, Sr, grew up in Bremerton and became a prominent attorney. He was a partner in Preston, Gates and Ellis, which later became K&L Gates, one of the largest law firms in the world.

Gates also served on numerous boards and leadership roles, including at co-chair of the philanthropic organization founded by his son and daughter-in-law, the Bill & Melinda Gates Foundation.

"Public service was intrinsic to who he was and in the many years that I’ve known him, that work always inspired me the most. Throughout his distinguished legal career, he sought to perfect our system of justice and with his personal time, he took on leadership positions at more than two dozen organizations, including Planned Parenthood, the United Way, the Bill & Melinda Gates Foundation, and of course, the University of Washington," she wrote.

"Bill Gates Sr. was a champion for our region, and for the things that make this corner of the world so special. He was towering, both figuratively and literally, and leaves behind a legacy of philanthropy, advocacy for higher education and progressive tax reform that can serve as inspiration for our entire region. My thoughts are with the Gates family, and the countless people across King County his life touched," he wrote.

“He was a Northwest boy through and through who had a big impact on our region, from founding a prestigious Northwest law firm to leading the Gates Foundation to being a leading voice on important public policy issues," she wrote.