The order is designed to improve workers' opportunities in the economy, increase their chances of employment and generate more competition among US employers. 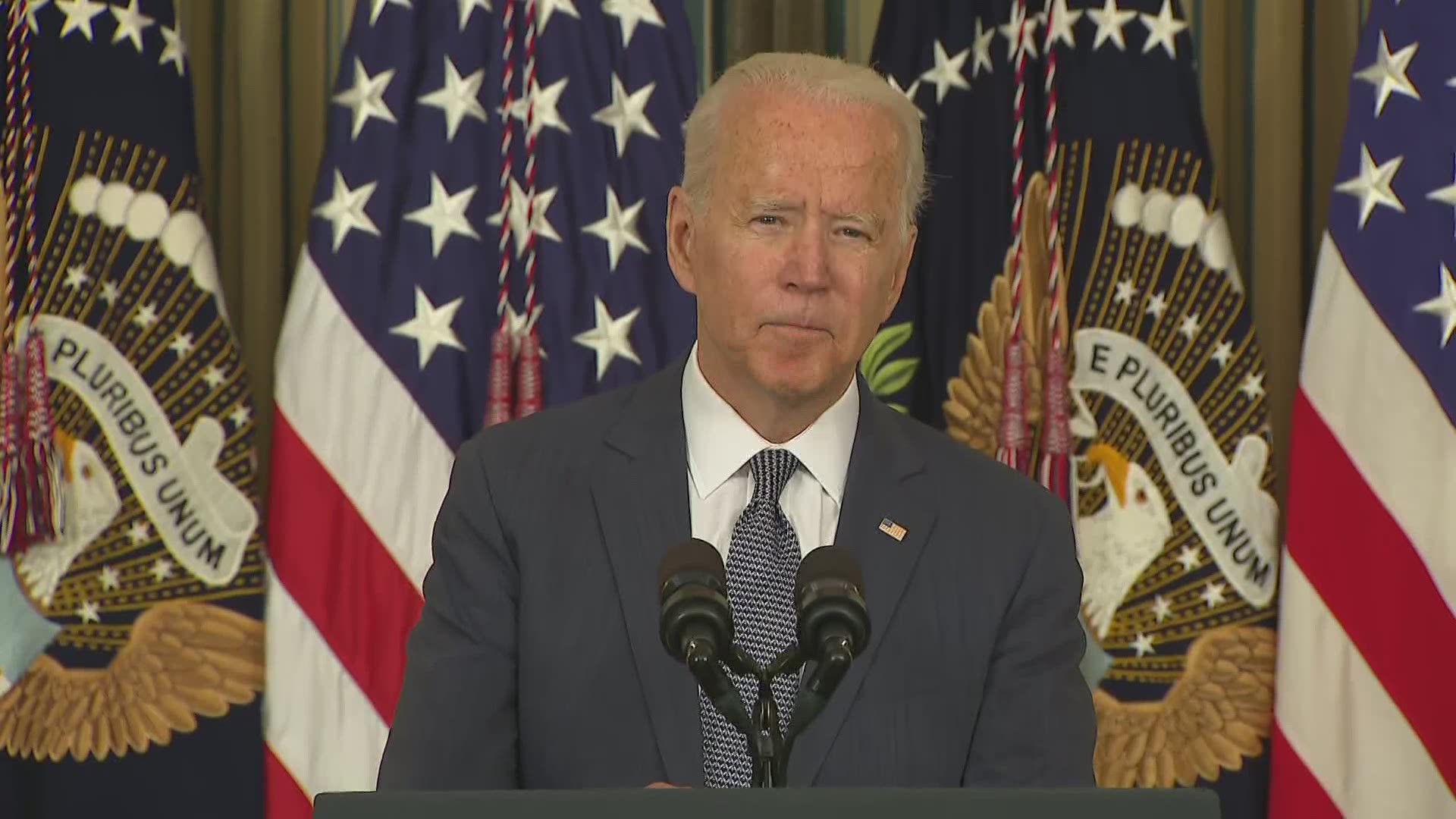 WASHINGTON — President Joe Biden signed an executive order on Friday targeting what he labeled anticompetitive practices in tech, health care and other parts of the economy, declaring it would fortify an American ideal “that true capitalism depends on fair and open competition."

The sweeping order includes 72 actions and recommendations that Biden said would lower prices for families, increase wages for workers and promote innovation and faster economic growth. However, new regulations that agencies may write to translate his policy into rules could trigger major legal battles.

The order includes calls for banning or limiting noncompete agreements to help boost wages, allowing rule changes that would pave the way for hearing aids to be sold over the counter at drugstores and banning excessive early termination fees by internet companies. It also calls on the Transportation Department to consider issuing rules requiring airlines to refund fees when baggage is delayed or in-flight services are not provided as advertised.

“Let me be clear: Capitalism without competition isn’t capitalism. It’s exploitation," he said.

But experts noted that Biden's sprawling presidential initiative is hardly a mandate on competition.

“This is really more of a blueprint or agenda than a traditional executive order,” said Daniel Crane, a law professor at the University of Michigan who focuses on antitrust. “This is a very broad and ambitious policy agenda for the Biden administration that offers lots of insights on the administration’s direction and priorities, but there could be many a slip between the cup and the lip.”

Biden's order includes a flurry of consumer-pointed initiatives that could potentially lead to new federal regulations, but it also includes plenty of aspirational language that simply encourages agencies to take action meant to bolster worker and consumer protections.

Business and trade groups quickly expressed opposition, arguing that the order would stifle economic growth just as the U.S. economy is recovering from the coronavirus pandemic.

“Some of the actions announced today are solutions in search of a problem,” said Jay Timmons, president and CEO of the National Association of Manufacturers. “They threaten to undo our progress by undermining free markets and are premised on the false notion that our workers are not positioned for success.”

Credit: AP
President Joe Biden hands out a pen after signing an executive order aimed at promoting competition in the economy, in the State Dining Room of the White House, Friday, July 9, 2021, in Washington.

The order seeks to address noncompete clauses — an issue affecting some 36 million to 60 million Americans, according to the White House — by encouraging the Federal Trade Commission to ban or limit such agreements, ban unnecessary occupational licensing restrictions and strengthen antitrust guidance to prevent employers from collaborating to suppress wages or reduce benefits by sharing wage and benefit information with one another.

Noncompete agreements often stop workers in a variety of industries from going to other employers for higher pay. Biden noted that in some states even fast food franchises include such clauses for low-wage workers.

“Come on, are there trade secrets about what’s inside the patty?” Biden said.

The order also takes aim at tech giants Facebook, Google, Apple and Amazon by calling for greater scrutiny of mergers, “especially by dominant internet platforms, with particular attention to the acquisition of nascent competitors, serial mergers, the accumulation of data, competition by ‘free’ products, and the effect on user privacy.”

In his executive order, Biden also calls on the Federal Maritime Commission to take action against shippers that it says are “charging American exporters exorbitant charges” and the Surface Transportation Board to require railroad track owners to “strengthen their obligations to treat other freight companies fairly.”

The White House argues that rapid consolidation and sharp hikes in pricing in the shipping industry have made it increasingly expensive for U.S. companies to get goods to market. In 2000, the largest 10 shipping companies controlled 12% of the market. They now control about 82%, according to the Journal of Commerce.

The World Shipping Council, an industry trade group, pushed back in a statement that “normalized demand, not regulation," is the way to answer rising costs.

“There is no market concentration ‘problem’ to ‘fix,’ and punitive measures levied against carriers based on incorrect economic assumptions will not fix the congestion problems," said John Butler, president and CEO of the council.

The order also notes that over the past two decades the U.S. has lost 70% of the banks it once had, with around 10,000 bank closures. Communities of color and rural areas have been disproportionately affected.

To begin addressing the trend, the order encourages the Justice Department as well as the Federal Reserve, the Federal Deposit Insurance Corporation and the Office of the Comptroller of the Currency to update guidelines to provide greater scrutiny of mergers. It also encourages the Consumer Financial Protection Bureau to issue rules allowing customers to download their banking data and take it with them when they switch.

The order includes several provisions that could affect the agricultural industry. It calls on the U.S. Department of Agriculture to consider issuing new rules defining when meat can use “Product of USA” labels. It also encourages the FTC to limit farm equipment manufacturers' ability to restrict the use of independent repair shops or do-it-yourself repairs — such as when tractor companies block farmers from repairing their own tractors.

“Competition policy needs new energy and approaches so that we can address America’s monopoly problem," Klobuchar said. “That means legislation to update our antitrust laws, but it also means reimagining what the federal government can do to promote competition under our current laws.”