Answering the top questions about the shutdown

These are the top questions people have been asking about the government shutdown. 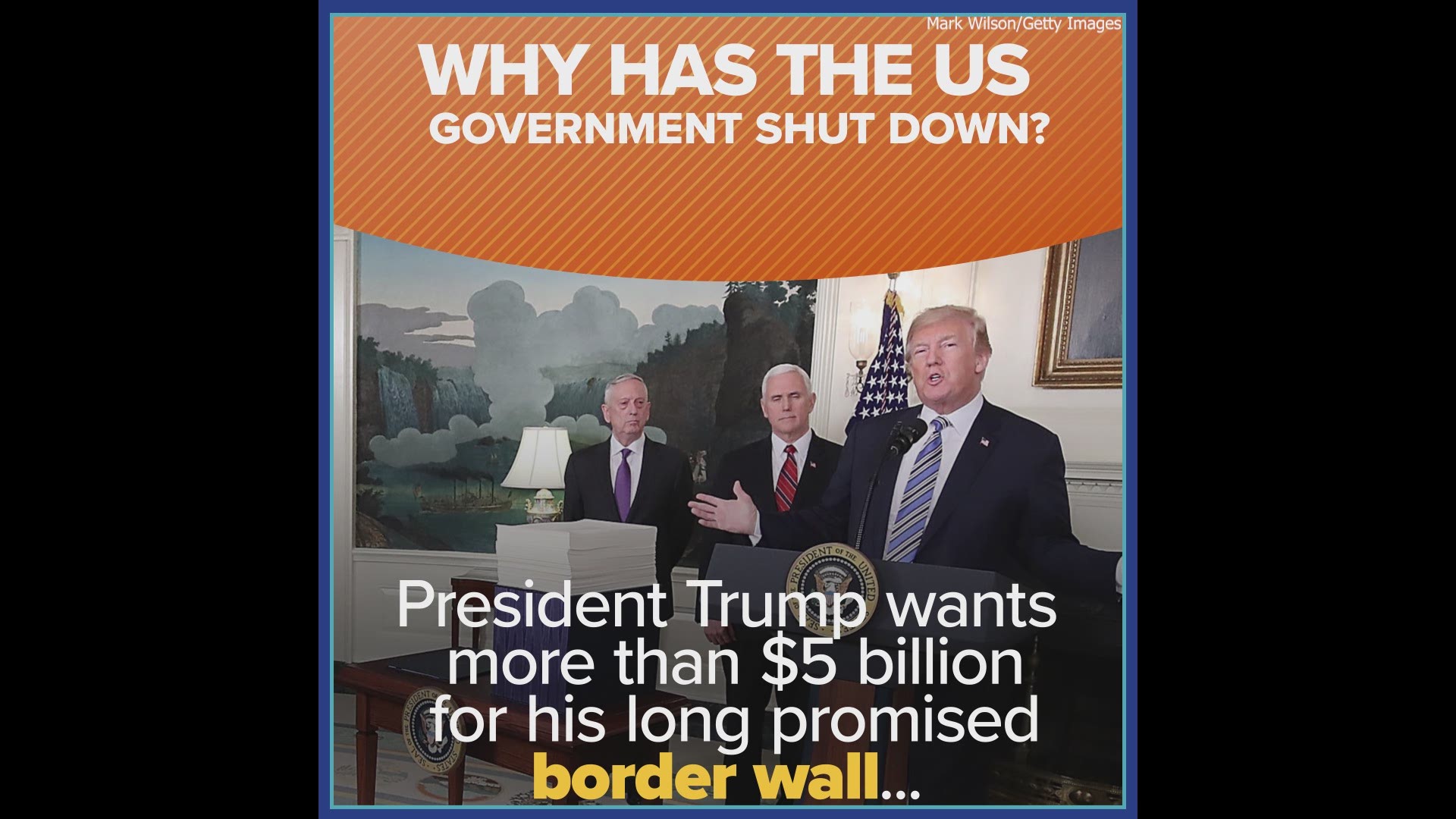 As the government shutdown drags into its third week, many more across the nation are starting to feel its impact.

According to Google, these are the top five things people are searching about the shutdown.

When did the government shutdown start?

Vice President Mike Pence, Trump son-in-law and senior adviser Jared Kushner, and White House budget chief Mick Mulvaney spent time at the Capitol in the hours before the deadline but failed to reach a compromise with congressional leaders.

How long has the government been shut down?

Why is the government shut down in the United States?

The partial government shutdown is a product of gridlock between President Trump and Democrats over allocating funds to the president's desired border wall project.

Congress refuses to approve the more than $5 billion Trump wants to add to the new federal spending legislation that needed to be passed by Friday, Dec. 21 in order to keep the government running.

The Senate had approved a spending measure on Dec. 19 under the assumption Trump would support it and avoid a government shutdown. The president surprised Senators by speaking out against the plan because it didn't provide money for his wall.

Senate Majority Leader Mitch McConnell has said there will be no votes in the Senate on spending legislation until there's a plan the president supports.

What agencies are affected by the government shutdown?

The gridlock blocks money for nine of 15 Cabinet-level departments and dozens of agencies including: Homeland Security, Transportation, Interior, Agriculture, State and Justice.

The lack of funds has already disrupted many government operations and the routines of 800,000 federal employees. Roughly 420,000 workers were initially deemed essential and have worked unpaid, while 380,000 were furloughed, meaning they'll stay home without pay.

Those being furloughed include nearly everyone at NASA and 52,000 workers at the Internal Revenue Service (IRS). About 8 in 10 employees of the National Park Service are staying home and many parks have been closed.

Some agencies, including the Pentagon and the departments of Veterans Affairs and Health and Human Services, were already funded for the year in agreements reached earlier, and have operated as usual.

The U.S. Postal Service, which was busy delivering packages during the holiday season amid the partial shutdown, is not affected because it's an independent agency. Social Security checks are still being mailed, troops have remained on duty and food inspections will continue.

Also still functioning is the FBI, the Border Patrol and the Coast Guard. Transportation Security Administration officers will continue to staff airport checkpoints and air traffic controllers will also remain at work.

Is the government shutdown affecting the IRS?

Tax filing season officially begins Jan. 28, and while those who owe money will still have to pay by April 15, people who are due to receive money back have worried about whether the closure could postpone their payments.

Although a government shutdown usually disables the IRS from a number of services, including issuing tax refunds, a White House official confirmed Monday that taxpayers who are owed refunds will be paid on time.

The IRS also said that that it will recall a large number of furloughed employees in order to process the returns and that those employees will probably work without pay. Under the previous rules, hundreds of billions of dollars in refunds could be delayed because funding would not be available.