Dem defeats widow of Ky. rep who killed himself 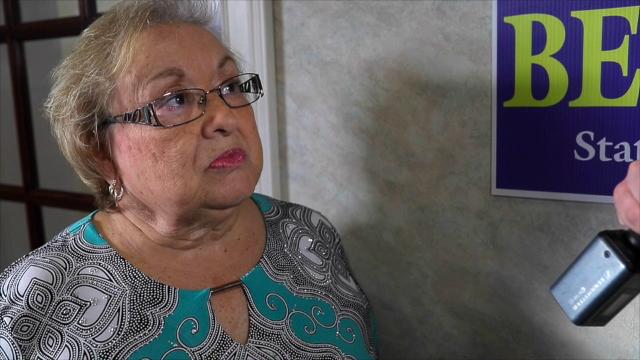 Dan Johnson died by suicide two days after the Kentucky Center for Investigative Reporting published a story saying he had been accused of molesting a 17-year-old girl at the Fern Creek church where he was pastor. The story also linked him to arson cases and alcohol violations at the church.

Less than 24 hours after his death, his wife said she planned to run for his seat, and she was nominated by the Bullitt County GOP two weeks later.

More: Rep. Dan Johnson kills himself days after being accused of sexual abuse

Belcher is a former school teacher and principal. Like her opponent, she entered politics after her husband died. Democratic Rep. Larry Belcher was killed in a car crash in October 2008, and his wife replaced him on the ballot. She served in the legislature from 2008 to 2012 and from 2014 to 2016, when she lost to Dan Johnson.

Rebecca Johnson had suggested that Linda Belcher was involved in an effort by liberal organizations to destroy her husband, a charge that Belcher rejected.

"The only thing I really want to say at this point is that I know the pain of losing a husband," Belcher told WHAS-TV in December. "I've been through that. I don't wish that on anybody."

The two had not met face to face for any debates or forums during the two-month campaign. Johnson cited her conflicting schedule and also called the events "fake debates" in a recent Courier Journal interview.

Rebecca Johnson also denied the allegations against her husband in the Kentucky Center for Investigative Reporting expose.