With all efforts focused on the next festival and getting the grounds good to go, there are dozens working around the clock. 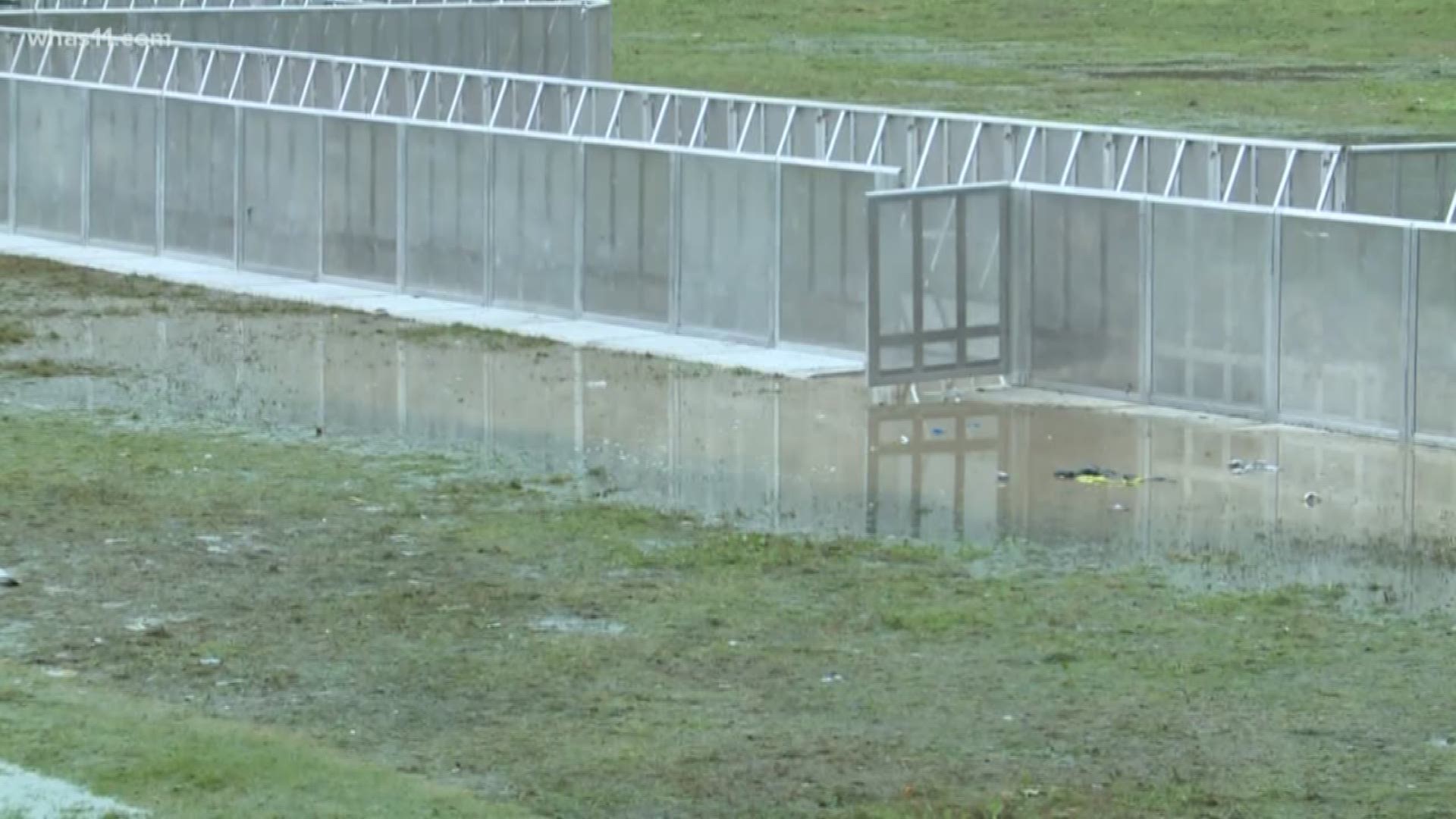 The production company canceled the Bourbon and Beyond music festival a day early, while they shift their focus to next weekend’s festival Louder than Life.

CEO of Danny Wimmer Presents, Danny Hayes, said, "As soon as it stops raining we'll start dropping mulch and some sod- really get the pumps working."

With all efforts focused on the next festival and getting the grounds good to go, there are dozens working around the clock.

But who's responsibility is that?

It’s a metro property but the production company rents the park for the festival and is expected to return it the same condition.

WHAS11 asked to interview Mayor Greg Fischer but his office turned us down, instead releasing a statement that states metro crews are helping with the cleanup.

When we asked about the potential cost on taxpayers the mayor's spokesperson said they “will sort through those things later."

"You are going to have a damage with this kind of rain, and that number of people and the associated equipment at a park,” Metro Councilman Bill Hollander said.

Hollander has been a champion of Champion Park for years, by holding the production company accountable for cleaning up after the concerts.

He says this year will be no different.

But neighbors who use the park frequently are concerned the damage will keep them from the park for months.

"The damage to the park that occurs is beyond Bourbon and Beyond,” Tara Bassett said.

The mud and mess is more than disappointing for those who know the park well and use it daily.

Bassett uses the park to walk her dogs, as does Laila Rumsey and this year they're speaking out saying the damage is too much.

"I think everyone should know what's going on down there,” Rumsey said.

They say the issues stem from what's left behind like chicken bones and broken glass.

They won't use the park until its safe for pets and people, something they say takes time.

"I'm telling you for the last four years we haven't seen the type of clean up that allows us to use the park immediately,” Bassett said.

"I think we all just need to work together to make the best of the situation- and make sure it’s a better experience for everyone 52 weeks a year,” Hollander said.

As for suggestions of moving the concert. It isn’t likely. The promoter has signed a lease for the park for at least ten years.

“Danny Wimmer Presents has been a great partner in helping the city elevate our entertainment game, drawing in thousands of people new to our city. Hotels and restaurants are filled for festival weekends, and the lineup creates exactly the kind of vibe we want to attract people to visit, work and live here. DWP also has committed $500,000 for park improvements over the next ten years, which is of benefit to all park users. The city’s agreement with DWP for its festivals provides that Champions Park be returned to the city in essentially the same shape it was in prior to the events. This weekend was an extraordinary situation, and some Metro staff have been assisting in efforts to get the park ready for Louder than Life. A decision about that will be made later this week, after the rain ends and conditions can be evaluated for safety.”