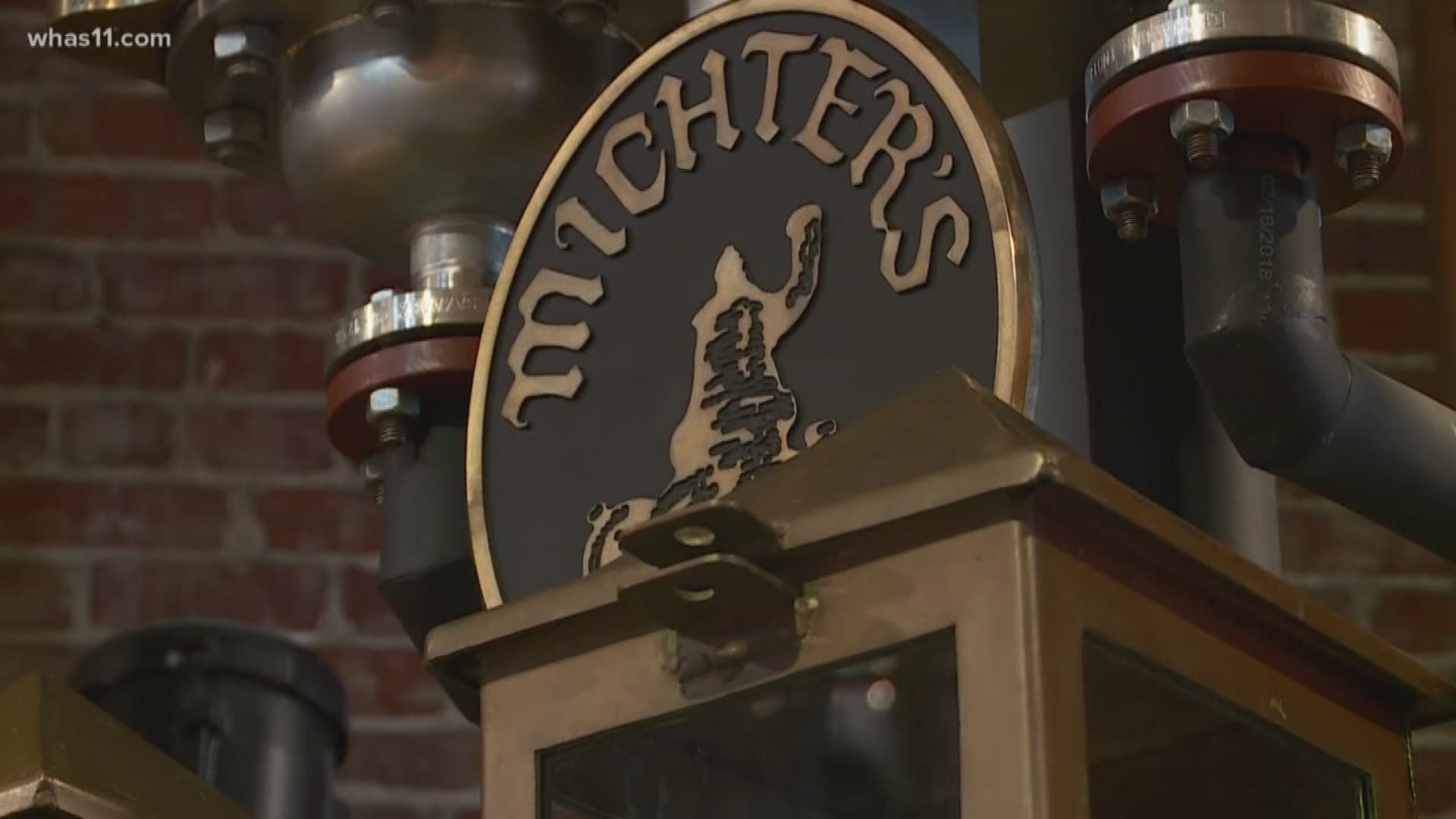 LOUISVILLE, Ky. — It’s been about eight years since Michter’s first set its sights on the Fort Nelson building on Main St in downtown Louisville. Now, its wait is officially over.

Built in the 1890s, the building is named after the very first fort that protected Louisville. It served many uses and at one time it was the “Abraham Hat Company.” But now it will be called “Michter's Fort Nelson distillery.” The remarkable restoration by America's oldest bourbon company took a few years because the building was in such shaky shape. But Michter's plowed millions into it to save a big part of Louisville's history.

The ribbon cutting took place Thursday morning outside its front doors, celebrating Kentucky's bourbon boom and the new distillery. After the grand opening, Michter’s distillery is now cemented its spot on whiskey row. The company has just as much history as the building does.

"Michter’s the brand was established in 1753,” Pamela Heilmann said. "It's been a long journey.”

Heilmann is Michter’s master distiller has been with the company for about six years.

The company, and its president, Joe Magliocco, first fell in love with Fort Nelson 2011, but it took a long time to get the barrel rolling.

“When we got this building, it was actually falling down,” Heilmann said.

The building was 23 inches off-kilter, with immense structural damage.

“It was deemed so unsafe the city closed down the street for over a year,” Magliocco said.

When he found out, the news threatened the company’s ability to open the distillery there.

“That was perhaps the worst email I’ve ever gotten in my lifetime,” Magliocco said. “There was frightening language in it like ‘sudden failure’ and stuff that really would have been not at all good, so I was terrified."

The company then put in over $7 million dollars into renovations, including the installation of a 400-thousand pound steel frame throughout the interior to support the building’s structure.

Michter’s still has its Shively manufacturing plant and distillery. Its location on whiskey row will be a smaller distillery, with a bar. But it will also focus on a visitor-experience, with bourbon education.

It now sits along with all of the other distilleries on whiskey row, all making Louisville synonymous to bourbon as Sonoma is to wine.

“There’s really a growing awareness around the world that great Kentucky bourbon is equal to the greatest spirits in the world,” Magliocco said. “I mean its remarkable to me. The Kentucky bourbon trail last year had just short of 1.2 million visitors."

“When I started in the industry, it was a very different environment for bourbon and American whiskey, Magliocco said. "If you were down fourteen percent you were happy because the other guy was down sixteen percent."

But the wait is finally over, and the business is now booming. Michter’s plans to open its doors to the public for the first tours on Saturday, February 2.