A little boy in Louisville had a hard time finding people who looked like him on TV until Sundays' Tony awards. 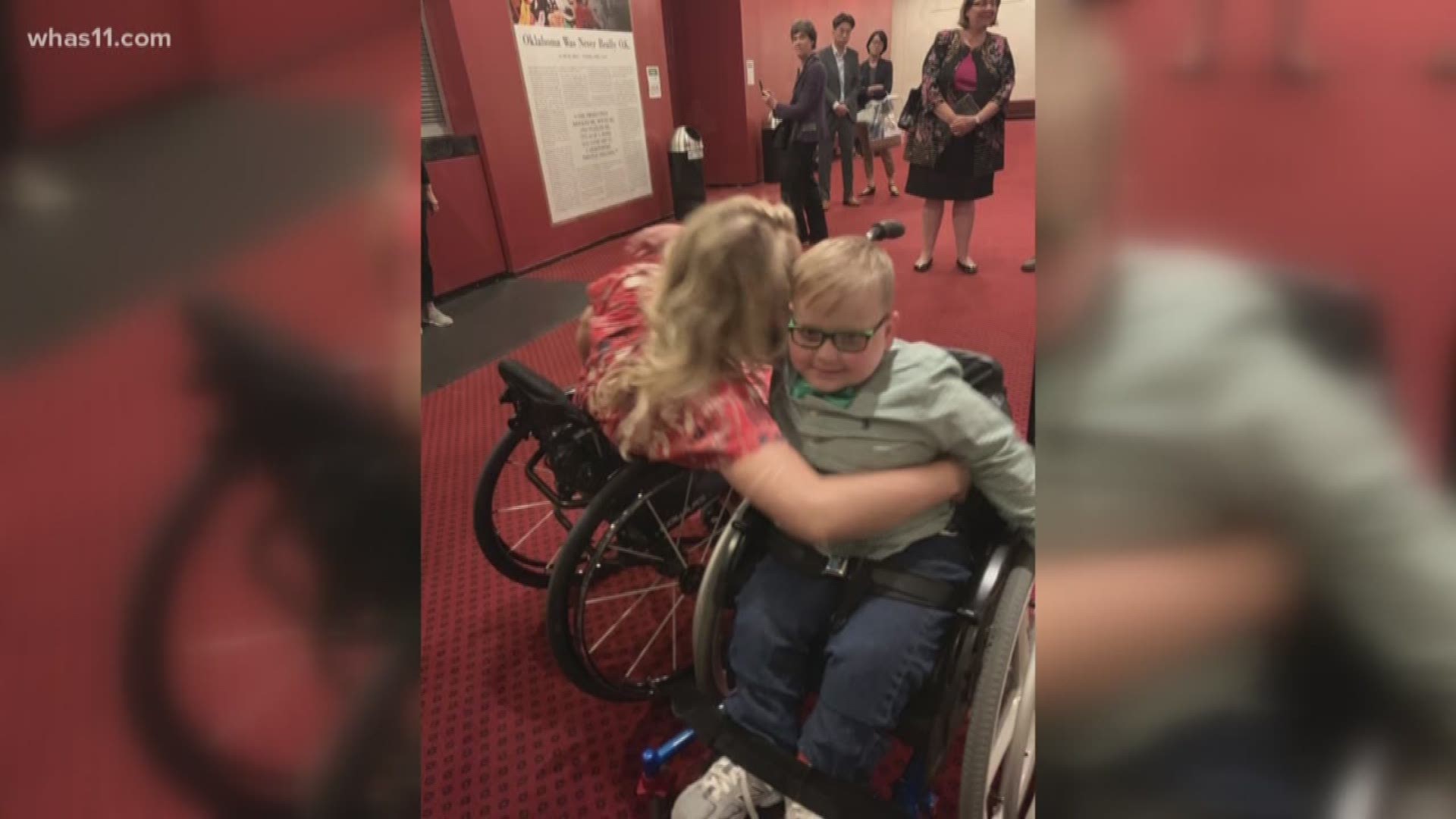 LOUISVILLE (WHAS11) -- When we watch TV we tend to look for characters or people we can relate to, or that share our same struggles.

A little boy in Louisville had a hard time finding people who looked like him on TV until Sundays' Tony awards.

Six-year-old Henry Hinson loves cooking and baseball and his best friend is someone whose name you may have heard—she did just win a Tony award.

On Wednesday, Henry and his mother met Tony award winner Ali Stroker on a network morning show, before getting the chance to see her in "Oklahoma!”

"My brother was thinking that he was represented in that way. If Ali won a Tony, he could be a doctor, he could be a chef, he could be either. He can be whatever he wants. He could even win a Tony too,” Oliver, Henry’s brother, said.

Being a big brother is a big responsibility. Oliver just wants to make sure Henry knows his goals are always within reach.

"They can do whatever job they want to. They can do anything. They just have to do it, practice. Just try it," Henry’s mother said.

His mother knows Henry's struggles can bring hope to other children who don't always find representation in their goals.

"He is inspiring.  He’s been through a lot. but he still wakes up every day with a smile on his face ready to go and ready to learn and do whatever,” Henry’s mother said.

Henry begins baseball this weekend and wants to be a chef when he grows up.