On Monday, the community gathered along Preston Highway to say their final goodbye. 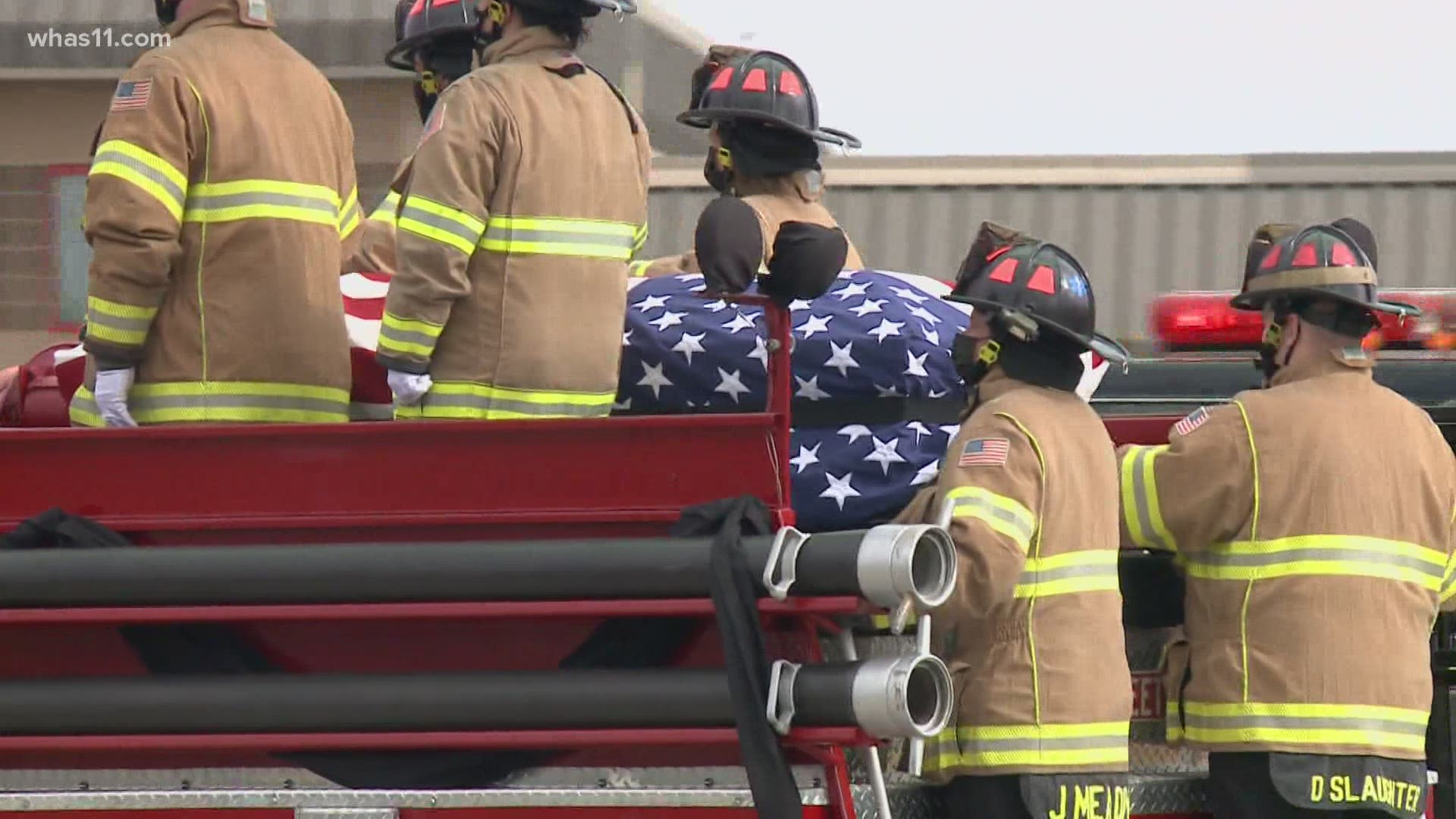 On Monday, the community gathered along Preston Highway to say their final goodbyes. Some of those who stood in the cold to honor Chief Key only knew the man by reputation. Others had their own heartfelt reasons to be there, but for many the moment was also to send a message to the men and women continuing his watch.

It was the second time in a little more than two months the department and community gathered along the route to say goodbye to a long-time colleague and friend. In December, Chief Rob Orkies passed away after battling cancer and COVID-19.

Key, who served with the department for 36 years, became acting chief after Orkies' death.

“One is too many, but two is really something,” said Kenneth Hall, who was out to pay his respects.

It’s something the men and women of the Zoneton Fire Protection District would rather not have to do ever again.

For Kelly Shuff, the moment was personal and bittersweet. The Keys cared for her before she was old enough to go to kindergarten and she grew up with the Chief's son.

“My one last goodbye to Mr. Key who always had a smile on his face and greeted us with kindness and a loving heart every time we were able to get with him,” Shuff said.

Shuff brought her son with her to pay respects and deliver a message to those carrying the chief to his final resting place.

"Heartbreaking and their stoicism going through this twice in as many months shows how much they are striving to do what is best for our community, because they are grieving and their hearts are broken. And to be able to keep getting up in the morning and being a service to our community with that grief on their hearts, it touches all of us that they're able to do that,” Shuff said.

Despite the heartbreak. It's a promise the Zoneton firefighters promise to keep-- for Chief Key, Chief Orkies and those in the community who rely on them.

In addition to his work with the fire department, Key was also an Army veteran, a bailiff, and special deputy in Bullitt County.