"The Chief has received his wings. He will have a head seat at the table where – for all those first responders who has came before him." 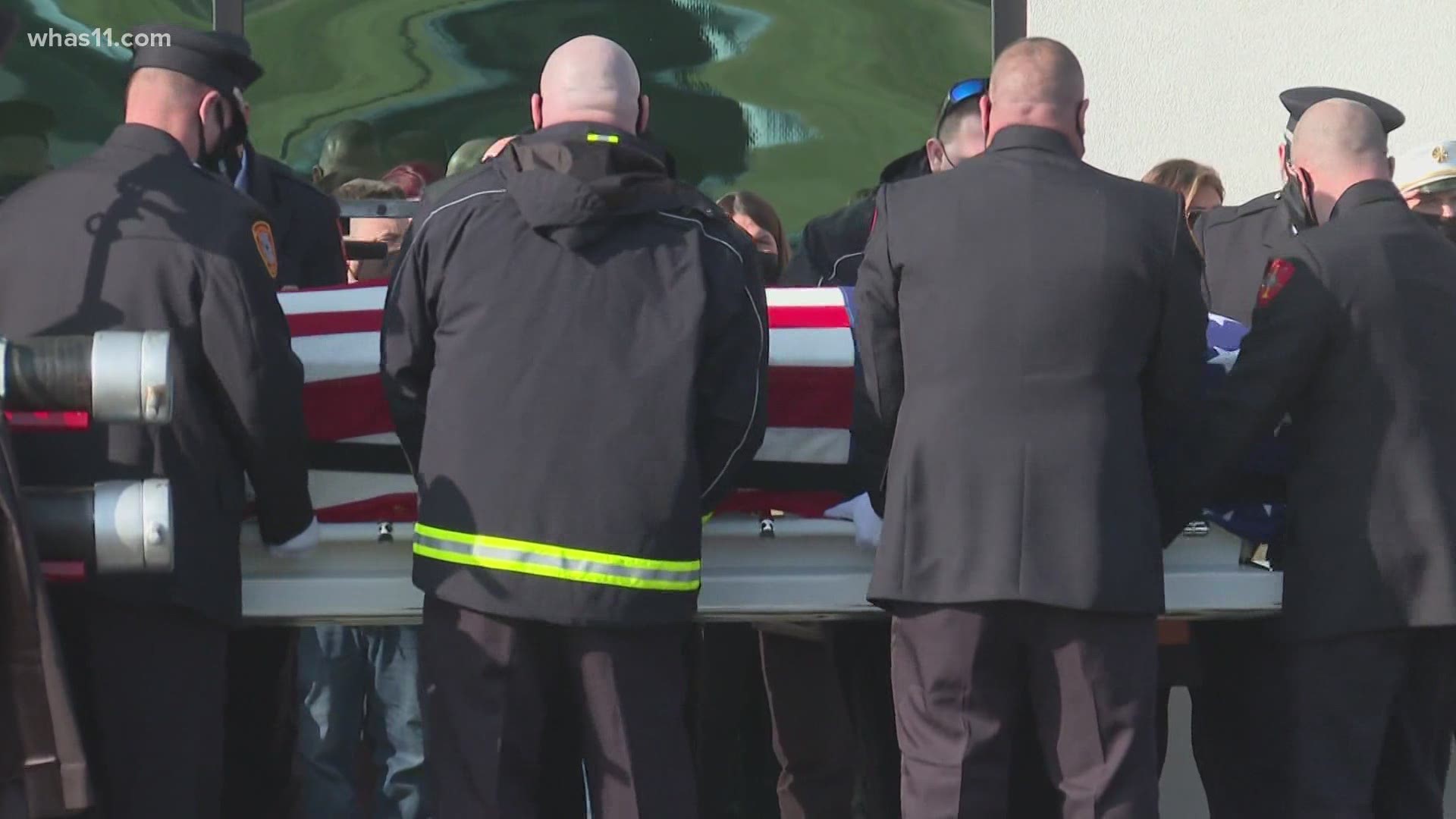 LOUISVILLE, Ky. — A beloved Fire Chief who served his community to save lives for more than 30 years was laid to rest Friday.

Zoneton Fire Chief Rob Orkies died December 11 after battling cancer and COVID-19. Orkies announced that doctors found late stage cancer in his neck and lymph nodes in September. A week into his treatments, Orkies tested positive for COVID-19 and was later placed on a ventilator.

Dozens of family, friends and firefighters attended the funeral service at Okolona Christian Church to pay their respects.

"When my dad died he was one of three people from the fire department who drove on my lawn to Minneapolis from 700 miles away just to be with us," Carlson said. "That meant so very much to the family."

Carlson shared what his remembers when Orkies first took the role as a firefighter.

"Even back then you can tell Rob was destined for greatness in the fire service," Carlson said. "He had the interest, he had the passion, the desire to be an achiever and he had the people skills to go along with."

"In all my years with working with the Chief his respect for others was unyielding," Summers said. "As of today I really don't know if the chief knew my first name – he always called me mister or judge."

"The Chief has received his wings," Summers said. "He will have a head seat at the table where – for all those first responders who has came before him," Summers said.

A large procession followed the funeral service. As Orkies was laid to rest in the Brookland Cemetery, his last call played on the radio.