Battalion Chief Garry Key lost his month-long battle with coronavirus, the second chief with the department to die from COVID-19. 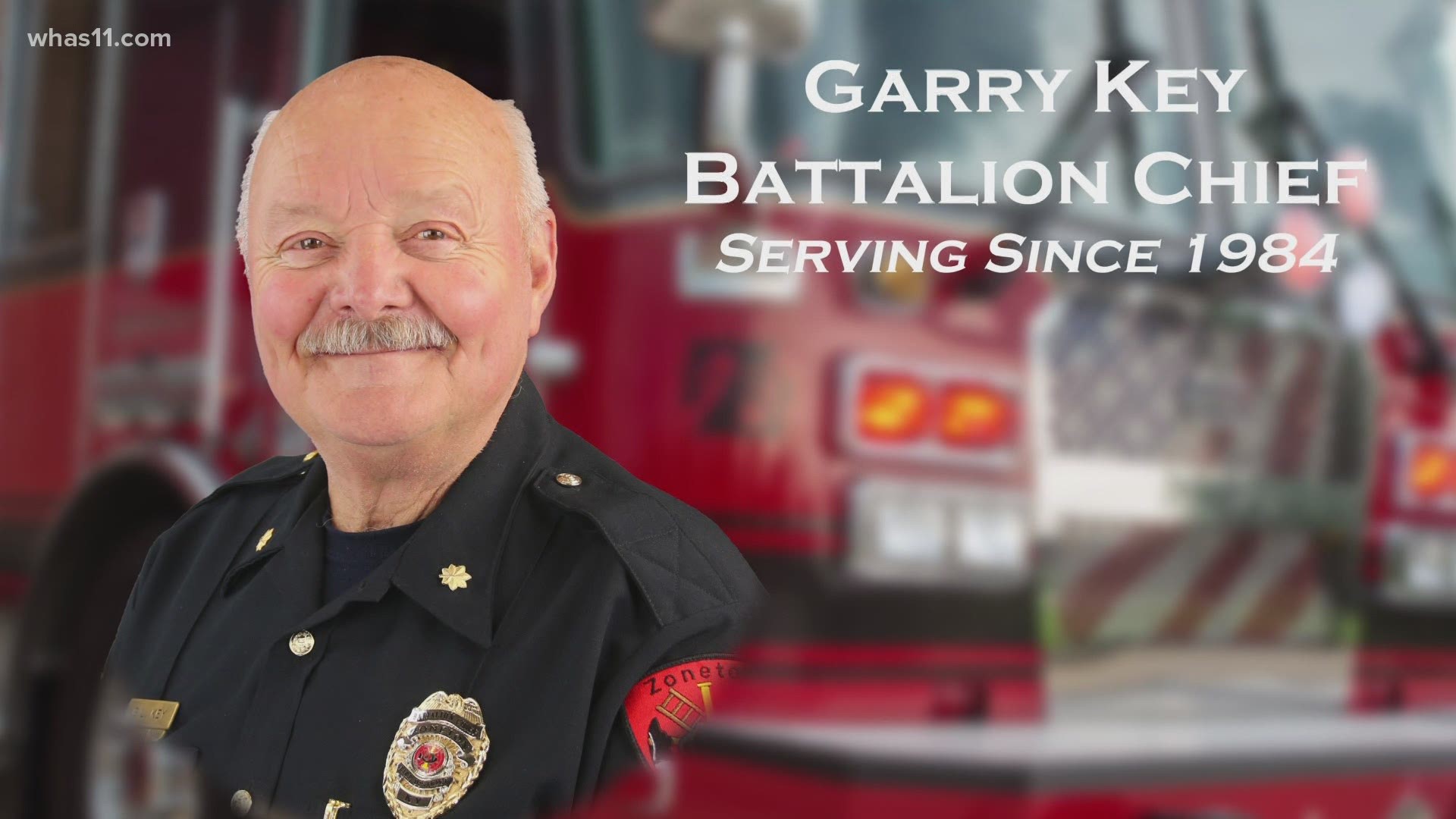 LOUISVILLE, Ky. — Saying goodbye unexpectedly is never easy, especially when you must do it twice in nearly three months.

Battalion Chief Garry Key lost his month-long battle with coronavirus, the second chief with the department to die from COVID-19.

Rich Carlson said this is much more than losing a leader.

“Well, it’s like losing your dad and your uncle very close together,” he said. “It’s more than just a work relationship – you know, we are a family.”

Garry treated the department like his own, putting 36 years of his heart and soul into Zoneton Fire and the community of Zoneton.

It’s exactly why Major Kevin Moultin said the chief would be proud of support being provided by other stations.

“Right now, we have other fire departments making runs for us so we can grieve,” he said. “[It’s] humbling and overwhelming.”

As the department thinks about the legacy left behind, people like Rich and Moultin can’t help but remind the public how important COVID safety is – it’s taken two of their own, who they can never get back.

“Obviously like Rob, Garry’s shoes are going to be very difficult to fill,” he said.

While it’s not easy, the department promises to serve safely and in honor of the lives lost.

“I know these two are going to be looking down as long as we’re giving back to the community.”

Funeral arrangements have been announced for the Zoneton Battalion Chief Major Garry Key.

Chief Major Key will be laid to rest at Resthaven Cemetery.

Officials are planning to make funeral procession stops at the new and old Zoneton stations.

The funeral service will also be streamed, there will be a link posted on their website the day of the service.

If the public wants to pay their respects to Key, they can line Preston Highway but to use great caution.

Key passed away Saturday after a lengthy battle with COVID-19.

His death comes nearly two months after Chief Rob Orkies who also died from the virus.