Organizers of youth violence prevention conference ‘will not be silenced’ after ‘vulgar’, ‘racist’ disruption

The organizers tweeted a message of thanks and reassurance to supporters letting them know their work will continue despite what happened. 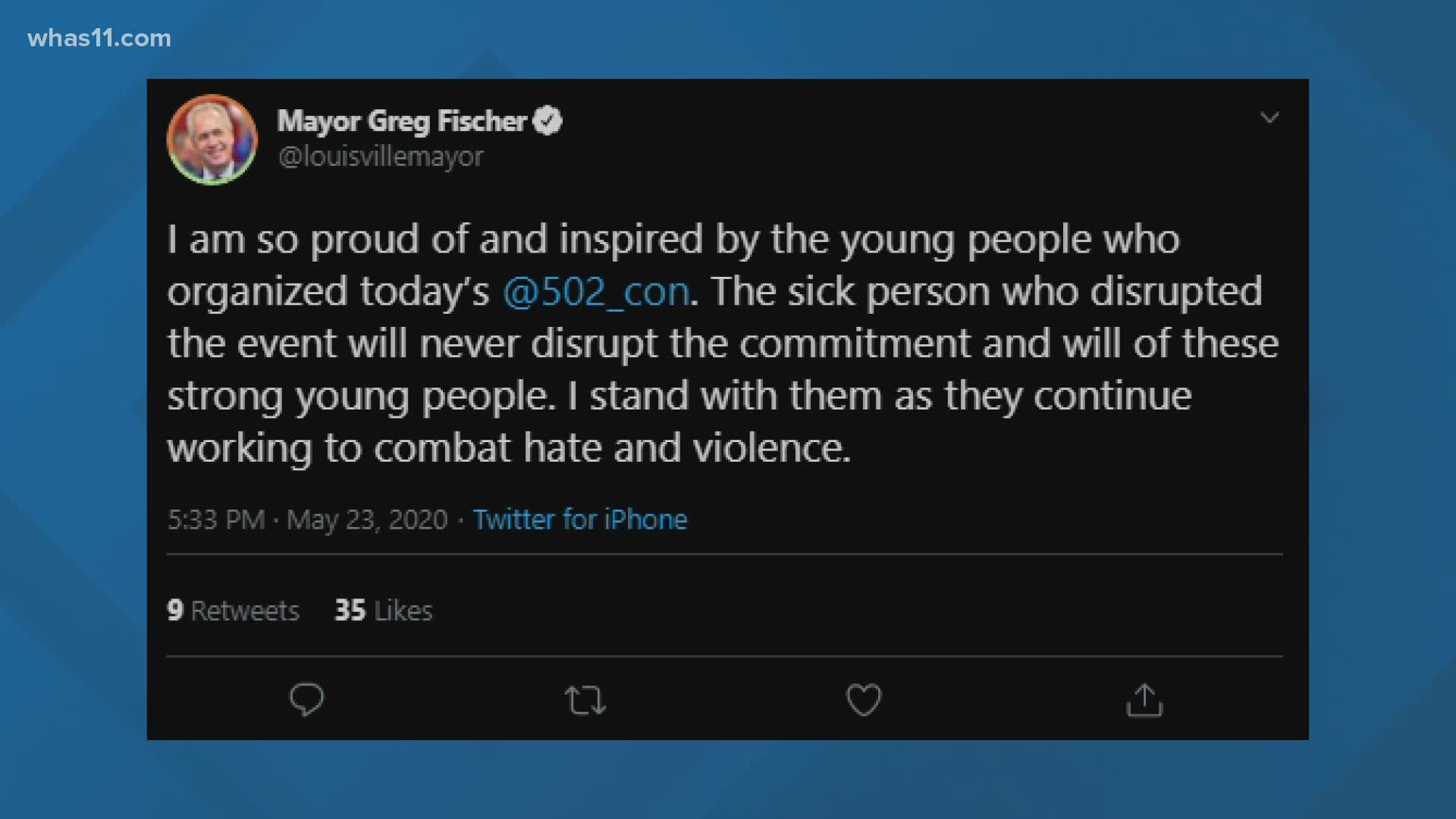 LOUISVILLE, Ky. — The organizers of 502Con, a virtual Louisville youth conference aimed at preventing violence, said they will not be silenced by the individuals who disrupted the inaugural event on May 23.

The organizers tweeted a message of thanks and reassurance to supporters letting them know their work will continue despite what happened.

They said the purpose of the conference was to “bring youth together to enact change in our community and demand a world where we are all safe, healthy and supported,” but the event was hacked by individuals who wanted to silence that message.

Rep. John Yarmuth said the event was disrupted with “vulgar images” and “racist words.” He said he is sickened by what happened but inspired by the leaders who “refuse to back down” in the face of hate.

Louisville Mayor Greg Fischer also addressed the disruption, saying he stands with 502Con “as they continue working to combat hate and violence.”

According to a news release, 502Con is a youth created and led event inspired by YARD CON, a digital conference for black students presented by Watch The Yard. Earlier this week, local youth leaders Imani Smith, Jailen Leavell and Ahmaad Edmund announced the conference in partnership with Louisville Mayor Greg Fischer, the Metro Office for Safe and Healthy Neighborhoods and the Youth Violence Prevention Research Center (YVPRC).

“Our hope is for 502Con to raise public awareness surrounding the issues of violence in the city by bringing together youth from all neighborhoods to discuss the crucial problems and root causes that lead to violence of all types across all demographics,” said Imani Smith, a member of the Mayor’s Youth Implementation Team, said in the release.

RELATED: Shootings in Louisville double during pandemic while families cope with new ways to grieve