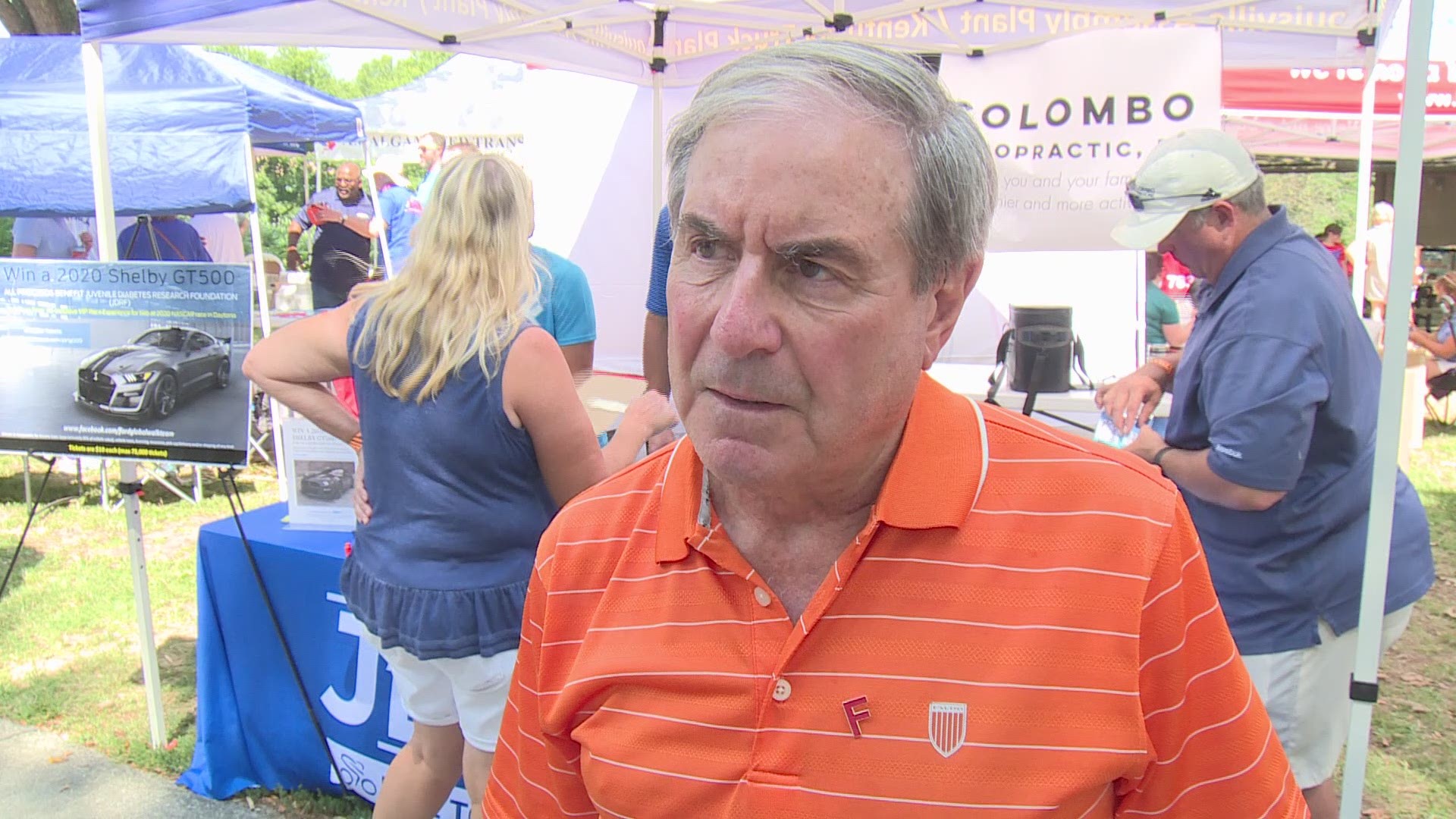 The Louisville Democrat is the lone member of his party serving in Kentucky’s Congressional Delegation. WHAS 11 Political Editor Chris Williams caught up with Rep. Yarmuth about the US Senate race that has been a focus even more than a year before voters decide.

Senate Majority Leader Mitch McConnell is up for re-election in 2020 and the opponents are starting to line up. Retired Marine fighter pilot Amy McGrath has raised the most money of the Democratic primary opponents and well-known Kentucky Sports Radio host Matt Jones has now formed an exploratory committee to consider a bid.

We asked Representative Yarmuth whether he was ready to support McGrath in the primary, to which he answered, “I’m not taking any position in the Democratic primary.”

He added that he thinks a contested primary is good for the party and that, “it will make whoever survives this a much better candidate in the fall against Mitch. I’m not trying to stop any primary, I think it could be healthy for us.”

When asked whether Matt Jones should enter the race, or if he plans on buying Jones’s book about Mitch McConnell, Yarmuth replied with a laugh, “I will be buying his book”.

WHAS 11 Political Editor Chris Williams asked the follow-up question, “Should he (Jones) get in the race?” Yarmuth replied, “You know, I say, ‘the more the merrier.’ Matt’s got a lot of ability I probably, if I were in his shoes, I probably wouldn’t because, give up his media franchise I think for what would be a probably long-shot run. And I’ve told him that. But he desperately wants to run against Mitch McConnell so more power to him.”

When asked whether he would run against Sen. McConnell, Yarmuth first answered, “I have no desire to run against Mitch McConnell. “ Then, with a smile, he added, “I would say this, if Mitch McConnell would agree to debate me five times in public, I’d do it.”