Ruplinger's attorneys say the officers took the photo, despite Ruplinger begging them not to. 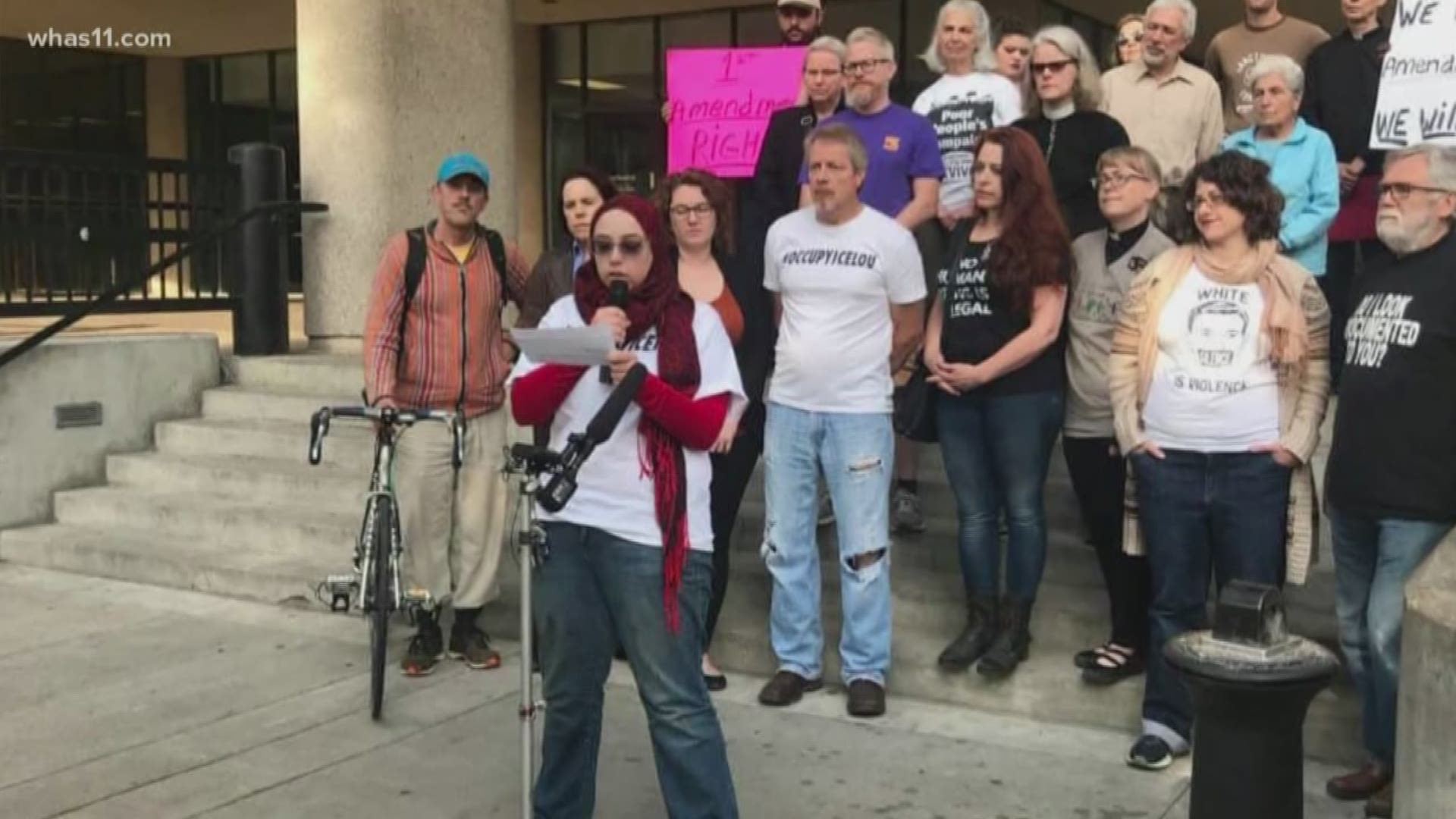 LOUISVILLE, Ky. (WHAS11) – A Muslim woman is suing Louisville Metro Corrections and the city after she says she was forced to remove her hijab for a mugshot.

Clara Ruplinger was arrested during an ICE demonstration in July 2018 at the Heyburn Building, protesting the separation of families at the border.

When booked, Ruplinger says female officers initially had her remove her headscarf for evaluation and then allowed her to put it back on for her mugshot.

"However later, multiple officers approached her and said you have to take your scarf off so that we can take a picture to properly record your head dimensions," Ruplinger's attorney, Soha Sayed said.

Ruplinger's attorneys Jeremiah Reece and Soha Sayed say the officers took the photo, despite Ruplinger begging them not to.

It is against her religion to show her hair to men who are unrelated to her, which she said made it even more puzzling why that photo was made public, instead of the one with her hijab.

"There is no explanation whatsoever and has been no explanation for why they decided that that was the photograph that they would make publicly available," Reece said.

At the time, Metro Corrections booking process policy stated photographing and fingerprinting is to identify marks or other physical features. Those rules were in place since 2010.

Prior to filing the lawsuit, Reece and Sayed reached out to Mayor Greg Fischer and the county's attorney office.

Louisville Metro Corrections' policy was updated in February 2019, allowing inmates to keep a religious headwear in place during a mug shot.

"We want training for the officers," Sayed said. "If this policy that they have changed as of February is something that they're serious about then they should train their officers."

The attorneys are asking officials to remove Ruplinger's mugshot from open records. They are also requesting the city pay damages but have yet to determine how much.

WHAS11 News reached out to the Mayor's Office and Metro Corrections and both say they will not comment on pending litigation.